You can Google “Theranos Controversy” and read your fill. Here is one article from Fortune: http://fortune.com/2015/10/29/theranos-board-restructure/

Long-story short: the company was founded by Stanford drop-out Elizabeth Holmes and claims to be able to disruptively transform the hugely expensive and complex lab test sector of healthcare. But the WSJ had a hard review of Theranos’ claims and they have been scrambling ever since: http://www.wsj.com/articles/theranos-has-struggled-with-blood-tests-1444881901

Holmes has been positioned as a woman Steve Jobs, and been lauded with more recognition than you can list, from Obama, to being anointed a beautiful style icon. The valuation of Theranos puts her worth at over $4 Billion.

Theranos, through Holmes has indicated they will be releasing more data on their testing capabilities and performance.

This will be very interesting.

I think the media stories have been a bit unfair to Theranos. OTOH, Theranos has not been entirely forthcoming and transparent with regard to their actual capabilities and the nature of the services they actually offer.

In any case, I don’t think Theranos is doomed, and I think about 85% of this scandal is manufactured drama. It’s interesting to watch, though.

Yes, I think it is being oversold because there has been a lack of access, so worst-case scenarios about their product’s performance can be spun out. The data will tell the tale.

Well clearly not oversold. The company is shutting down it’s blood testing facilities and firing 40% of its workforce. 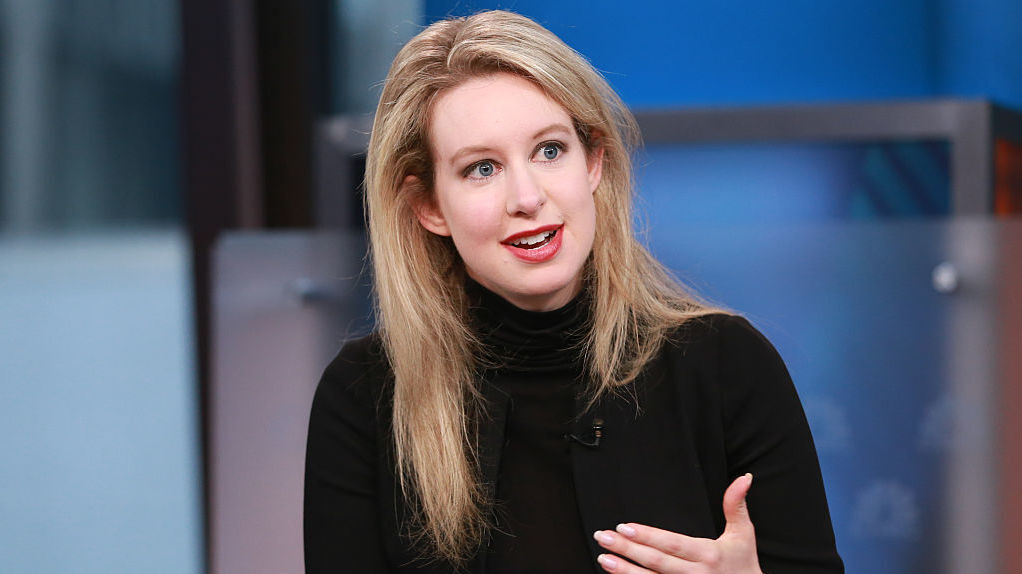 Theranos Is Shutting Its Blood-Test Facilities, Shedding 40 Percent Of Workers

The company has been under scrutiny from federal regulators over its blood-testing technology. Theranos says it will focus on a testing product called miniLab.

Our group had the opportunity to be an early investor in Theranos, back in 2014. The pitch was made shrouded in great secrecy attempting to add to the mystique of the investment opportunity. Their pitch was primarily based upon Larry Ellison’s backing of this whiz kid that was the next Mark Zuckerberg. The science behind the company, was treated more like the man behind the black curtain in the Wizard of Oz, you don’t need to pay attention to that.

I’m about halfway through “Bad Blood”, the book by John Carreyrou (the journalist who wrote the Wall Street Journal article linked above).

It’s quite a story, if only for the tactics that Theranos and their ruthless legal team used to intimidate people into silence. Founder Elizabeth Holmes is a fascinating character, with an almost supernatural gift of gab, and accompanying lack of conscience.

One of the patterns that got them into trouble from the beginning was announcing milestones prematurely, ginning up temporary faked workarounds when things didn’t perform, and then lying about them. As Carreyrou points out, such sleight of hand isn’t unheard of in the cutting-edge tech world. But a cellphone app that counts calories incorrectly is one thing; blood tests that tell people they do (or don’t :eek: ) have cancer do a hell of a lot more damage.

I’m about halfway through “Bad Blood”, the book by John Carreyrou (the journalist who wrote the Wall Street Journal article linked above).

I read it a couple of weeks ago. I couldn’t put it down and spent most of a weekend reading it. It’s a riveting story with some genuinely frightening moments.

While I was reading it, I kept thinking, “This would make a fantastic movie.” Well, of course Hollywood is way ahead of me. Adam McKay, the director of The Big Short, will be filming it, and Jennifer Lawrence will play Elizabeth Holmes.

More bad news for the Emperor.

The original Wall Street Journal article (behind a paywall) contains a heart-rending detail involving George P. Schultz, the former cabinet member under presidents Nixon and Reagan, and his grandson Tyler Schultz, who worked at Theranos right out of college and was a crucial early whistleblower. George, who sat on the company’s board, initially sided with his grandson, but Elizabeth Holmes drove a wedge between the two Schultzes, who are now estranged from each other. Tyler’s parents are also out $400,000 in lawyers fees spent defending him from the company’s mobster-like tactics.