Help. I suck at chess

Like a million other idiots, I decided to get back into chess after years of not playing and I have forgotten everything. I’ve managed to get my chess.com rating all the way up to… 850. Oh boy.

I just can’t SEE. I cannot plan ahead, I just react. How do I get better at this?

There are LOADS of resources out there for this. Many are free. Heck, there are many YouTubers providing commentary and help on games.

Try this for beginners: 5 Great Chess Books For Beginners‎

Chess can be learned in five minutes. It takes a lifetime to master.

I am no chess grand master. I’ve posted my bonafides in a different chess thread.

Just, if you can play, take some time to ask yourself, “Why did my opponent do that? What could they do next to build off that?”

The other part of it, and that’s going to take some study, is to understand what makes for good tactics in chess. You want to make good tactical moves, obviously. You need to know what a good move is to get a framework to understand your opponent’s tactics and come up with good ones of your own.

Are you trying to memorize certain moves for the beginning? Of course there are standard openings, but in those are, IMHO, more a way of classifying them than dictating them. Consider learning principles just as you would for many other endeavors. Chess Strategy Online, for example, has the list–again, not dictating, but generally good advice, which I learned as a young’un oh so many years ago (I left out the explanations in the quote below):

While some might consider a little bit of this to have “weasel words”, after some experience, you will get to know what “too many” and “early” mean.

One of my brushes with fame is I roomed at Goodfellow AFB with a member of the Army’s Chess team (yes, there is such a thing–or at least was way back in the 1980s.). He taught me Chess techniques and I taught him Go techniques. Our other suitemates got a laugh out of his always telling me “Complete the combination!” when we played Chess and me telling him the same when we played Go.

Don’t make too many pawn moves

This helped my newbie chess game a lot. Pawns are the weakest piece on the board but they help anchor and defend really well. Since you cannot move them backwards you need to be judicious about moving pawns forward.

I am FAR from an expert chess player but I have caused my opponents plenty of problems when my pawn line is still (mostly) intact well into the middle-game.

This is not to say don’t use your pawns…definitely do (you have to). Just don’t move them willy-nilly. A good pawn game, I think, is at the root of most good chess games.

Which reminds me of two points.

Each phase has its own goals and it is important to stick to them (e.g. opening game is about developing pieces and gaining board control, middlegame is about implementing your attack plan, endgame is as it sounds…finishing the game).

Those phases may sound trite but they aren’t. They are fundamental to the game. As you play you will naturally being to have a feel for these phases and develop an appreciation for their distinct playstyles.

This may all sound goofy but this is why chess is a wonderful game. So much nuance.

There’s some very good, practical stuff in this thread.

When you can watch the video below and appreciate the genius of it you know you understand chess. You may not be great at chess (you do not need to be) to understand this at all to appreciate it. Same as you need not be an artist to appreciate good art. But you need a good grasp of the basics to see what is happening.

There are a few games called the “game of the century” but for my money this is the one. Bobby Fischer was 13 when he played this game and his opponent was a well established chess master. Fischer cleaned his clock with perhaps the best queen sacrifice in the history of chess. Pure genius.

I queued it up to just before the big move but watching the whole game and how they got there is worthwhile. 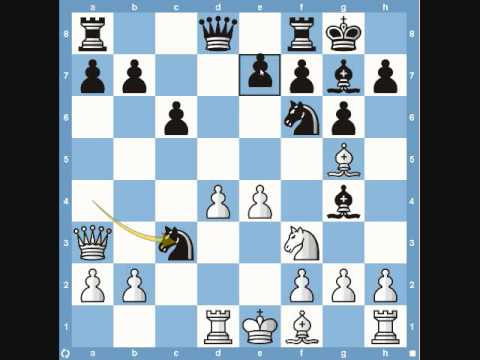 What is y’all’s opinion of playing against a computer? There are plenty of computer chess apps out there, and most of them can beat me even on the “easiest” setting. Am I actually learning anything that might be of value when, later, I play against a person? Or are computer programs of no value? Or something in between?

(I always play – I forget the name – Castellino? – where you build a fortress in the corner and hide the king there. It never works, but it forces the besieger to work to crack the nut.)

Computers these days make good opponents and you can definitely learn when playing them. You need to be at a pretty advanced level before a desktop computer can’t beat you.

Honestly, people are easier because they are more likely to make mistakes.

What is y’all’s opinion of playing against a computer?

In my view, it’s a good learning experience from two standpoints – first, the simple fact that playing more helps to develop your skill, and second, the fact that some programs have a lot of flexibility in letting you take moves back, offering move suggestions if you’re stuck, or setting up specific positions. Shredder is a good example (at least, the version for Android, but I think the Windows version is even better). It also (optionally) warns you if you make a particularly weak move – although if you’re playing at a low setting its judgment may not be so good. But I found it a good training tool for regaining experience.

I have the same problem. Been playing online chess almost daily for some years now, and my rating is always somewhere between 1000 and 1200. All my moves are random and ad-hoc. I never think ahead or work towards a plan. But I can safely attribute this to my general aversion to details. I could never read a chess book.

Back in the day when I got regular practice, I was great at endgames and pretty good at midgames, but none of it mattered because I sucked at openings, such that by the time I got to the midgame I was so far behind that “pretty good”, or even “great”, wasn’t enough to make up for it. In retrospect, part of the problem was that, when I was a kid, the instructors whom I considered knowledgeable all said that the way to get good at openings was to learn “the book” of openings, and I didn’t have the patience for that. That was bad advice, and if I had instead been taught the principles of openings (just like I knew the principles of endgames and middle-games), I probably would have done a lot better.

Just playing more might make you somewhat better. I think chess.com has some actual lessons and tutorials which are quite good. If you invest the time, they would improve your play. Or you could get a good book on basic strategy, of which there are many.

Although there are a lot of openings and defences, you might want to concentrate on just a couple openings and use those much of the time to get better at them. If you suck at openings, I’d consider studying Queen’s Gambit (Accepted/Declined), which leads to solid positions, is easy to understand at a superficial level - but is very deep, and which often throws off novice players.

I agree with previous posters that practice will help. Also computers are helpful because:

It’s also true that in the openings you should try to:

However to help you ‘look ahead’ (which is a vital skill), I suggest you try some basic checkmates and endings (instead of full games.)
The reasons are a) there are far fewer pieces; b) you can succeed (or fail

I don’t know your level, so try these scenarios (easiest first) until you are perfect at them:

I have offered training games on this board many times, with me providing advice.

If you like, I’d be happy to do that.

In retrospect, part of the problem was that, when I was a kid, the instructors whom I considered knowledgeable all said that the way to get good at openings was to learn “the book” of openings, and I didn’t have the patience for that. That was bad advice, and if I had instead been taught the principles of openings (just like I knew the principles of endgames and middle-games), I probably would have done a lot better

This is excellent advice.

Experienced players do not ‘memorise’ openings - they understand the ideas behind them. Thus when a new, unexpected move is played, they can work what to do.

I’m just popping in to suggest avoiding Chess With Friends, it’s nothing but spam bots now. It’s fine if you know who you’re playing against, but random opponents will likely want to sell you Bitcoin or have a pic of an attractive female and suggest you move the chat offline to Google hangouts.

You need to be at a pretty advanced level before a desktop computer can’t beat you.

Just a minor correction to this: these days, you need to be another computer before a desktop computer can’t beat you. That is to say, there are desktop computer chess programs available today that will beat the best human player in the world.

I didn’t know they’d gotten that good and that compact, both at once!

And I’m old enough to remember the claim, “Computers can never play a game of chess, let alone win one.” Heh! Go, 'puters!

Garry Kasparov used to say that you might just as well expect a computer to outwrite Tolstoy or outcompose Mozart as to outplay the world chess champion. In his defense, I doubt he really believed this, but simply felt it incumbent on him to be the champion of the game in every sense.

Coming from Kasparov specifically, that’s a bit more justifiable. His major skill, what put him ahead of the rest of the best of the best, was an exceptional ability to read his opponents. And that’s something that computers still lag far behind humans on. It’s just that there are other ways to be good at chess than the way in which Kasparov was good at chess.