A thought it was a rabbit due to it’s size. The body shape was like a beaver save for a round thick furry tail. He is in Central Arkansas near a wooded area next to the Arkansas River. Is is brown or gray in color.

My first guess would be a muskrat.

He had a bushy tail; muskrats seem to have a naked tail.

They seem to be found in Arkansas. I’ve never seen one myself but they seem to have a round, furred tail. 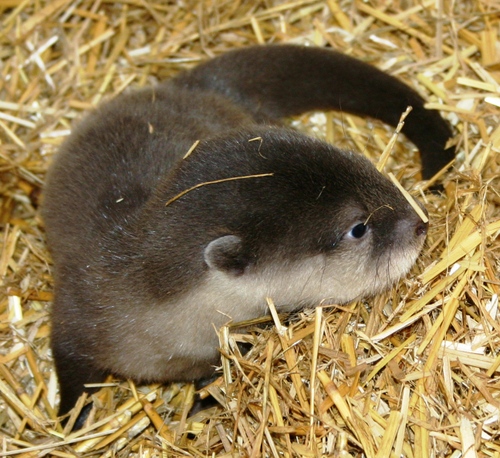 How about a Fox Squirrel if it appears rodent-like. Or possibly an American Mink

That’s Eb. His fambly’s good folks, they just a little funny is all.

My first thought was groundhog, but his tail was much longer. It was quite furry, like an angry cat or a squirrel, and nutria and muskrats seem to have near naked tails.
Way too big and fat for a squirrel. He waddled trying to run away from me. My first thought was that he was ill being near human habitation, so I left him alone. He moved like a coon or o’possum.

I did not see.

He must be Marmota monax monax , a woodchuck. Perhaps I misjudged the tail length in sheer terror of watching him waddling towards me.

Here she comes now saying monax monax
Tail’s too long, turn around; must be monax
Chucking in the woods and I feel alright now
Come on if it could chuck that wood
You know it would, Yeah you know it would
I say yeah!
Yeah!
Yeah!..

That marmot is le cute. He looks like a woodchuck, or groundhog, which is what I call them. Are they the same animal – woodchucks and groundhogs?

Are they the same animal – woodchucks and groundhogs?

Aw, nuts. And here I was hoping that it was a chupacabra.

Aw, nuts. And here I was hoping that it was a chupacabra.

We have no goats for it to carry off, and the occasional rabbits I’ve seen could have given this guy a fight on a size to size basis.