Help me with my wife’s Grandfather clock

My wife has owned a seven-foot grandfather clock ever since I’ve known her (since 1991), and it has remained unused in a corner for at least ten years. This past weekend, we placed it back into service (her nephew did, while I was at work). The clock was wound, the weights raised, the hands and moon-phase dial set, and the pendulum set in motion. It looks and sounds great!

But the chime is three hours behind the movement. That is, at midnight tonight, after playing the Westminster chime tune, it chimed NINE times instead of twelve. I stayed up an extra hour to confirm this, and sure enough, at 1:00 am it struck TEN.

Does anyone know of an easy and straightforward fix for this?

Wrist watches have similar problems. The calendar dial changes at midnight. Sometimes the hands had slipped and the hour hand would be wrong. A watch repair shop has a tool to remove the hands and press back on. So they align with the calendar.

My seconds hand came off and disappered inside the watch. The repair shop fixed it while I waited.

If your grandfather clock chimes the wrong hour, this will be a quick fix to set it correctly and your clock will be in perfect hour sync.

If it were my clock, and it hadn’t been used in decades, I’d find a qualified and well-reputed clock maker to give it a thorough cleaning and regulation. It might cost some money (I’m guessing a couple hundred, at least), but if it’s a good clock, it would be worth it to know it had been properly maintained.

It would be great to get an old clock cleaned & serviced. Finding anyone local would be a challenge. You’d have to check on a clock forum for references.

There was a time that people came to homes and serviced the clocks. It was a lucrative trade that ended a century ago.

You wanted to put it at the top of the staircase
But I said you couldn’t, 'cause it might run down.

Where, oh where are you tonight
Why did you leave me here all alone
I searched the world over and I thought I’d found true love
You met another and >Pfft!< you was gone.

From one of my favorite filkers, Frank Hayes singing “Grandfather Clock”: 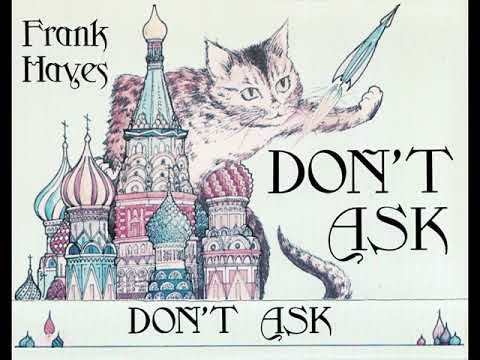 The clock my parents had, had a piece of metal hanging down in the side where the “bell” was. When you pulled it, the next hour would ring. If your wife’s clock have a similar feature, you just pull it three times and the hour chime will be synchronized again. Otherwise remove the weight for the chimes and move the hands nine hours forward.

There was this show on Netflix last year called The Repair Shop where the “cast” repaired stuff like clocks, paintings, ceramics, furniture, you name it. It’s British, it’s fascinating and if there is a second season, I’ll have to re-new my Netflix subscription.

Googling, The Repair Shop is currently airing its ninth series/season in UK, and according to Justwatch, five series/seasons are available on Discovery Plus.

I suppose it would be best if I give y’all an update now. I followed the link given by aceplace57 in his response, and used the technique that was provided there. Result: the clock is running perfectly now.

Many thanks to all, and carry on with whatever conversations you want to have about this topic.

My two clocks with manual chimes always take a few days to “catch up” after a time change. Might be the same if you’ve just started it again after a long time.

Excellent! Thanks for the tip.

I came to follow this as I have a mantle clock that I wind too tight. Then I saw this:

There was a time that people came to homes and serviced the clocks. It was a lucrative trade that ended a century ago.

Alfred Hitchcock was in the musician’s apartment to wind a clock in The Rear Window.