A lot of people have an impression of Hillary Clinton as this kind of hard-edged, calculating person. I think many of them would, if they are keeping an open mind, see her differently after reading this profile. I suppose one could speculate that it was all cooked up as some focus-group-tested campaign on her part. But to me, it has the ring of truth. I don’t think anyone maintains a false mask that long and that consistently.

P.S. If I saw a Clinton thread anywhere, I would have just put this there instead of starting a new thread. Seems strange that we don’t have one.

Clinton inspires genuine admiration and loyalty from those close to her. To those she trusts, she’s open, vulnerable, and nice.

The problem is that she’s been conditioned to not show vulnerability in the public sphere. Her husband didn’t let the incessant attacks change him. She did, and it goes back much further than national Republicans. It goes back to Arkansas and how the public negatively viewed a strong woman who kept her last name and wouldn’t conform to being what they thought a first lady should be. She’s been someone she’s not in public ever since.

So you’re saying she got an OS upgrade? Hillary version 5.16 or something?

How was it that Newt Gingrich described HRC to his mother? Oh, yeah…“She’s a bitch!”

“When in public, Hillary smiles and acts graciously,” Kessler explains. “As soon as the cameras are gone, her angry personality, nastiness, and imperiousness become evident.”

Hillary’s so-called Love and Kindness routine is a deliberate and phony construction intended to make her appear the opposite of the way the left portrays Donald Trump.

Kessler is a hatchet man who was chief Washington honcho for Newsmax from 2006-1012. A card carrying member of the lunatic right, he apparently thinks that Obama’s terrible management of the secret service will only be rectified by his assassination. Wow. What a nutcase! http://talkingpointsmemo.com/edblog/really-politico

Kessler is an enthusiastic supporter of Donald Trump’s run for the Presidency. His unsourced claims are dubious. 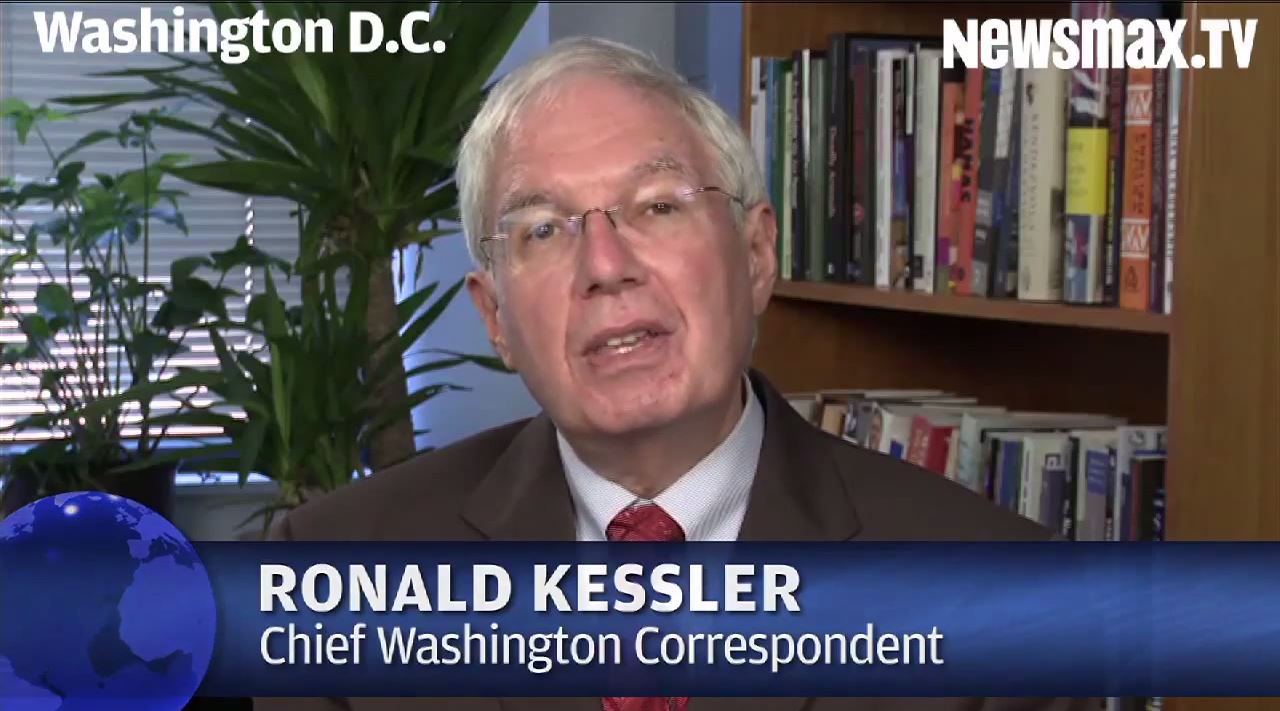 Ronald Kessler reportedly attacks Bill and Hillary Clinton with anonymously-sourced stories in his forthcoming book The First Family Detail: Secret Service Agents Reveal the Hidden Lives of Presidents, according to British tabloids and The New...

When a Congresswoman resigns from the DNC to endorse HRC’s opponent, because she sees HRC’s record as Sec’y of State as reckless, warmongering, and criminal,that is the perfect time to talk about a Buzzfeed page.

I skimmed it for the pictures. No kitten GIF’s, I am disappoint. I didn’t realize Buzzfeed did this kind of old-fashioned puff piece.

Yes, yes foolguinea: Congresswoman Tulsi Gabbard, whom I had never heard of, is really going to turn things around for Bernie.

You are grasping at straws.
That said, I concede there are serious issues vis a vis international intervention. Gabbard is less interventionist that Obama: she opposes the Obama administration’s Syrian policy and has sponsored a bill calling for, “an immediate end to the illegal, counter-productive war to overthrow” Syrian dictator Bashar al-Assad. I’m in Obama’s camp. Clinton is more interventionist than Obama. I’m frankly not sure how much in practice.

Rubio wants ground troops in Syria. The quagmire in Iraq has left his neoconservative ideology unaffected and fully in tact.

Today’s NYT had an article on Clinton’s push for intervention against Muammar Gaddafi, which wasn’t vigorous enough for Republican hawks. It was refreshing in that it (properly) only alluded to the Benghazi distraction.

OK, so you are happy about ISIS and the Syrian refugee crisis. That is “love and kindness.” Got it.

Hillary is not a reckless hawk trying to look tough, she’s everybody’s Mama, and she will always be there for you.

Somewhere, a young satirist is looking at this nation’s politics and crying that Eric Blair has already told all the jokes.

Oh, and while I have heard of Iraq War veteran Tulsi Gabbard, I don’t think I’ve ever heard of Buzzfeed reporter Ruby Cramer. Is she an opinion leader? Good journalist, asks the hard questions? I’m glad you’ve found someone you can trust.

OK, so you are happy about ISIS and the Syrian refugee crisis. That is “love and kindness.” Got it.

ISIS’s military is backed by old militarists from Saddam Hussein’s army. US military support for anti-Assad militias has been paltry, outside of air support. ISIS would not have existed if we didn’t invade Iraq. ISIS would have existed regardless of our support for the Kurds or our opposition to Assad, such as it is.

Not sure where you’re going with this. Clinton’s interventionism is partly shaped by the disaster in Rwanda during the 1990s. And surely you don’t want to argue that the center of a news story that nobody has heard of is going to affect the Tuesday’s outcome. That doesn’t mean she’s not sincere, just that she lacks influence. Though in some ways that might be a good thing, given her ties to certain Indian Islamophobic parties.

Clinton’s opponents make the very best arguments for her Presidency. Because they have nothing. foolsguinea attacks the messenger. In response to reports that Hillary Clinton is a boss who inspires loyalty and hard work from her staff, Starving Artist points to Secret Service agents anonymously and allegedly quoted by a discredited attack artist. Not credible!

Yes, yes foolguinea: Congresswoman Tulsi Gabbard, whom I had never heard of, is really going to turn things around for Bernie.

Mind you - I’ve been known to tell people to “Fuck off” at all hours of the morning, coffee or no coffee. I really don’t see it as a problem. And I don’t bake cookies, much, because then you just have to eat them and I’m fat enough as it is. And I’m certainly not Grandmother material, which is good because I don’t have kids (it’s in everyone’s best interest).

I don’t actually care if Mrs. Clinton is a sugar or a shit. Claiming to be different in private just makes her sound inauthentic.

The buzzfeed article contains no mention of cookies. Admittedly it doesn’t mention anonymously quoted secret service personnel either. I do care whether Clinton is a good manager, which all evidence suggests she is.
However every single secret service member that I’ve spoken to suggests that ::insert fabrication here::

You can’t judge by private conduct here. Antonin Scalia was kind and loving to those who knew him, and purely malicious and evil to American society. No doubt even Dick Cheney has his loved ones.

Kessler is a hatchet man who was chief Washington honcho for Newsmax from 2006-1012. A card carrying member of the lunatic right, he apparently thinks that Obama’s terrible management of the secret service will only be rectified by his assassination. Wow. What a nutcase! http://talkingpointsmemo.com/edblog/really-politico

Kessler is an enthusiastic supporter of Donald Trump’s run for the Presidency. His unsourced claims are dubious.

Well, if Kessler’s known to be right wing in his politics, that would certainly explain Hillary’s “Fuck you!” to his sunny Good Morning.

You neglected to mention that Kessler was also a reporter for the Wall Street Journal and the Washington Post.

Among the assertions in his book are the following:

“Hillary was very rude to agents, and she didn’t appear to like law enforcement or the military,” former Secret Service agent Lloyd Bulman recalls. “She wouldn’t go over and meet military people or police officers, as most protectees do. She was just really rude to almost everybody. She’d act like she didn’t want you around, like you were beneath her.”

Former agent Jeff Crane says, “Hillary would cuss at Secret Service drivers for going over bumps.” Another former member of her detail recollects, “Hillary never talked to us . . . Most all members of first families would talk to us and smile. She never did that.”

Hillary one day ran into a White House electrician who was changing a light bulb in the upstairs family quarters. She screamed at him, because she had demanded that all repairs be performed while the Clintons were outside the Executive Mansion.

White House usher Christopher B. Emery unwisely called back Barbara Bush after she phoned him for computer troubleshooting. Emery helped the former first lady twice. Consequently, Kessler reports, Hillary sacked him. The father of four stayed jobless for a year.

While running for US Senate, Hillary stopped at an upstate New York 4-H Club. As one Secret Service agent says, Hillary saw farmers and cows and then erupted. “She turned to a staffer and said, ‘What the f - - - did we come here for? There’s no money here.’ ”

Secret Service “agents consider being assigned to her detail a form of punishment,” Kessler concludes. “In fact, agents say being on Hillary Clinton’s detail is the worst duty assignment in the Secret Service.”

One would think that if Kessler were lying, any number of Secret Service agents either retired or active would come forward to dispute them, and especially the last one, which seems to me to be the most easily refuted of all were it not true.

I have it on good authority that Donald Trump once gave a young child with terminal cancer a brightly-colored balloon, and Hillary came by afterward and popped it.

One would think that if Kessler were lying, any number of Secret Service agents either retired or active would come forward to dispute them, and especially the last one, which seems to me to be the most easily refuted of all were it not true.

I don’t know which ‘one’ you have in mind - I personally wouldn’t expect Secret Service agents to talk about their private interactions with their protectees at all, ever, even to refute false statements.

I have it on good authority that Donald Trump once gave a young child with terminal cancer a brightly-colored balloon, and Hillary came by afterward and popped it.

Well, there ya go.