How are former East German government and security officials treated?

The Nazis are all dead or old - but German reunification was just a couple of decades ago, and while East Germany wasn’t Nazi Germany, it was still a fairly unpleasant place. The state tortured and murdered, the Stasi terrified the people, and so on. Presumably, a lot of pretty bad folks from the old GDR day are still young enough to be active in business, politics, and so on - how are they treated?

Solzhenitsyn had a sweet short story about meeting a delightful old gent in the park…
Whilst the DDR, obviously, never attained the cruelty nor even a proportional bodycount of the CCCP’s achievements in studying Humanities, it was far more extensive and thorough. I made a post elsewhere which recently referenced Wikipedia’s calculations:
*Stasi efforts with one agent per 166 citizens dwarfed, for example, the Nazi Gestapo, which employed only 40,000 officials to watch a population of 80 million (one officer per 2,000 citizens) and the Soviet KGB, which employed 480,000 full time agents to oversee a nation of 280 million residents (one agent per 583 citizens). *

*When informants were included, the Stasi had one spy per 66 citizens of East Germany. *

When part-time informer adults were included, the figures reach approximately one spy per 6.5 citizens.
I’ve no particular knowledge of how contemporary Germans treat these wise old souls, but, considering how they slipped down the slope from monarchy to capitalist republic to nazi republic to socialist republic to hit rock-bottom with the present social democratic republic ( which of course, won’t last forever ) in as quick a succession as did the French in the centuries following the Revolution, I should assume they understand life is mutable if you live in the centre and are pragmatic enough to not look too closely — following the South African reconciliation pattern rather than the earlier populist schemes of mass vengeance with law made up on the trot.
Particularly when one in seven — or one in five bearing in mind mortality — might bear investigation. 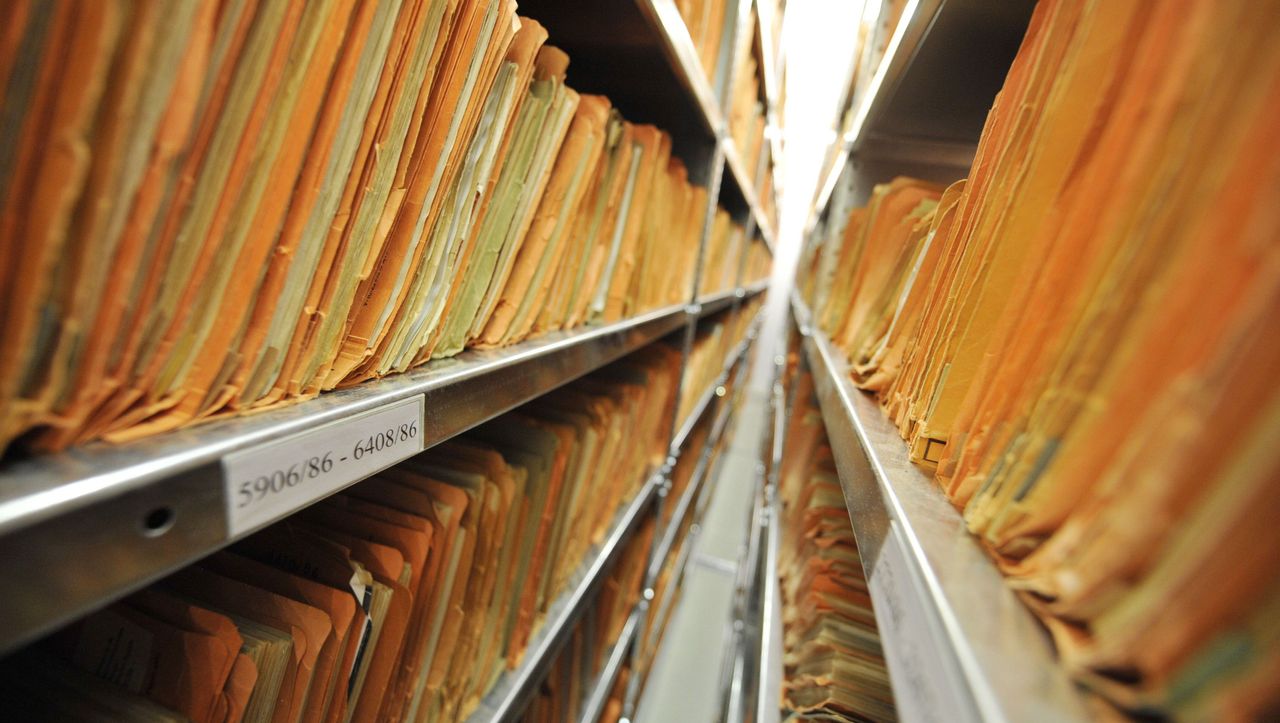 Stasi Files Revisited: The Banalities and Betrayals of Life in East Germany -...

A West German dessert. A "flour box." A female driver. The East German secret police took an interest in all manner of banal details as it oppressed its citizenry. Now that Germany is celebrating 20 years since the fall of the Wall, more people than...

Actor who drew on his own experiences of life under Communism in his portrayal of a Stasi agent in The Lives of Others.