How Biden should hammer Trump

I sure hope that this isn’t an original idea, and that Biden’s team has thought of it -
If I were Biden, during any and all debates, whenever a question came up that was even remotely apropos, I would HAMMER Trump on his failure to release his taxes, and call him weak and scared, emphasis on weak. I would point out that I had release my taxes, and say that anyone could look at them whenever they wanted, and then once again, say that Trump was afraid to release his, scared to death of what people would see, and how could someone so terrified of what the voters might see possibly be suitable as a president.

ETA: If Trump pivoted to how his taxes are so complicated, and they would confuse people, I would say “are you saying that the American people are stupid?"

The tax thing is a non-starter when it comes to calling out Trump’s bitch-ass tendencies. It’s better to just straight up call him a bitch for always whining about how unfair everyone is to him, for always using the same stupid catchphrases like “very strongly” and “like nobody’s ever seen before” instead of deploying any kind of original thought during his speeches, for making the country look incompetent by failing to contain a virus that every other developed country has been able to contain effectively, and a million other things that Trump does.

The taxes are a dead issue.

I respectfully disagree.
It’s his weak spot, and he needs to be punched in it.
It’s not the taxes per se that are important (although, they might be), but his terror at having to release them.

Lack of leadership, lack of honesty and lack of empathy are his weak points, Biden is already attacking those. Everything else leads back to those key faults in Trump. The tax situation is really just a specific lack of honestly talking point.

Lack of leadership, lack of honesty and lack of empathy are his weak points

Those are what got him elected.

Those are what got him elected.

Fool me twice shame on me!

Right, but everyone knows that he is a lying sack of shit. Even his supporters. What Biden needs to do is to make him lose it during the debates, like when Hillary called him a Puppet. Trump always needs to be perceived as “strong.” Calling him a chickenshit is the way to get him to explode.

Debates are no longer about facts or policy - those are the things that don’t matter. They are about making the other guy look like an idiot.

Calling him a chickenshit is the way to get him to explode.

Debates are no longer about facts or policy - those are the things that don’t matter. They are about making the other guy look like an idiot.

Being made to look like an idiot got him elected.

Here’s how Biden win’s the debates:
“I cede my time to President Trump. Please speak for one hour, Mr. President.”

Yeah, that could work, too…

99.9% of Americans have one of two reactions when they hear the word “taxes” in any context.

I can’t think of an issue that would be more of a waste of time for Biden to deploy against Trump, than the tax shit. He should hit him with things that pack a much deeper punch to the psyche.

If I was Biden, here are some of the lines I’d consider opening with (seriously);

“Donald Trump’s father was a scumbag con man, but at least he didn’t enable a virus to spread all over America. Even Donald Trump’s con man of a father would be DISAPPOINTED AS HELL in his son.”

“I wonder how Melania feels about the fact that Trump fucked other women while they were married. Did they have some kind of arrangement about that or is it just regular old adultery? I really wonder. Maybe Donald can fill us in on some of the details, since he’s turned the whole White House into the Jerry Springer show.”

“Donald, why has your cabinet had the turnover of a fucking Applebee’s? Can ANYONE get along with you? Why isn’t James Mattis your secretary of defense anymore? Why are all these generals constantly parting ways with you? Let’s be honest, you don’t know shit about the military, and you never have.”

There’s a lot that Biden could do if he truly decided to let his inner Irishman off the leash. The tax thing isn’t necessary when there are better avenues of attack.

I think those are all good subjects.
But, to my point:

There’s a difference between “The President should release his returns” and “The President not releasing his returns will affect my vote.” The vast majority of people who care about the returns aren’t going to vote for Trump anyway. Harping on the returns during debates won’t bring anyone else to Biden’s side. Instead, it will just seem like Biden is dodging the question being asked.

I’m more with Lamoral on this. Nobody wants to hear the word “tax,” in any context.

And, everyone — even Democrats — can sympathize with someone not wanting their privacy invaded.

And, everyone knows Trump has a long history of many business deals. No one would be surprised if there are legal-but-morally-iffy transactions in there.

And, everyone knows he’s a blowhard who exaggerates his own prowess and accomplishments, so showing he isn’t as wealthy as some assume wouldn’t interest anybody.

Finally, it would be another distraction from all the awful things Trump has been DOING and continues to do, from the environment to COVID to election interference to international agreements…the list goes on.

Focusing on his personal wealth details isn’t THAT different from birtherism — I mean just in the sense that it’s hyper-focused on one person and certain facts (or not) about that person in their personal life, rather than all the shitty things they’re doing that affect millions of people — US. Not to mention how the next prez (Biden) can do better things.

Biden should run an ad with Trump and the Goya products on his desk that says, “Donald Trump is so desperate to be on TV… he’s doing TV commercials for Mexican food… for FREE!”

(That was always something that irked me about the birtherism crap. Yes, it’s about a constitutional requirement — but, aside from all the racist slams anti-factual stupidity, it’s about a rule that DOESN’T MATTER, in any practical sense. Who gives a fuck about the territorial status of where someone happened to be born? It’s so fucking random. It exposed the “scary dark skinned Kenyan Muslim” crap all the more starkly, by focusing on a potential technicality, rather than anything substantive about someone’s actual loyalty or character.

I don’t mean to hijack. Carry on.)

I can think of numerous attacks on Trump, but let’s remember some things about Trump and Biden this election cycle.

There will of course be attack ads. But Biden’s strategy so far has been to be a competent, popular guy who will tread familiar ground around the center, and so far it’s been working with likely voters. So even though Trump is probably the easiest negative-ad target who ever existed, I wouldn’t expect to see Biden making any special effort to draw blood.

I’d like to see a campaign poster with Ivanka saying “Find something newt”. And then Biden 2020 below it.

So even though Trump is probably the easiest negative-ad target who ever existed, I wouldn’t expect to see Biden making any special effort to draw blood.

That’s what the Lincoln Project is for. 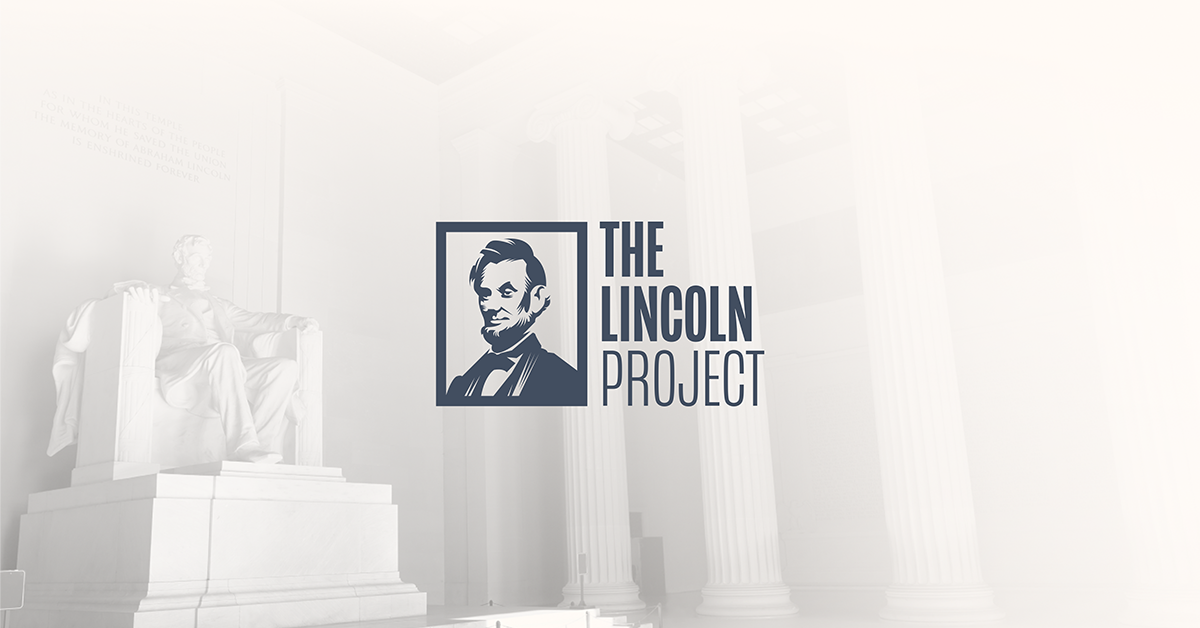 The Lincoln Project is holding accountable those who would violate their oaths to the Constitution and would put others before Americans.