How Did Aleister Crowley 'Get Away' With It?

Anyways, he was at least a neo-pagan and witch, you have to admit. And there is one thing I don’t understand.

How did he get away with it, in Victorian England, and with the laws against witchcraft still in force? I don’t have a cite. But I do recall reading somewhere that the English witchcraft laws were valid into the 20th century, even. And apparently prosecution was not unheard of. At the very least, he risked ending up in a mental institution, from what I understand.

How did he do it?

Witchcraft trials were long out of fashion by Crowley’s time. The Witchcraft Act of 1735 essentially made it illegal to claim to have magical powers (and set the maximum penalty at one year of imprisonment) but it also declared that magic wasn’t real. Once people stopped believing in witches, they lost interest in prosecuting them. People like Crowley were seen as deluded or deceitful rather than dangerous.

Occultism was a very big deal in late Victorian England. Arthur Conan Doyle was a believer.

There was a conviction under the Witchcraft Act of 1735 that happened during WWII:

Crowley’s family was rich and well-connected. According to Wikipedia, he blew through his inheritance by 1914, but for the first 40 years of his life, he never had to work for a living.

from https://en.wikipedia.org/wiki/Aleister_Crowley
Crowley’s theological beliefs were not clear. The historian Ronald Hutton noted that some of Crowley’s writings could be used to argue that he was an atheist,[237] while some support the idea that he was a polytheist,[246] and others would bolster the idea that he was a mystical monotheist.[253] On the basis of the teachings in The Book of the Law, Crowley described a pantheon of three deities taken from the ancient Egyptian pantheon: Nuit, Hadit, and Ra-Hoor-Khuit.[225] In 1928, he made the claim that all “true” deities were “derived” from this trinity.[225] Jason Josephson-Storm has argued that Crowley built on 19th-century attempts to link early Christianity to Paganism, such as Frazer’s Golden Bough, to synthesize Christian theology and Neopaganism while remaining critical of institutional and traditional Christianity.[254]

Both during his life and after it, Crowley has been widely described as a Satanist, usually by detractors. Crowley stated he did not consider himself a Satanist, nor did he worship Satan, as he did not accept the Christian world view in which Satan was believed to exist.[255] He nevertheless used Satanic imagery, for instance by describing himself as “the Beast 666” and referring to the Whore of Babylon in his work, while in later life he sent “Antichristmas cards” to his friends.[256] In his writings, Crowley occasionally identified Aiwass as Satan and designated him as “Our Lord God the Devil” at one occasion.[257] The scholar of religion Gordan Djurdjevic stated that Crowley “was emphatically not” a Satanist, “if for no other reason than simply because he did not identify himself as such”.[258] Crowley nevertheless expressed anti-Christian sentiment, stating that he hated Christianity “as Socialists hate soap”,[253] an animosity likely stemming from his experiences among the Plymouth Brethren.[256] He was also accused of advocating human sacrifice, largely because of a passage in Book 4 in which he stated that “A male child of perfect innocence and high intelligence is the most satisfactory victim” and added that he had sacrificed about 150 every year. This was a tongue-in-cheek reference to ejaculation, something not realised by his critics, thus reflecting their own “ignorance and prejudice” toward Crowley.[259]

As Rick Kitchen said, the occult was popular in the late 19th Century and early 20th Century. In some respects, the pre-World War One era was more tolerant than the post-World War Two era.

Just a guess, but I suspect he wasn’t taken that seriously by the people who would be in a position to launch criminal prosecutions. He might make a lot of noise about being wicked, but unless and until someone went to the police with concrete evidence of specific acts, why bother giving him more publicity? (And come to think of it, was he within the jurisdiction, or nipping off to the continent a lot?)

Exactly. He was “that crank who dresses in robes and performs weird rituals”. To the authorities, he inspired more eye-rolling than fear.

Since the OP has been answered: 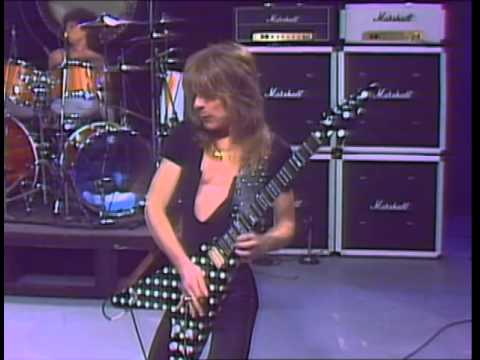 Thinking about it further, it occurs to me that much of his notoriety was posthumous. His rebellions were mostly conducted in private. He hated Christianity, but he did not crusade against creches. His drug activity was as a buyer, not a dealer. His sexual escapades were with consenting adults. Years later, you might hear rumors of strange things going on behind closed doors, but at the time, he didn’t disturb the neighbors.

I dunno about the sex, but I don’t think many drugs were illegal at the time.

I dunno about the sex, but I don’t think many drugs were illegal at the time.

He did get kicked out of fascist Italy, though. Some one died from ritualistically drinking cat blood.

I’m more interested in how he got away with being an enemy agent in the first world war.

There was a conviction under the Witchcraft Act of 1735 that happened during WWII:

I’m more interested in how he got away with being an enemy agent in the first world war.

Wikipedia seems to have some answers on that one:
TLDR - it seems like he was working with the full knowledge of British and American counterintelligence.

Professing to be of Irish ancestry and a supporter of Irish independence from Great Britain, Crowley began to espouse support for Germany in their war against Britain. He became involved in New York’s pro-German movement, and in January 1915 German spy George Sylvester Viereck employed him as a writer for his propagandist paper, The Fatherland, which was dedicated to keeping the US neutral in the conflict.[124] In later years, detractors denounced Crowley as a traitor to Britain for this action.[125] In reality, Crowley was a double agent, working for the British intelligence services to infiltrate and undermine Germany’s operation in New York. Many of his articles in The Fatherland were hyperbolic, for instance comparing Wilhelm II to Jesus Christ; in July 1915 he orchestrated a publicity stunt – reported on by The New York Times – in which he declared independence for Ireland in front of the Statue of Liberty; the real intention was to make the German lobby appear ridiculous in the eyes of the American public.[126] It has been argued that he encouraged the German Navy to destroy the Lusitania, informing them that it would ensure the US stayed out of the war, while in reality hoping that it would bring the US into the war on Britain’s side.[127]

Back in 1999, I was busy working on a book dealing with the so-called Ace-of-Spies, Sidney Reilly. Crowley and Reilly were hanging around New York at the same time, so I was curious about a connection. I discovered a small file on Crowley long-forgotten in the WWI-era files of the U.S. Army’s Military Intelligence Division. What leapt out was the conclusion that Crowley “was an employee of the British Government on official business of which the British Consul, New York City, has full cognizance,” and that “the British Government was fully aware of the fact that Crowley was connected with…German propaganda and had received money for writing anti-British articles.” So, the Beast had been telling the truth, or a least a little of it.

Was Aleister Crowley a Secret Agent?

"The Wickedest Man in the World" and his shadowy role in British intelligence.

Led Zeppelin guitarist owned Boleskine House for a while.

I feel compelled to point out some of the sex was in fact illegal. Crowley took part in ritual gay sex too, which was quite illegal in England at the time. I don’t know about the heterosexual sex though. I know the US was experimenting with fornication laws at the time. But I don’t know what Britain was doing though.

Until he got better…

I feel compelled to point out some of the sex was in fact illegal. Crowley took part in ritual gay sex too, which was quite illegal in England at the time. I don’t know about the heterosexual sex though. I know the US was experimenting with fornication laws at the time. But I don’t know what Britain was doing though.

IIRC from what I read about the trial of Oscar Wilde… he ignored the basic legal concept, don’t sue when you are guilty. A father of one of his young “friends” left a letter addressed to him “Oscar Wilde, Notorious Sodomist” on the desk of a posh club, apparently. He sued for libel. If he’d left it alone, there would have been some tut-tut whispering and that’s it. he figured his friend would deny it, and the father would lose through lack of evidence. Instead the father recruited a detective, they found several of the young male prostitutes he and his friends had employed, and the court was treated to several days of explicit testimony about his activities, all faithfully reported in the tabloids as explicitly as the times would allow… (His flights of fancy about artistic love etc. were shown to be hollow, he and friends enjoyed hedonistic orgies with very young male prostitutes…)

As the result of such testimony, the prosecution had no choice but to follow up that civil lawsuit with a criminal proceedings. Even then, the authorities gave him plenty of lead time to escape from the country before they came for him - he simply declined to run for it.

The moral of the story being - such activities were perfectly fine, it seems, even in A-list society, as long as they were kept behind closed doors. The crown did not go out of its way to find and prosecute unless they were “out to get” someone anyway, or public attention demanded a trial.

So presuming Alistair didn’t publish photos and lurid accounts in the popular press, I assume the authorities were more likely inclined to sweep it allunder the carpet.

The character Dr Trelawney in A Dance to the Music of Time is supposed to be based on Crowley. Trelawney is never taken seriously, it’s basically an attitude of “whatever floats your boat.”

One of the character’s functions is to show that a lot of the weird stuff that happened in the 1960s was also going on in the 1900s. In the books, weird stuff mostly means people ritualistically running around the countryside in strange Greek style smocks, or no clothes at all.

What if later he…

Until he got better…