How do chess players pay their rent?

How do the likes of Garry Kasparov make money? Who pays them to play chess professionally? I think that there was a purse to be won when he has played computers, but I don’t think that happened until the mid-90s. I couldn’t find anything in past news reports about him having a regular day job.

I’m not sure about chess, but I just finished reading Word Freak by Stefan Fatsis, a book about Scrabble tournament players. It sounds like there are certain similarities between the players of the two games.

Many of the top players that Fatsis focused on had some sort of external means of support (e.g. living in their parents’ basement). Some are disabled in some way and unable to work a regular job, and thus are able to devote their time to mastering Scrabble. Some tend to drift from job to job. Some have jobs related to the game (one, in particular, got a job running the games at the Scrabble club he frequented.) Many other players do indeed have day jobs, but they tended not to be the players that Fatsis focused on (they tended to be more “normal” and less “freak”.)

The Scrabble tournaments do have some lucrative cash prizes, so if you did win one, you’d have money for a while. The 2000 National Scrabble Championship had a grand prize of $25,000.

I would guess that in chess, there would be some money to be made in writing chess books, especially if you were well-known.

Chess players can make money from the prize money paid at professional tournaments; from books; from magazine columns; from personal appearances and exhibition displays; from media appearances and - in some cases - from State sponsorship.

Basically, those who try to make a living at chess live in utter poverty, save for the top two or three percent of the players (Karpov, Kasparov, etc.). The book mentions some great Russian master (I forget his name) who was homeless and lived day-to-day by hustling patzers in Washington Park. Waitzkin feard that the poor fellow might starve to death, but when Waitzkin tried to give him some spare change, he had refused it. Waitzkin later wrote: “He had taken two out of three from Tal; he had no need of my nickels and dimes.”

In another scene in the book, Waitzkin goes to a tournament at New York’s big chess club (I forget the name). Bruce Pandolfini, the manager of the club at the time (might still be, I dunno), was trying to explain to Waitzkin how professional chess=poverty. Pandolfini points to a disheveled, haggard shell of a man and says, “That’s Asa Somethingorother [one of the greatest American players at the time]. Hey Asa- How much money did you earn playing chess last year?” Asa thinks about it for a minute and then says, “About two thousand dollars.”

**How do chess players pay their rent? **

By check, of course.

They pick up some extra cash by posing in “Naked Chess Players” magazine.

I presume they get prize money for every tournament they take part in, and for every match they win.

The bigger chess players probably even get appearence money. And endorsements.

*Originally posted by amarone *
****How do chess players pay their rent? **

I hear some of them will mate for money.

I used to own an apartment building and rented out a flat to a young lady who was a chess player. She paid her rent with a bad Check. So I asked her, “Who do you think you are? Some kind of Queen? I happen to be the King of the Castle around here and if you don’t pay me, I’ll have to Pawn my Clock.” She said, “C’mon big boy, I know you’re tired of punishing the Bishop. Why don’t you spend the Knight with me.” I said, “No thanks, I know you’re trying to Capture my heart but I’ve heard about your Checkered past and I’m not going to let you Rook me.”

*Originally posted by xash *
**The bigger chess players probably even get appearence money. And endorsements. **

Endorsements? Of what? Has Nike come out with a line of ChessMasterz shoes?

I know Kasparov does some freelance writing, and has appeared on the editorial page of the New York Times on several occasions. Plus, he makes big money for his appearances. For his match with Deep Junior, he made something like $375,000.

I would think that perhaps some would instruct… like someone giving instrument or voice lessons a few times a week to make ends meet?

*Originally posted by adam yax *
**Endorsements? Of what? Has Nike come out with a line of ChessMasterz shoes? **

India’s Grand Master Vishwanathan Anand is immensely popular in this country. Chess players have the advantage of being considered intelligent, due to the nature and complexity of the game. This is, of course, exploited by the marketing guys. He has endorsed various companies in India. Most notably, a huge software training firm. It’s kinda like a “if he says it’s good it must be good” thing.

For poverty in chess, is hard to find a more incredible tale than that of Mir “Sultan” Khan:

He was brought from India to England in 1929 by his master, a maharaja, lived there for four years, and then was taken back to India in 1933 by his owner(?), never to be seen by the world of chess again. In that short time it was estimated that he was about 2550 in strength and was easily a grandmaster.
There is still a controversy if he was just a servant or a slave.

On modern times grand masters do better but not as good as stars like Kasparov: 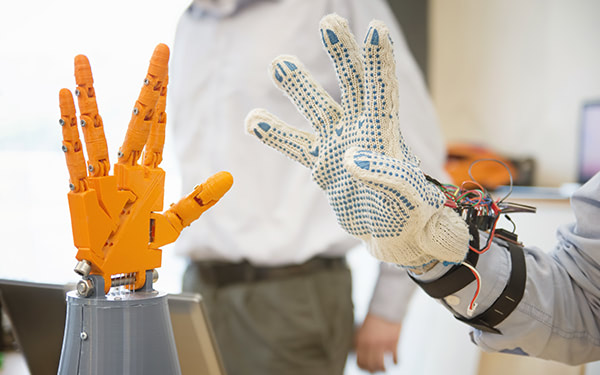 3D Printing is moving from prototyping to production. Learn more about 3D printing and additive manufacturing companies on 3DPrinting.com.

Apart from his match against Deep Blue, Kasparov has always been at the cutting edge of innovations in chess. For four months, he battled THE WORLD in a Microsoft sponsored event which opened new frontiers for chess.

Kasparov has played serious Internet Chess Tournaments. On the lighter side, he even played Boris Becker “live” on CNN for one hour. Garry was in Manhattan and Boris was in Munich.

He is a regular on TV talk shows.

He enjoys popularity on TV Commercials. He has made half a dozen ads in three countries and his Pepsi ad, shown during the Superbowl, was nominated for an Oscar.

He is a frequent keynote speaker with choice of subjects ranging from Russian Politics Today to the Middle East, World History and Computers.

He is a regular contributor to the Wall Street Journal.

He publishes approximately one Kasparov book per annum.

His commercial interests involve him in product launches and promotions.

He seems to average a documentary every few years. He is a co-producer of the new World Chess Rating (WCR). He is the Founder of the World Schools Chess Championships and finds the time to support his own charities in additional to supporting the Mentor Foundation.

*Originally posted by GIGObuster *
**On modern times grand masters do better but not as good as stars like Kasparov:
http://www.x3dworld.com/Entertainment/CI_X3DEvnt_KASPAROV.html
…
He enjoys popularity on TV Commercials. He has made half a dozen ads in three countries and his Pepsi ad, shown during the Superbowl, was nominated for an Oscar.
…
**

GIGObuster, I realize that you are not responsible for the content of the site to which you linked, but exactly which Oscar category does a Super Bowl Pepsi ad fall under?

Why yes, you are right Antonius Block! I think the web site creator goofed on that one. (I thought it was odd too, but other info fitted what I remember about Kasparov) Maybe he meant the Clio awards? That golden statue looks like a cross of the Oscar and the Emmy. Express complains to the web master, his e-mail and phone are at the bottom of the page.

I thought they did like all “artists”. Writers, painters, scrabble players. The good ones have a second job. The great ones get by with lessons and workshops etc. The complete geniuses get it by championships and sponsership.

I believe that Russia, before it dissolved had a very intensive scholarship program for chess geniuses.