How do people with very severe allergies survive?

On another message board, I was reading comments from people who have anaphylaxis to very minor exposures to antigens. One person commented that she had anaphylaxis to many different scents and perfumes, and that she had to use her epi-pen many times and had gone into shock after being in an elevator with someone with strong perfume. This person also said that she had family members allergic to seafood who went into anaphylaxis after as little contact as touching a surface that someone else touched who had previously touched seafood. She wasn’t an isolated case either, quite a few people endorsed similar allergies. And I’ve heard of similar stories outside this message board as well.

I am genuinely curious, for those who may know individuals with this degree of reaction to such small exposures . . . how do they live into adulthood? If any slight exposure causes almost-death . . . I mean, how many times can you face almost-death and survive?

Yeah. I’m curious too. I think I know the real answer, but am not about to post it.

If you are having huge, life threatening reactions to infinitesimal sub-microgram levels of allergens the usual suspicion is mental issues vs actual reactions to protein allergens. 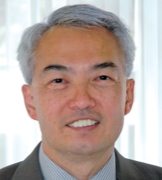 Advice on Reacting to Smell of Peanut

Q. Can I react to the smell of peanuts or nuts? Dr. Ham Pong: You can be assured that anaphylaxis... Read more »

This question came up 50 years ago - pretty young thing was sniffling about her Hay Fever and asked:
“How did people survive before drugs?”

My answer is still: “many times, they didn’t”.

And, speaking of insane ‘allergic’ reactions: What ever become of the (famous in the 80;s) folks who were ‘allergic to life’ - had to have super-special 100% cotton fabrics, Stainless Steel this, all natural wood homes.

The current ‘tiny homes’ remind me of the habitats built for these folks.

This question came up 50 years ago - pretty young thing was sniffling about her Hay Fever and asked:
“How did people survive before drugs?”

My answer is still: “many times, they didn’t”.

I’ve often wondered why things like hay fever and nearsightedness weren’t bred out of the species a hundred thousand years ago. How are you going to catch a wabbit if you can’t see him, or can’t sneak up on him because you’re sneezing every ten seconds?

Well, I can’t speak for everyone, but my friend’s husband didn’t survive. He was at a party and was exposed to a small amount of something he was highly allergic to (I can’t remembered if he consumed something, but that seems most likely) and died in minutes. His kids have the same allergies and it must be really frightening for them all. Mom, as you can imagine, is extremely vigilant.

I’ve often wondered why things like hay fever and nearsightedness weren’t bred out of the species a hundred thousand years ago. How are you going to catch a wabbit if you can’t see him, or can’t sneak up on him because you’re sneezing every ten seconds?

Nearsightedness is a lifestyle “disease” - it has gotten a lot more common since people started reading. I seem to recall reading that hay fever has gotten more common in modern times as well.

And, speaking of insane ‘allergic’ reactions: What ever become of the (famous in the 80;s) folks who were ‘allergic to life’

Similarly, was the Seinfeld-esque “Bubble Boy” a real thing, ever? Seems like that’s where the very allergic would end up if they survived until then.

I have an anaphylaxis-level allergy to tree nuts, and don’t understand how people with the extremely sensitive reactions survive either.

I’ve used my epi-pen a few times, after accidental ingestion and having symptoms start, but I’m fine if someone else wants to eat a Toblerone bar or have a handful of cashews. I just can’t eat them.

So yeah, I wonder how much of the “snowflake almost dies if there’s even a nano-smidegon of peanut protein around” is helicoptering vs reality.

Nearsightedness is a lifestyle “disease” - it has gotten a lot more common since people started reading. I seem to recall reading that hay fever has gotten more common in modern times as well.

Nearsightedness is less a lifestyle disease than a lifestyle problem. If your entire life is circumscribed to the distance of a spear throw and your top speed is how fast you can run, you don’t need the kind of vision it takes to drive an automobile 88 feet per second. Plenty of nearsighted people get by just fine if they don’t have to drive or do distance work, and for doing close up work, stitching and such, even better. I knew a nearsighted machinist that would take off his glasses and do work you or I would need a 5X magnifying glass to do.

But also, allergies can change over time - including the intensity of the reaction. There are also several allergies for which repeated exposure worsens the reaction. For instance, I have a cousin who died from a nut allergy - as an adult. She was in her late 40’s, visiting her sister for the holidays, went downstairs to grab a cookie as a midnight snack and didn’t realize it had nuts in it. Someone heard her choking, called 911 but she was gone before the ambulance could get there. She didn’t care for nuts - but she’d never had any reaction even close to that level before or been diagnosed with a food allergy. They just “made her mouth feel all dry and her throat a little sore” so she avoided them most of the time. It was so random they did an autopsy - allergic reaction to the nuts.

I’m actually a person with a very severe allergy, which is - thankfully - to something ridiculously easy to avoid. I’m severely allergic to certain drugs, which at least aren’t really the sort of thing one can be accidentally exposed to. Sadly, the drugs include most OTC painkillers - and the worst of all is aspirin. I will say that before they finally figured out the allergy, I almost did die several times as a child. I’d pick up a fever, my mom would give me an aspirin (which was the recommended thing to do for a kid with a fever in those days and what the doctor told her she ought to do) and then I would abruptly get a whole lot sicker really damn quickly. The thing is, I was already pretty sick, so it was less clear than you’d think that the aspirin was causing the worsened symptoms.

According to my mom - and my medical records - the reactions started out fairly mild and got much more severe over time and with repeated exposure. The reactions didn’t start to get to really noticeable levels (in that they were clearly something separate from the underlying disease) until I was 7 or 8 and had had dozens of poor reactions.

It took them years and years to figure out what the problem was - which was not helped by the fact that I was the sort of kid who catches every goddamn thing down the pike. I had the chicken pox three times - full blown cases. I had measles. I had scarlet fever. I had rheumatoid fever. I had whooping cough - twice. I also had all the vaccines - which my mother was absolutely stringent about. I even remember the DPT booster I got six months before the second case of pertussis. I was just that kid. One particularly memorable year, I managed to get double pneumonia as a follow-up to bronchitis that had been a follow up to influenza. I’m pretty sure my mother’s hidden super power was “locate emergency room”. What finally made them figure it out - and confirm with testing - was that I got old enough to make the connection between “given dose of baby aspirin” and “nearly immediately feeling a whole lot worse” and started to complain about it. To her credit, my mother took my word for it.

Now I’m just extremely paranoid about which medications I will take for anything. I routinely grill doctors, nurses and pharmacists about new drugs and generally won’t touch a painkiller that isn’t either low-dose Tylenol or an actual opiate. But I could easily have died from the allergy before they figured out what the problem was. As it is now, there are fairly common health issues I have to hope like blazes I never get - because the medications for them are things that will kill me.

Similarly, was the Seinfeld-esque “Bubble Boy” a real thing, ever? Seems like that’s where the very allergic would end up if they survived until then.

Yes, but it wasn’t because of allergies, it was because of extremely compromised (or essentially nonexistent) immune systems.

And, speaking of insane ‘allergic’ reactions: What ever become of the (famous in the 80;s) folks who were ‘allergic to life’ - had to have super-special 100% cotton fabrics, Stainless Steel this, all natural wood homes.

Ah yes - environmental sensitivity syndrome. That was quite popular at one time - IIRC, around the same time as Epstein Barr syndrome, and shortly before chronic fatigue syndrome came into its ascendancy. Seems like today many of those folk have fibromyalgia - and of course EVERYONE is bipolar!

Sorry to be tongue in cheek about some conditions which cause serious problems for some people. But I’ve worked in the disability related field for 30+ years, and find it interesting the way certain diagnoses seem to come and go. It seems there are always some people with constellations of symptoms with unclear underlying causes. Society seems to waver between assigning a physical or mental cause. 100 years ago it might have been attributed to the “vapors” or hysteria.

It seems undeniable that severe allergies have been on the rise. But I suspect that the number of people who truly are as profoundly allergic as the examples above are quite rare. It is one thing to accept claims of allergies to nuts or latex, but requires a considerable additional leap to accept profound sensitivity to varied allergens.

My personal, non-medical suspicion is that there are significant mental or emotional factors contributing to many claims of extreme allergies. Of course, suggesting a mental/emotional cause does not suggest the condition is not “real” or limiting.