How do you feel about a four day working week?

4 Week Global are running four day week trials in the US, UK, Ireland, Australia and New Zealand and it seems that it has been going well.

The four day week idea has been gathering pace for the last few years. If productivity is not diminished than it’s hard to argue against it, though it might hurt recruitment in businesses that need staff to work longer.

We encourage business, employees, researchers, and government to all play their part in creating a new way of working which will improve business productivity, worker health outcomes, stronger families and communities, challenge the gender equality issue, and work towards a more sustainable work environment. 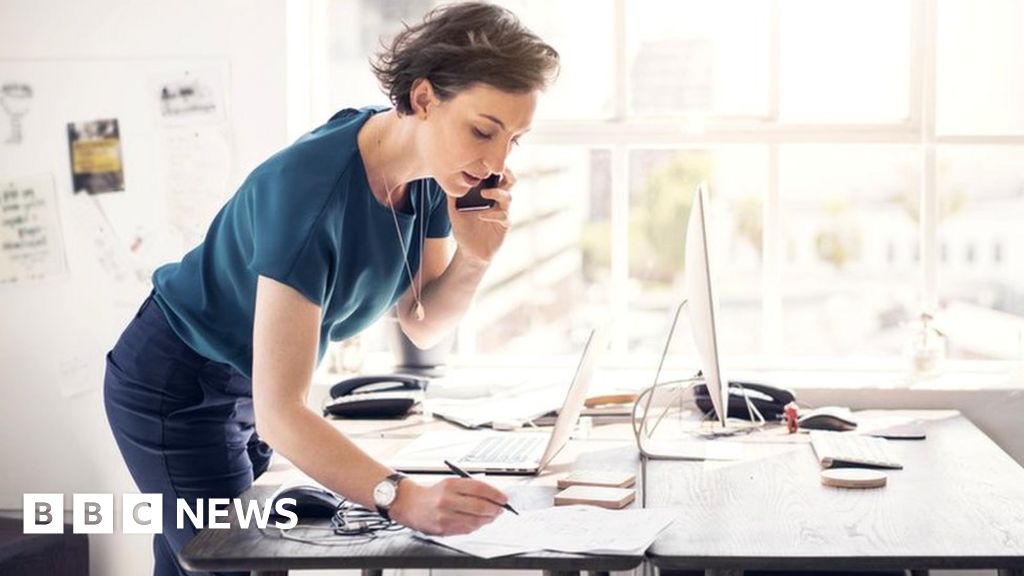 Firms in four-day week trial will make it permanent

Many companies taking part in the scheme say productivity has been maintained or improved.

I like nontraditional work situations. I have one friend who works three 12 hour days a week. He loves it. Another friend was working in Alaska while living in Pennsylvania. He worked 2 months, then had 2 months off. He LOVED it but his wife did not. After two years she convinced him to stop (or she’d leave).

I don’t typically do a lot of work on Fridays unless there’s something going on. I think a 4 day work week is great for a lot of office jobs, but I think working class people are unlikely to see it for themselves.

I worked a 4/10 schedule years ago. Small office, so everyone was 4/10. It was quite nice having three-day weekends every week. (Not to mention saving 140 miles of driving/riding.)

I worked a 4/10 schedule years ago. Small office, so everyone was 4/10. It was quite nice having three-day weekends every week. (Not to mention saving 140 miles of driving/riding.) -

Same here. Because it was a courier service and open 24/7, everyone had rotating days off during the week(weekends were a different crew) though they went to fixed days off later(choice went by seniority).

I have a 9/80 schedule now - 9 hr shifts except one day a week that is alternately either an 8 hour day or off. So a three-day weekend every other week. I worked a 4/10 schedule for one year and loved it, even with days off in the middle of the week. Sadly it was a one-time deal, but I’d happily do it again if I could.

I love three-day weekends and for me they are more than worth the tradeoff in longer workdays. Particularly since I have a very short commute to work. Now if, as with a couple of my co-workers, I had to commute a hour+ each way, that might put a dampener on things. But as it stands I am generally a big fan.

I’ve long said that I could cut down to a 24 hour work week (9a to 3p, M-Th) without any major loss in productivity. I feel that should be the standard.

But mine is an office job, and nobody is standing over my shoulder making sure I clock in 40 hours a week anyway. The folks who need real relief are service workers, who have the shittiest hours. I love that stores are open till 9 or 10 but really, they don’t need to be. Let those folks go home.

I have a 9/80 schedule now - 9 hr shifts except one day a week that is alternately either an 8 hour day or off. So a three-day weekend every other week.

One job I had went to that system. We had two teams that alternated so the office was always staffed. It was nice to have those 3-day weekends and not feel rushed to get everything done.

I’ve long said that I could cut down to a 24 hour work week (9a to 3p, M-Th) without any major loss in productivity. I feel that should be the standard.

How would I find time for all my SDMB reading and posting?

Sacrifices must be made for the sake of more naps.

My company has a mix of office drones like me, who could implement a more flexible schedule like 4/10 or 9/80 (which I did at another company years ago, and loved), and people who answer phones or otherwise provide service to our customers. We have had reduced Friday hours during the pandemic, but the phone people could not really participate, since our customer groups were still working normal hours. This created a lot of friction and headaches: office drones took advantage of the shortened hours every Friday, while phone people got alternate time off elsewhere (and spread-out).

I think it starts to work better when there is more momentum and more companies are doing it, but if one of your customer groups is in the retail sphere, you are expected to have people providing service that matches their hours. It’s not insurmountable, but it is a problem, and how big an issue it is depends on the business.

In my career, I’ve had two stretches where I worked either 4.5 day weeks every week, or a four-day week every other week. In both cases I LOVED it.

The first stretch was at my first employer out of college. We worked four 9 hour days (generally 7am-5pm) and got off at 11 on Friday. It was fantastic- basically it was effectively like getting a day off every week, because I’d have slept in to 9-10 anyway.

The second stretch was more than 10 years later; the company I worked for decided to go to what they called an A-B schedule. Basically everyone worked Monday-Friday for 9 hours, and then got every other Friday off or worked an 8 hour Friday, so it felt like getting an hour off. The A/B was which Friday you got off- schedule A or B. They tried to coordinate things such that everyone got an equal number of four day holidays (i.e. someone would get the Friday before Labor Day off, thereby getting a four-day weekend).

Both were fantastic- I would happily go back to either one, although I have to admit I preferred having a consistent half-day off every week to alternating.

If my employer was to offer what amounted to a 32 hour, 4 day week I’d jump on that faster than you can imagine.

I’m no longer working but when I did it was in high tech manufacturing. The factory doesn’t stop. I wouldn’t mind if the overhead people got a four day schedule.

If my employer was to offer what amounted to a 32 hour, 4 day week I’d jump on that faster than you can imagine.

And it’s important to note, that’s what is actually being discussed in the linked article. 80% work week for 100% pay. So it’s essentially a paid day off every week.

Given that productivity has increased enormously over almost every sector of the economy over the last 40 years, but employees have seen almost no benefit from that, I completely support this plan. It’s about time we got something out of this.

For jobs where this doesn’t work, like retail and restaurants, I’d also support paying them a lot more. Wages being stagnant in an era of “record profits” every damn year is unacceptable.

The factory doesn’t stop. I wouldn’t mind if the overhead people got a four day schedule.

Factory workers are paid hourly. Most of them wanted overtime in my experience. People probably could have worked a 4x10 if they wanted.

And that’s why I also support increased wages. Hourly employees screw up the 4 day plan, but if we up their wages, they can either take the time off, or take home more pay. After all, why did they want more hours? I suspect it wasn’t because the work was so great, but because the regular hours didn’t pay enough to live on.

Wages and anything related to that was above my pay grade but we all got the same benefits and they were pretty good. I’m not against higher pay for hourly factory workers but most of them were immigrants who just worked their asses off and I suspect that they would have worked just as hard and taken just as much advantage of overtime regardless.

Well, more power, and more money, to them. I’m not saying 4 days should be mandatory, if you have reasons to want to work (and earn!) more, go for it. Basically anything that improves quality of life as you perceive it.

What we have now is just about the exact opposite of that.