I mean the stuff is cool. You can put on this clear liquid and it keeps you from getting burned in the hot sun.

Just how does it work?

It’s clear to you and me, but not to those naughty UV rays! Just because something is transparent in the visible light spectrum does not mean it’s tansparent in other spectrums. Take your sunglasses, for example. They are somewhat transparent to visible light (the world looks darker through them right?), but nearly 100% opaque to UV rays.

I don’t have the techno-dope on the diff between UV-A and UV-B, somebody else will be along shortly to tie up my loose ends.

Attrayant, you’re way, way off. Let me school you.
Sunblock is simply an attempt to provide the shading action of a ball cap in an easy-to-apply chemical form. The way it works is that it is a solution
of B[sub]3[/sub]C[sub]12[/sub] molecules, which have the following molecular structure (excuse my poor attempt to reproduce the diagram in the book):
C-C-C-C
C-C-C-C
B-B-B-C-C-C-C
Notice that this molecule is shaped like a tiny ball cap. When you apply the sunblock to your skin, a special catalyst causes the B[sub]3[/sub]C[sub]12[/sub] molecules to polymerize, so that long chains of tiny linked ball caps are formed, oriented to cover the maximum possible surface area.

The sun protection factor (SPF) of the lotion is simply a measure of the total bill area A[sub]b[/sub] in a layer of sunblock that is a given thickness. In Europe, the standard thickness is 1 mm, while in the US, the standard thickness is 0.1 inch. This difference means that for the same sunblock, the European SPF (SPF[sub]E[/sub]) is less than half what it is in US units. This has caused considerable trade friction between European sunblock makers such as Givenchy and US makers like Johnson and Johnson. It’s currently under scrutiny by the Lotions, Salves, and Ointments Division (LSOD) of the World Trade Organization.

Slight correction to what I just said: In a late-nineties power struggle, the LSOD was broken into the Lotions Directorate and the Ministry of Salves and Ointments. The salve and ointment lobby resented being lumped in with lotions on the grounds that lotions typically have less of a medicinal connotation than salves and ointments. For instance, sunblock is governed by the MSO, while plain hand lotion is under the LD.

You can put it on your car dash to protect that too.

I thought it was one word, but it appears to be two: 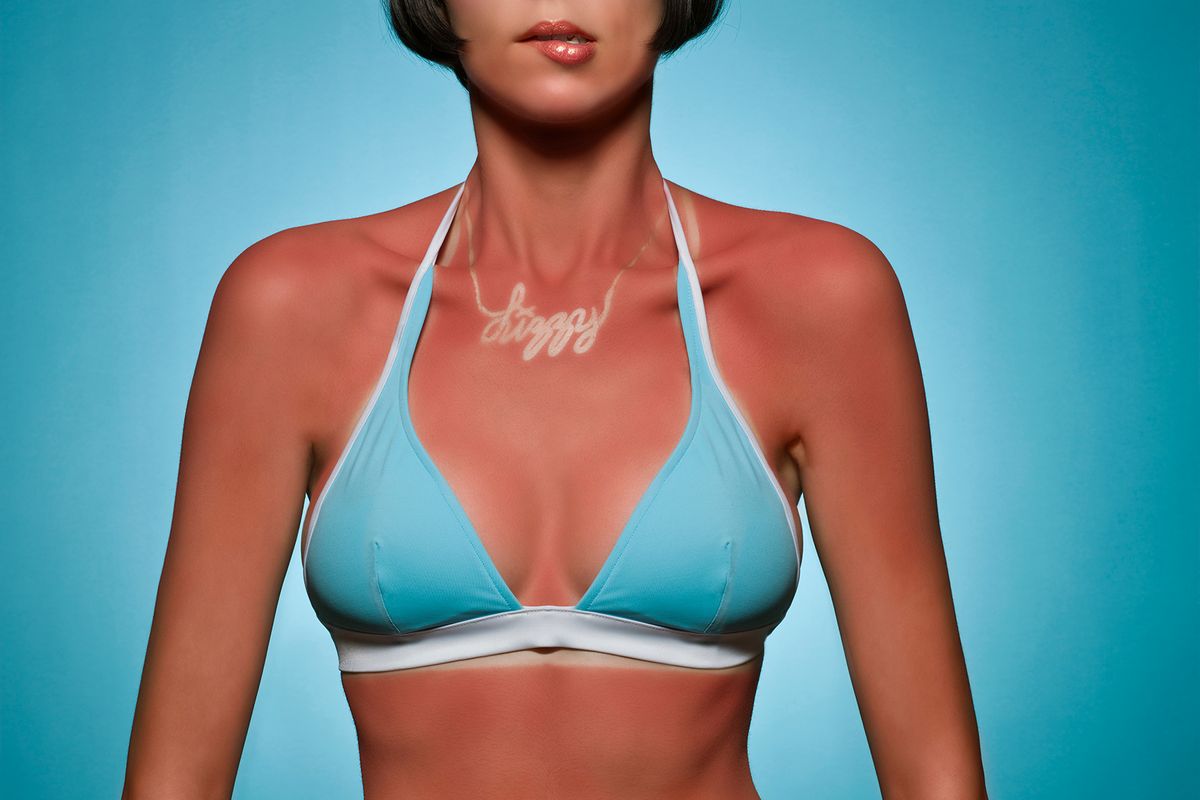 How Sunburns and Sun Tans Work

There is something mysterious about the sun and skin: Why do some people tan, and others burn? What's happening, and why does sunscreen prevent it? Find out exactly what the sun does to your skin.

stupid page there doesn’t permit a cut & paste in Netscape

Attrayant isn’t too far off, City Gent as a general explanation. There is a school of thought that ‘sunblock’ is a misnomer, as the sun’s rays aren’t blocked (ie transmission completely prevented) but screened (ie certain rays, in varying amounts, are transmitted). Also, there are many different chemicals used in sunscreens, including titanium dioxide, not just the thing you hace cited.

For related info, you might also look at http://boards.straightdope.com/sdmb/showthread.php?threadid=27138

*Originally posted by AKAmame *
**Also, there are many different chemicals used in sunscreens, including titanium dioxide, not just the thing you hace cited.

That used to be true, but it was found that the balcaptones (the organic molecules I discuss above) were much better at reflecting the 6500-7500 angstrom wavelengths, which hurt more if they burn you.

I might add that the reason the manufacturers always tell you to reapply sunblock after going in the water is that the tiny ball caps get wet and disintegrate (have you ever put a ball cap through the wash?)

One manufacturer has recently invested US$4 billion in a research project to counteract this problem with research into a new class of compounds called Balcaptone-Super Hydrophobic Integrated Technology (B-SHIT).

And I thought that this was about fighting ignorance, not spreading B-SHIT. Surely, if you are going to post a spoof, a smilie would be polite?

Oh come on. Didn’t you see the shape of the molecule? I thought it was funny, but the B-SHIT thing made it too obvious, when it was already pretty much so.

*Originally posted by AKAmame *
**And I thought that this was about fighting ignorance, not spreading B-SHIT. Surely, if you are going to post a spoof, a smilie would be polite? **