How good was Maui Wowie and how does it hold up today? (Marijuana)?

There’s lots of pop culture references to Maui Wowie in 1970s and 80s music and films. It was supposedly premium grade weed and a very fun night was sure to follow.

For those who were there, is that accurate? How would Maui Wowie compare to Acapulco Gold? If you’ve tried it recently, how does it compare?

The dispensary near me has a disposable Maui Wowie pen on sale and I might just give it a try.

In college there were two Hawaiian football players that were friends of a friend. We got some from them. I honestly don’t remember how good it was, but I do remember it looked and smelled way better than the seed-infested stuff we normally got. As a side note, our high school jazz band got shirts one year with our names printed on the back. I had “Maui” printed on mine and a buddy had “Waui” on his.

Maui and Acapulco were better than the ditch weed most of us smoked. Compared to today’s designer weed, they are…ok. Let me put it this way - today’s weed is Alan. AG/MW are Charlie. 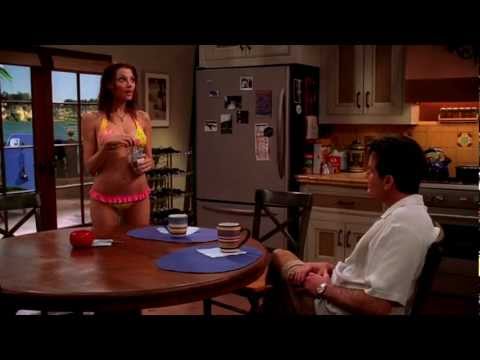 From what I can gather, while it may or may not have been a specific strain at some point, the term was generally and widely applied to almost any high-grade sativa reputed to originate from Hawaii, whether it actually did or not. Who knows what was really in the bag after filtering down through a dozen hands to the “street” guy in the old “a guy I know” black market system.

Well, I’m an anomaly, but when I was living in Alaska I had friends bringing back all sorts of good stuff from the islands. No chance of Tijuana ditch weed there. I also knew people who ran grow operations up in the Matsu valley, so my source for Matanuska Thunderfuck was unimpeachable.

Goldbud and Redbud were a step above the regular weed at the time. Regular not being ditch weed. Nobody with half a brain bought, let alone shared ditch weed unless there was a long dry spell.

I would rate Goldbud at maybe 14-16% THC, while Redbud was lower. Some sensemilla probably came in close to 20%. Still not close to the now common 27-29% available now. But as most people can relate, its not always about percentage.

We also had blond and red hash, so we did experience higher levels of high. Never had what was claimed to be Thaistick weed, so I cannot compare.

The dispensary near me has a disposable Maui Wowie pen on sale and I might just give it a try.

So when you make those sorts of pens, what you’re doing is creating almost pure concentrated THC oil. The thing that differentiates the flavor and effect of different strains of weed are the non-THC components that accompany the thc, like terpines. The process of creating that concentrated THC completely strips out those components and you’re left with a “generic” pure THC experience without really having any strain-specific qualities.

Now, companies have been re-adding terpines in with roughly the same ratios to simulate the taste/effects of different strains of weed, but in my limited experience (I haven’t done much weed and not for years) for whatever reason this doesn’t really affect the high. You get some different flavors, but you lose the subtle effects you get from the strain, you’re still left with a generic THC high. Which is fine and pleasant and all that, but I wouldn’t count on being able to replicate the effects of any strain with a THC concentrate.

Igniting also lessens the effect of the differences between different strains of weed since the fire is hot enough to destroy a lot of the chemicals that affect the experience. Dry herb vaporizing is by far the best way to experience the uniqueness of any strain of weed.

Anyway, there’s a big culture now based around tracking the heritage, genetics, and chemical profile of weed strains. I don’t think that was really the case in the time period you’re talking about. When people talked about Maui Wowie, they may not have been talking about that actual particular strain but it could’ve become a generic term to refer to what people considered to be high end weed, or perhaps high end sativas specifically.

Weed in general is also so much better than it was in the past, at least in terms of potency and also in terms of letting you choose what you want out of it. I suspect you’re not really going to replicate the experience you may have had 20 or 30 years ago.

Yeah, it was often just used to describe any kind of good weed that was more expensive than most.

Maui Wowie was many grades above the $10 ounce of ragweed available back in the late 70’s.

In my experience, the early to mid 80’s is when weed morphed into one toke high kinda stuff. Moui Wowie as a couple of good hits for a nice high. After that, the strong stuff turned into 1-2 hits and on your ass. I remember a Linton Kweise Johnson concert, where someone passed me a hit that I thought was Maui Wowie grade, but was a one hit wonder. Couldn’t remember a thing about the concert.

My first exposure to “good” marijuana was in 1979 when I got a quarter ounce of Hawaiian. There were no seeds!! I’d read about sinsemilla in High Times and boy did it live up to the hype!

The growing and proccessing of pot has come a long way. Whatever strains and phenotypes were available then are not really the same as what it is called today.

Oooh, Acapulco Gold! It was gold because the poor farmers in Mexico just cut it and threw it out to dry in the sun!

Oooh, Acapulco Gold! It was gold because the poor farmers in Mexico just cut it and threw it out to dry in the sun!

While that may be true for some product coming out of Mexico it doesn’t cover actual Gold Bud that I smoked in 79. It was definitely a different strain that had an enormous amount of seeds in the buds themselves and a thick, sweet resin. Not just sun cured.

There was a lot of crap week back then, so any stories about the good old days has to take into account the total lack of quality control that we see now. It was a crap shoot every time you went out buy a bag and often there were long dry spells due to local bust of the suppliers. When that happened all sorts of crap started making the rounds.

Hey! That’s Rita Farr from Doom Patrol. I don’t have anything else to add to this topic, but I got that reference.

There were no seeds!!

That, I think, is to prevent you from growing it yourself.

The difference between ‘ditch’ week and what is professionally grown, is like Coors light to a very good, German beer. Went to Germany about 8 years ago. They are serious about their beer (everything else too).

In a perfect world nobody would drink a beer until they were first in Germany, the Czech Republic or Belgium. Preferably all three. UniBev and MolsonCoors would be lucky to last a month after that.

Agreed! And loved your reference to

too! For someone like me, who only knows about the US marijuana market via the Fabulous Furry Freak Brothers that was hilarious.
Speaking from Europe, we used to have Black Afghan as the highest standard for potency, or rather, we used to not have it, because it was very rare. Lebanese and Marrocan hashish was the norm, and it was OK. Gras was seldom and usually bad quality. Well, that has changed. The grass the Dutch have selected or hybridized or whatever what they have done is called is fantastic, stronger than the hash of yore and more subtle in its effects. It is much easier and more reliable to hit the right dose and they put much less muck in it than they used to mix in back then.
Never heard of Maui Wowie, which in retrospect seems a pity.

There were no seeds!!

That, I think, is to prevent you from growing it yourself.

From what I understand, male plants are removed as soon as they can be identified to prevent them from pollinating the female plants so all thier energy can go into budding. You propogate them by grafting.

From what I understand, male plants are removed as soon as they can be identified to prevent them from pollinating the female plants so all thier energy can go into budding. You propogate them by grafting.

Interesting. Learn something every day. You can grow your own in many states now. I just thought pro growers where just trying to corner the market so to speak.

I’m really not interested in growing (or making beer) except maybe as a science experiment.

Back in the day, Maui Wowie was pretty special and also very pricey.

I lived in Hawaii and grew weed in the jungle, no matter what seeds I started with, the growing conditions turned it into killer weed.

From what I understand, male plants are removed as soon as they can be identified to prevent them from pollinating the female plants so all thier energy can go into budding.

I would go into the jungle to plant, go back a couple of weeks later to see how things were progressing and whack any male plants I could identify. I’d go back a few weeks later to whack the rest of the males and leave it until harvest time because I didn’t want to make easy to follow trails.

Nowadays, despite it being legal to grow in our back yard, I buy my weed because what I would grow wouldn’t be anything close to what I can get at the dispensary unless I wanted to put a whole lot of money into it.

Not grafting, cloning. Grafting is where you take the rootstock of one variety of a plant (like roses–the part that flowers is a more delicate variety grafted onto a root that’s a wild rose, very hardy. Or nectarines, those are a plum root with a peach grafted on top so the fruit is part plum, part peach) and attach a shoot of a different variety to it so the two fuse together and grow as one plant but you can always see the place where the graft took place.

Cannabis is a woody herbaceous plant that, if you cut a bit off the end or middle of a branch, one that includes at least a couple leaf nodes and a bit at the top with some leaf on it, and put it into a moist medium (or even just stick it in water) it will put out roots and develop from there into a genetic twin of the mother plant. It’s possible, given one starter female, to clone literally thousands of copies off it.