How long do you have to boil dirty water for to be safe?

If you are ever in a situation, for example camping where you have to boil water from a pond or lake or if there is a big storm and the water pressure goes out and the city recommends boiling tap water, how long does it have to be boiled for it to be safe to drink? I have read different things, everything from 10 minutes, to two minutes, or that it is safe to drink as soon as it comes to a boil. What is the correct answer?

Depends on the altitude, the higher up the longer it needs boiling. This is why you see a lot of different answers!

1 min unless at high altitude. I was taught to filter through a cloth first. It could be a shirt, towel etc.
Then boil. Clearer water is easier to drink. You need to avoid puking. Hydration is important for survival. 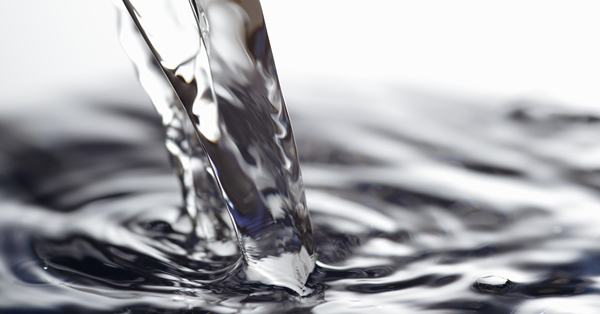 Making Water Safe in an Emergency

Not sure if your water source will be safe after an emergency? Learn how to treat it before using it.

He’s another site that lays it out Whether you're hiking or camping this summer, safe water is pretty important. In this post, you'll learn how long to boil water to make it safe for drinking. Plus, you'll learn about what makes you

So yeah, roughly one minute full roiling boil at sea level, three minutes at 5000ft or so. Honestly though, in the situations you mention, boiling is probably a sub-par option - after all, fuel is often at a premium when camping (mass-wise) or needed for other purposes (city-wide disaster). In my 72 hour kit I keep chlorine and iodine tablets (going to taste like crap, but . . . ), and at home I have the kit plus some plain bleach for the same reasons. I would strongly advise that if you’re using such an option for camping to make sure to bring a bunch of sugar free (for mass/volume considerations) lemonade/tea/coffee powder to cover up the taste.

ETA - another reason to be careful with boiling as an option is if you’re in a Texas super freeze, you may be running risks of insufficient ventilation - as some people running generators or their cars in enclosed areas found out. Although a one burner stove is at least less likely to be an issue, it’s still one to avoid if possible. Plus, boiled water is only going to be ‘safe’ for 24 hours or so before it can be contaminated by your bottle/air/etc, the chlorine/iodine/bleach is going to be effective longer.

I typically follow pasteurization guidelines. You have to bring the whole volume to that temperature but if you’re reaching boiling you don’t have to keep it there for very long to kill everything. 0.1 seconds is plenty so if you are in a camping situation you just need to hit a rolling boil and by the time it gets below 160F you’ll have killed everything.

I carry a lifestraw. It removes a long list of pathogens and parasites.

This is the original. They offer other models.
https://www.amazon.com/LifeStraw-Personal-Camping-Emergency-Preparedness/dp/B07C56LR6N/ref=mp_s_a_1_3?dchild=1&keywords=lifestraw&qid=1632356132&sr=8-3

I ended up camping a couple weeks back at a campsite which was supposed to be front-country with water. But unbeknownst to be, the water pipe had broken, and the closest potable water was 30 miles back over really crappy roads. We weren’t prepared for that (I own a filter, but it was at home), but we were able to take water out of the river. It was pretty clear already (not glacier melt!), so all I did was boil it. I had 15 minutes in my head, so I kept it boiling way longer than I needed to. For making tea and oatmeal, it was totally fine. For drinking, it was not particularly pleasant tasting, but not overly foul either. No one has gotten giardia yet.

Should this happen again, I think I’m going to use the hit-boiling-for-a-second-and-you’re-fine rule-of-thumb.

The guideline I use is ‘Big bubbles, no troubles’, so if it’s a rolling boil I accept it as ‘safe’ as far as pathogens go.

If you are ever in a situation, for example camping where you have to boil water from a pond or lake

If you’re talking about a boil water advisory from your municipality, then presumably boiling will take care of the problem. But if you’re taking water from a source you don’t know much about, things can get more complicated. Depending on what’s in the water, boiling may not help.

Water can be contaminated in several ways. It can contain microorganisms like bacteria and parasites that get in the water from human or animal fecal matter. It can contain chemicals from industrial waste or from spraying crops. Nitrates used in fertilizers can enter the water with runoff from the land. Various minerals such as lead or mercury can enter the water supply, sometimes from natural deposits underground, or more often from improper disposal of pollutants. Lead can leach into drinking water through old lead pipes.

Does boiling contaminated water make it safe to drink? It depends on the contaminant. Boiling water can kill germs, but things like lead, nitrates, and pesticides aren’t affected. And since boiling reduces the volume of water, it increases the concentration of those contaminants.

Does boiling the water for two minutes increase the chlorine content or fluoride content? Because I boiled tapwater as experiment and drank it and it had a nasty chlorine taste.

Boiling can’t create new matter, so the actual content of chlorine of fluoride can’t increase. If you boiled the water for so long that a significant amount evaporated, you would concentrate those contaminants that did not themselves boil off. That would require a noticeable reduction in the amount of water left, and would take quite some time, so is not the answer.

Water gains a sweet taste with dissolved oxygen. Boiling reduces this, and creates a flat tasting result. This is why is you make tea, you use the water as soon as it reaches the boil, and don’t leave the water boiling for any time. Your two minute boiled water will have lost much oxygen.

Chlorine exists in water in a whole range of forms, and doesn’t usually add much taste. What makes a chlorine smell and taste are usually complex organic molecules that include chlorine. This is, in a way, chlorine doing its job, and degrading organic things. It may be that boiling the water has accelerated some reactions and produced a different cocktail of organo-chlorines from the remaining available chlorine and remaining organic muck in the tap water. These new products may well have a more obvious taste. No new chlorine, but modified contents of the water.

Pour the boiled water between one container and another a few times and it will help aerate it, reducing the flat, boiled taste.

Yes, if you want to fix the flavor but be careful to use quickly - you’ll improve the taste but possibly share any existing contamination between the bottles in a survival scenario.

In the recent flooding in BC, the city of Merritt advised residents that the water was so contaminated, no amount of boiling would make it safe. I assume that meant contaminants like metals, gas, other industrial stuff, and particulate matter in general.

Pour the boiled water between one container and another a few times and it will help aerate it, reducing the flat, boiled taste.

It didn’t taste flat it tasted like bleach and tasted quite strong.

Hmmm. We drink nothing but tap water at our house — boiled or not, and I’ve not noticed this. Perhaps I’m just used to the flavor or our water is not as chlorinated as yours (Chicago). Did you drink it warm? I would guess that the flavors might be more perceptible when warm, as cold mutes the taste a bit. But, still, our boiled water tastes fine to me and the family and doesn’t have any bleach tastes anyone has ever mentioned.

For camping we filter through paper coffee filters. Repeat with new filter if the water is obviously dirty.

You can substitute purification tablets for boiling.

The result is safe.

I’ve never had to use fetid water. Animals crap in their water. It would require a emergency for me to filter and use it. Drinking water doesn’t hydrate if you puke it back up.

I’ve had friends tell me the clearest, beautiful, running river water doubled them up with cramps. Because they didn’t think it needed boiling.

I’ve had friends tell me the clearest, beautiful, running river water doubled them up with cramps. Because they didn’t think it needed boiling.

In some situations, the notion that running water tends to be cleanest is mistaken. In areas with strong sunshine, an exposed shallow static pool of water or the top few inches of a calm lake is bombarded with UV from sunlight, sterilizing it.