I’m aware that the Hunter Biden laptop story is almost certainly bogus. I have some questions that, to my knowledge, should have factual answers. I thought about putting this in GQ, but I figured here people are free to debate:

I’m frankly a little surprised I can’t seem to find this information anywhere, but I can’t.

-Has the actual data been provided to other outlets to review? I’m under the impression that the Post only shared photos of emails
-If one had access to the actual data on the drive, how hard would it be to determine the authenticity both of the drive and the emails thereon?

The owner of the shop handed it over to the FBI in December 2019. He made a ‘copy’ of the hard drive and handed it to Giuliani apparently in the last eight weeks or thereabouts.

If the FBI had its content all its time and there was incriminating behavior present, they had all this time to make a case.

I think there is a situation whereby real documents have been meshed in with planted documents on the copy.

Let’s not forget that Russian intelligence hacked Burisma back in January. (Google it, folks.) So they’ve had nine months to torture that data to make it say whatever they want.

Radcliffe said it had nothing to do with The Russians. Now there is that business partner of H Biden, Bubalinski.( not sure how it’s spelled) says the emails are true.

I’m happy for any discussion on the validity of it all (I don’t doubt it’s all bull) but I’m really wondering about what can be done forensically to establish veracity. I’m quite ignorant about these things.

Thank you for that opinion from the GRU.

I just read today that Giuliani turned over whatever he had to Delaware authorities, who then gave it to the FBI.

Rudy Giuliani shared files from what he said was Hunter Biden's laptop, which were turned over to the FBI, a Delaware attorney general spokesman said.

I think even without forensics, the story stinks to high heaven. As far as whether it can be proven false, my guess is that it depends on how well faked it all is. One of the things that makes the story fail the smell test is that the “smoking gun” email was a printout lacking the header info, not even matching other emails provided. That makes me suspect that there will be forensic evidence to find.

I have trouble believing such a person like Bidens son would leave an important computer at a random shop. At my workplace and others computers are repaired thru internal shops.

-If one had access to the actual data on the drive, how hard would it be to determine the authenticity both of the drive and the emails thereon?

As others previously mentioned the laptop has been turned over to authorities. But here’s where pundit/pollster Frank Luntz appears to confirm the authenticity of one of the emails sent to him:

@FrankLuntz
I’m not sure what the bombshell is here. • I’ve known the Bidens since I taught Beau at UPenn in the early 90s. • I’ve also dined in the Oval Office and ridden on Air Force 1 with President Trump. • I’ve mentioned both of these things before: https://t.co/7GTtSc5h4A https://t.co/FuacBdNmjH
DrDeth October 23, 2020, 3:38am #10

I found a pretty good article: 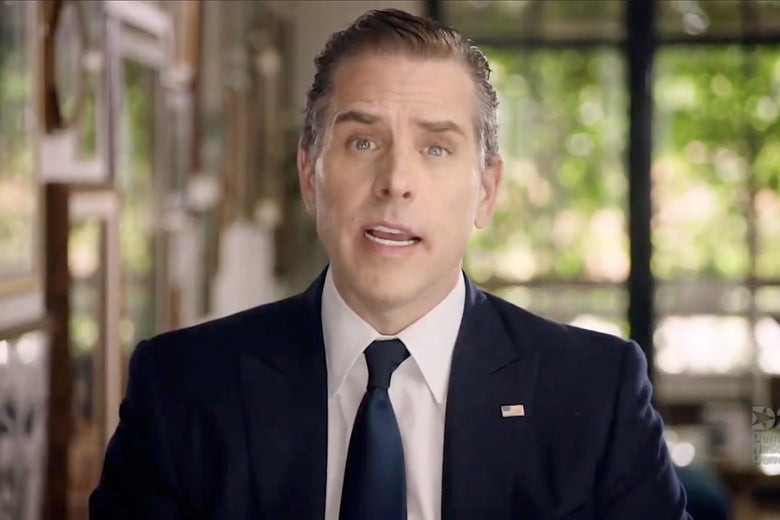 What’s Really Going on With Hunter Biden’s Hard Drive? Here’s Everything We...

How to make sense of the weirdest, weakest October surprise ever.

At worst, there is a email thanking Hunter for arranging a Meeting with Joe- that never actually occurred.

Anyway, following the first New York Post story, the Biden campaign denied that any substantive meeting occurred between the then-vice president and claims that there are no records of it. Biden’s foreign policy and energy advisers also said that they’d never heard of Pozharskyi; there’s a possibility, perhaps, that the Ukrainian executive briefly met Biden at a public event, several of which were scheduled for the vice president on the day in question. (Hunter Biden had previously arranged for a potential business partner from China to shake hands with his father in the lobby of a Beijing hotel.) But so far, it doesn’t look like the meeting described in this email happened at all. Hunter’s lawyer George Mesires told the Washington Post regarding the email, “We have no idea where this came from, and certainly cannot credit anything that Rudy Giuliani provided to the NY Post, but what I do know for certain is that this purported meeting never happened.”

However, that is the worst case scenario.

What all the experts say is this: 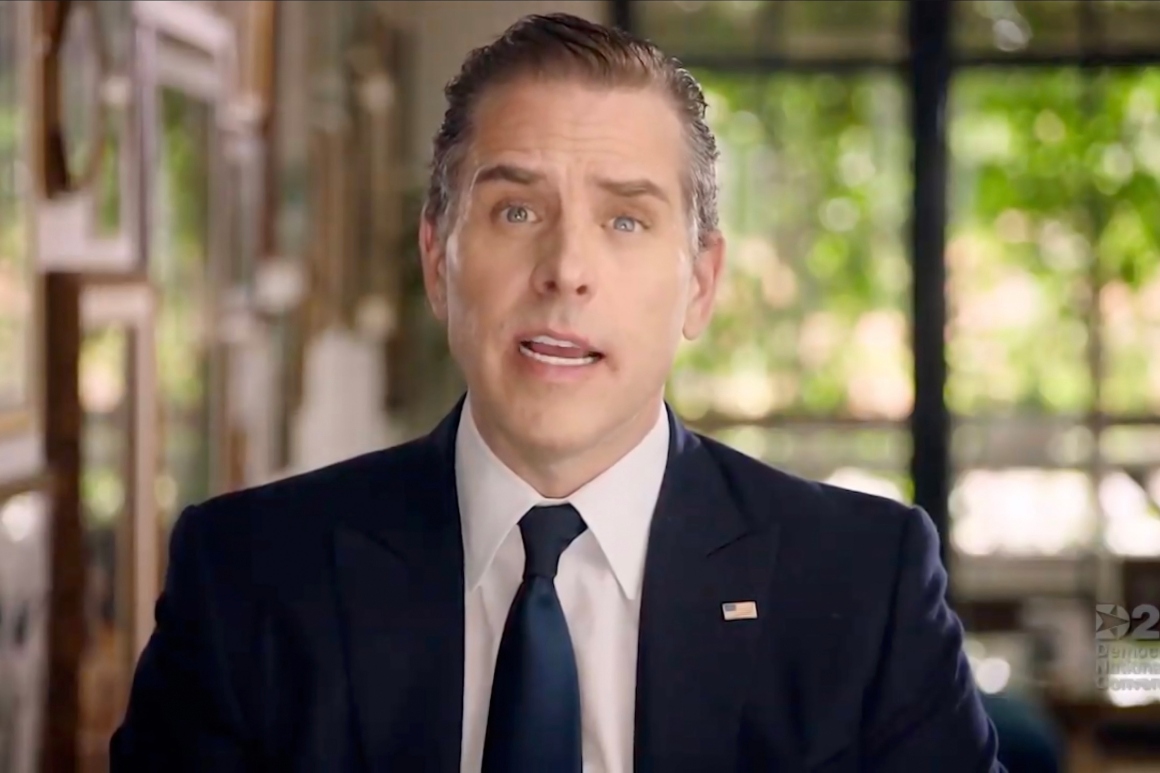 More than 50 former intelligence officials signed a letter casting doubt on the provenance of a New York Post story on the former vice president's son.

More than 50 former senior intelligence officials have signed on to a letter outlining their belief that the recent disclosure of emails allegedly belonging to Joe Biden’s son “has all the classic earmarks of a Russian information operation.”

Radcliffe is a Russian spy now?

What, you don’t believe the totally plausible story that Hunter Biden dropped off a laptop full of damning sensitive files at some random repair shop and then never got around to picking it up afterwards?

Is it worth noting that this supposedly smoking gun email that proves that Biden was using the office of the vice presidency to personally profit, even if 100% true, is dated May 2017 requiring a time machine to travel at least four months back to a time when Biden was actually vice president?

At least the previous attempts at an October surprise didn’t break the laws of physics.

er at a random shop. At my workplace and others computers are repaired thru internal shops.

I think you’re right to be skeptical. Now, if you keep that up, maybe you won’t start threads based on bullshit stories in bullshit sources.

What, you don’t believe the totally plausible story that Hunter Biden dropped off a laptop full of damning sensitive files at some random repair shop and then never got around to picking it up afterwards?

It would be plausible IF he was still abusing drugs. But I don’t know what where he was at in his recovery at that time.

How do the shape-shifting lizard people fit into this laptop story?

Radcliffe is a Russian spy now?

Just before the debate the WSJ opinion section ran an article outlining concerning potential conflict of interest between Hunter Biden’s business in China and a President Biden’s foreign policy with China.

Just after the debate the WSJ news section ran a piece outlining evidence provided to them that there was no involvement of Joe Biden in a deal with Hunter and his business associates with a Chinese company. And as a matter of fact there was no deal concluded. It fell apart whatever Hunter and his partners were up to so how do you get compromised if it never went anywhere.

It would be plausible IF he was still abusing drugs. But I don’t know what where he was at in his recovery at that time.

Remember that time we got so wasted we dropped our laptops off at some rando shop in Delaware and never picked them up?

Just before the debate the WSJ opinion section ran an article outlining concerning potential conflict of interest between Hunter Biden’s business in China and a President Biden’s foreign policy with China.

Did the WSJ ever show any concern about Donald Trump’s business and his foreign policy? Like how foreign governments buy rooms in the Washington DC hotel to curry favor with Trump.