Hurricane Maria's Puerto Rican death toll may be as high as 8,500

64 official deaths, my foot. I’ve known that all along, and most of (generic) us have too.

A Harvard-sponsored study says the death toll may be as high as 8,500, most of them “excess deaths” resulting from things like lack of clean water or medical care, inadequate food, etc. 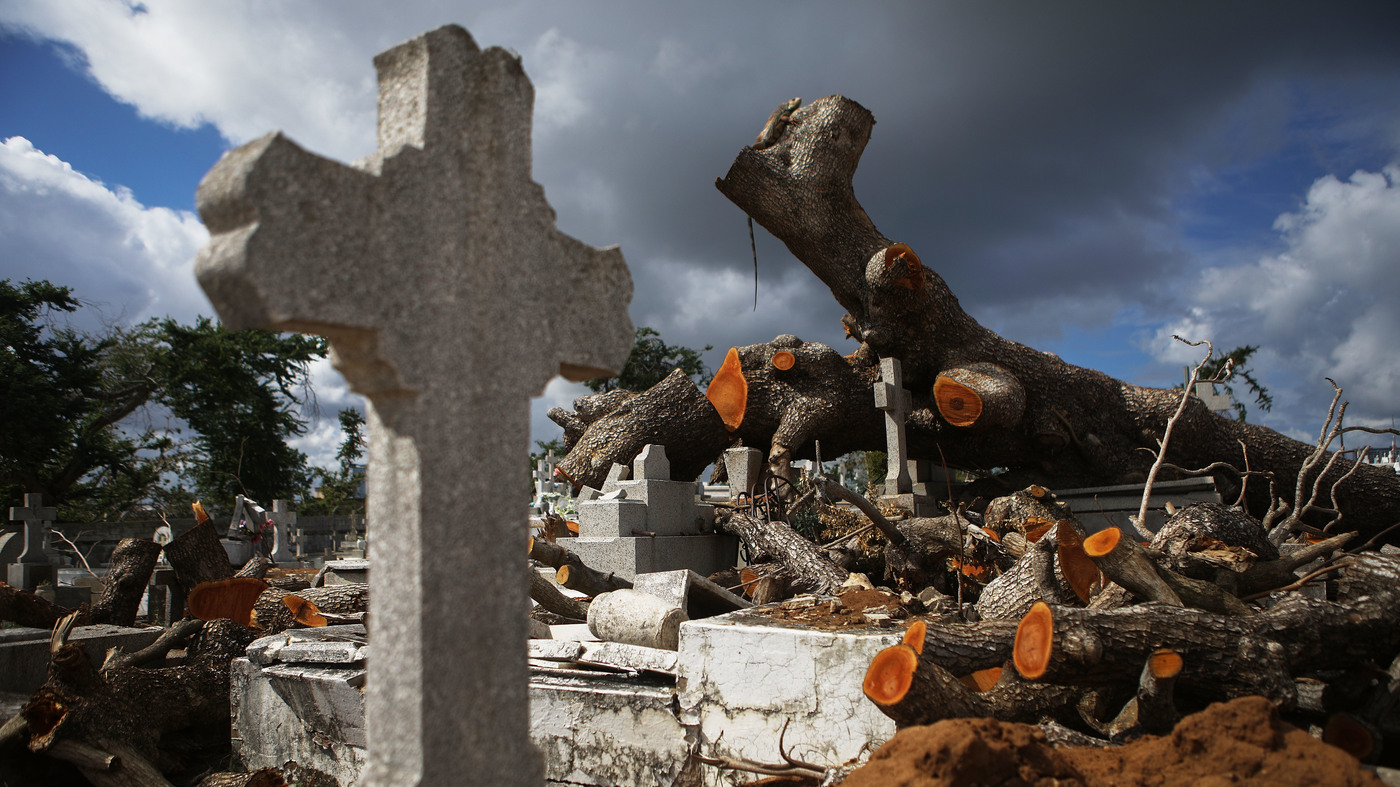 The death rate is a contentious subject, in part because federal and island governments haven't responded as rapidly to the disaster as they have in other hurricane emergencies.

It’s remarkable to me that this doesn’t still dominate the news. And it’s a gift to the Trump administration that it doesn’t.

Thousands of Americans died, with incredible devastation that is still largely unrepaired, with much of this preventable in my understanding, and it hasn’t been on the front page in months, IIRC.

Oh, yes, I wouldn’t be surprised if 8,500 is low, and no doubt there’s lots of nonfatal (so far) illness, injury and suffering also consequent on the failure to repair the infrastructure destroyed by the hurricane that will continue to take lives in the future.

But the folks currently in control of this country’s resources don’t look up Puerto Ricans as Real Americans anyway, so who cares, amirite?

It’s remarkable to me that this doesn’t still dominate the news. And it’s a gift to the Trump administration that it doesn’t.

Thousands of Americans died, with incredible devastation that is still largely unrepaired, with much of this preventable in my understanding, and it hasn’t been on the front page in months, IIRC.

Thousands of brown people died. I’m surprised it made the news at all. Hell, we forgot about Katrina long before New Orleans was rebuilt, and there were white people there too. 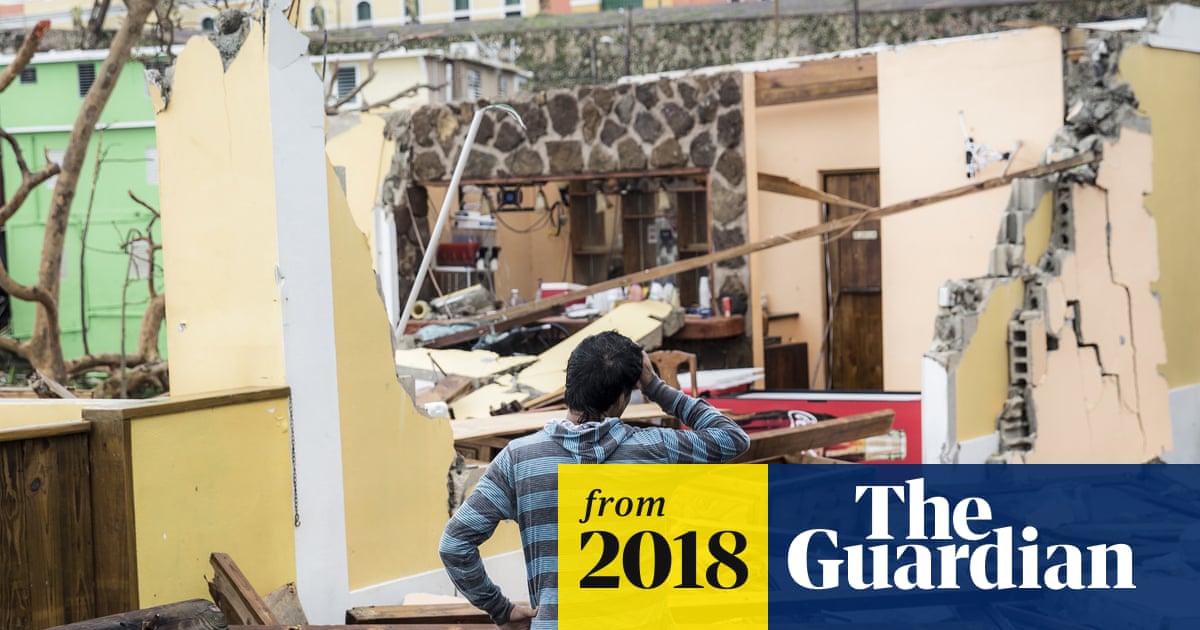 New estimate of 2,975 dead in Puerto Rico is many times higher than the official recorded toll of 64, which was widely questioned

A Harvard-sponsored study says the death toll may be as high as 8,500, most of them “excess deaths” resulting from things like lack of clean water or medical care, inadequate food, etc.

What’s happening on the island is barbaric. If the number of deaths is proven to be close to 8,000, that is quadruple the amount of Americans who died on 9/11. Yet, no one bats an eye.

9/11 was totally man-made and might have been preventable. How would one go about preventing a hurricane strike?

Well, if they hadn’t squandered the four rolls of paper towel that the President lobbed at them, maybe they wouldn’t be in this mess.

The sad truth is that American territories are largely forgotten by most people on the mainland - might as well be foreign countries. The one way Puerto Ricans can actually have an impact is to move to Florida en masse, live there until the island is repaired, and vote for Democrats. I doubt that happens, though.

If the death toll is 3,000, it’s at least twice as high as New Orleans after Katrina. Will Puerto Rico be Drumpf’s “Katrina moment?”

The Harvard range-of-probabilities numbers were poll-based and gathered from the hardest hit spots, resulting in a high over 8000, a low around 800 and a mean around 4600.

Since then there have been a Penn State study and now this latest GWU study (commissioned by the PR government), using actual death/burial certificate and health stats and the Vital Registry numbers islandwide. These brought figures of (PSU) 1500 excess deaths for the 3 months after, and now (GWU) 2975 for the 5 months after. Now, what this later number represents is the result of the analysis of deaths happening in the time period vs. the trending population-adjusted mortality numbers for the same period in preceding years. IOW it means 2975 more people than expected died in that time period once they adjust for loss of population from displacement (as opposed to Penn Sta. which was just absolute increased mortality in 3 months vs prior year, period), whatever the cause.

The higher number has been now adopted by the Commonwealth government as their working number. GWU has indicated it will take them another year to dig through the actual certificates to determine what were the specific contributory factors.

This happens because for a period immediately after the disaster there was a massive failure of communications and chains-of-command in the local public sector (and it is us, NOT the feds, who count our dead). The usual systems for certifying deaths went dark, and for health reasons in many locations across the island the dead, be they from natural or other causes, for weeks had to be just buried or cremated without autopsies and with only reports handwritten down by the town doctor and police chief. Six months after the ME’s office still had reefer trailers in the parking lot to deal with backlog (any death not under the supervision of attending health care providers is supposed to be referred).

This of course results from a preparedness posture that as a recent FEMA report indicated was toally inadequate at both federal and local levels. Their expected worst case scenario was totally overoptimistic. FEMA for example has had to adjust its prepositioned supplies sevenfold for this current season. The PR public sector in 2017 was itself badly weakened by the long-ongoing fiscal collapse, so that the response structures, public health care, security agencies, utilities etc. were already underequipped, underfinanced and undergoing further cutbacks even in the lead-in to the event. And that then has a nasty synergy in that that federal emergency response is ***not ***prepared to just “take over” like an invading army, but is reliant on that the local levels be able to say what they need when and where, and that there be some local resources to work with. The feds were just not set up for what they faced and had to make it up as they went along. Mission taskings and fundings had to be extended past their usual time deadlines over and over (also, the funding appropriated for recovery – in the tens of billions already – is not just handed over: it has to undergo an evaluation of need and eligibility and pre- and post- audit) (Meanwhile, even in the mainland USA there’s people in Houstonraising their voices that recovery efforts are bogged down.)

As already the Harvard study began to point out, the higher numbers come as a result of what many of us had feared while as the fog-of-disaster was lifting and in the months afterwards: with the total destruction of the power grid, nearly so of the communications network and largely so of road infrastructure, a huge swath of at-risk population became deprived of essential services. The elderly and chronically ill and people already in marginal situations, as individuals and communities, were socked with severe physical, mental and economic stressors just as they lost access to health care facilities, supplies and providers; refrigeration for medication and food; clean drinking water; power and consumables for respirators, feeding pumps, drug pumps etc. Surgeries had to be postponed and treatment regimens interrupted because the providers were in no position to perform them and were busy triaging imminent needs (Hospital Ship Comfort was deployed but there was a problem with being able to communicate with the localities to know what patients to go get and where; and again, urgent triages were given priority). Workplaces were destroyed or closed so income streams were cut off (and so were public revenues) creating further penury. GWU estimates than in the poorest communities mortality risk spiked by 45%.

BTW, this is a new way of counting disaster-related deaths than was used before for official figures in PR (and AFAICT in other jurisdictions as well). Since anyone remembers, the tabulation has been made on the basis of deaths directly attributable to the phenomenon or one-step-of-separation removed. i.e. someone drowns in the flood; tree falls on your car; someone falls off the roof while trying to secure an antenna; someone has a heart attack while trying to put up the shutters; CO poisoning or fire from badly installed generator; etc. Under that old method the death toll was only 64 and quite frankly it would have looked better to just say “we do not know” than to keep that absurd number up on the websites.

This is first of all a huge human tragedy for this island community, unseen in a lifetime. It represents a major call for a significant overhaul in federal and local disaster preparedness across the nation; for a reconstruction process that looks forward to being resilient against a similar future hit; for the establishment of one reliable and generally agreed upon standard to compute death tolls, ether direct, indirect or correlational. It is also a massive blow to a society’s longstanding pride in their ability to be prepared (OTOH, in how many other places in the USA would going 4 monts w/o utilities have resulted in NO general rioting?).

You’ll excuse me if I find that I care little for it being used just to underscore some political figure’s villainy.