I think this is a interesting to consider regardless of the fantastical nature of the hypothetical.

Premise: North Korea is dissolved and reunites with South Korea. Pick whatever circumstances you like: special forces take out the entire Kim family and military leadership, Dennis Rodman negotiates a lasting settlement, rust monsters from d&d simultaneously eat every piece of artillery pointed at Seoul and SK takes advantage of the opportunity to invade? Whatever. It’s a done deal.

How is this likely to play out? The most immediate problem is the massive humanitarian crisis caused by years of food shortages, but the international community is likely to fall over itself to provide aid and show that they’re taking part in an historic reconciliation process.

The newly unified Korea will find itself sharing a border with China, which will no doubt cause diplomatic challenges. China is a major trading partner with NK, but how much of that is the equivalent of economic charity for a useful idiot of a friendly neighbor?

How much of NK’s current infrastructure could be usefully integrated into SK’s highly advanced economy? How much of a drain will NK be on them?

Presumably they’ll have to maintain strict control over the former border to prevent the disruptions that a massive flood of refugees would create. How long until that border is no longer needed and there’s no more practical distinction between the two parts of the country?

I know relatively little about the sociopolitical status of that part of the world, so any insightful guesses would be read with interest.

It’s likely that the wildlife in the DMZ will suffer. 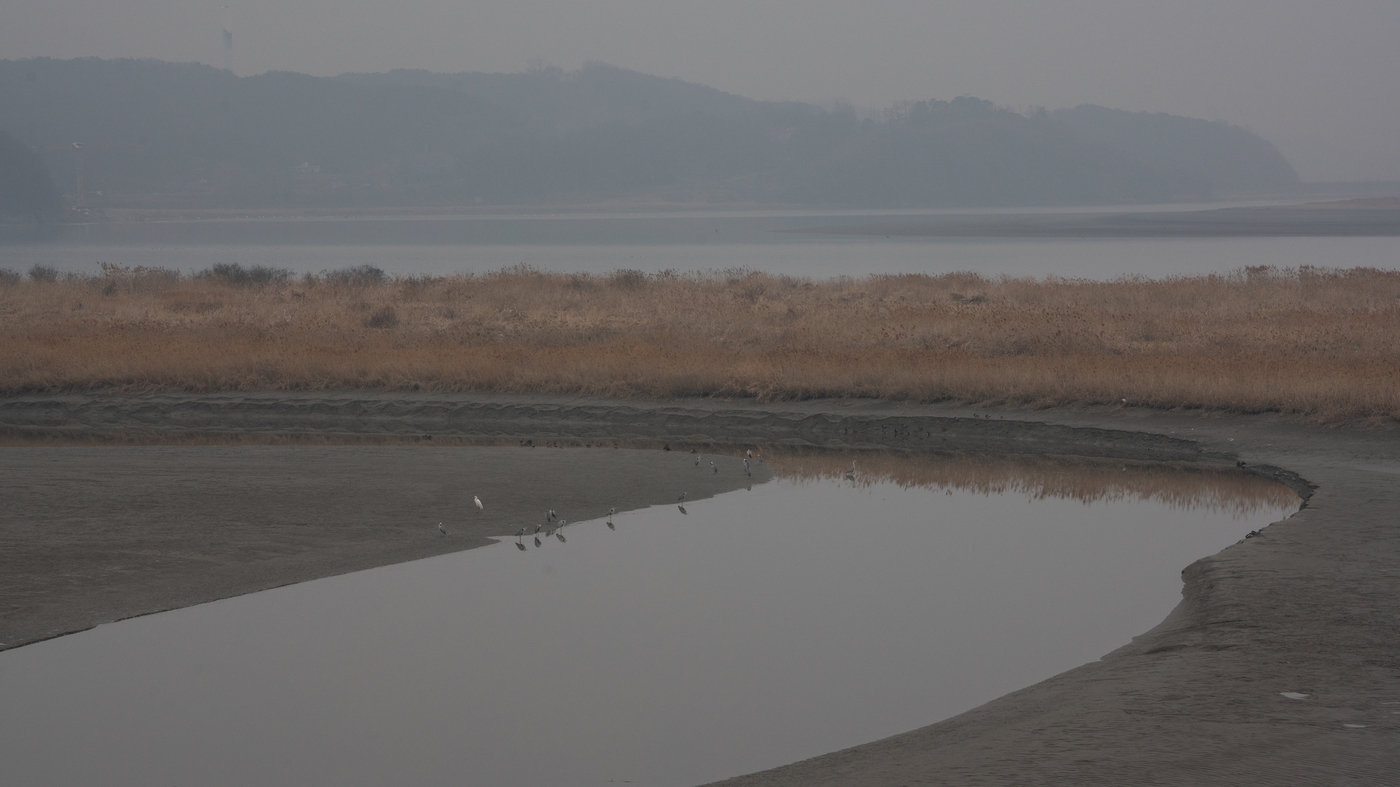 In Korean DMZ, Wildlife Thrives. Some Conservationists Worry Peace Could...

The heavily fortified no man's land separating North and South Korea, largely untouched by humans, has become an ecological niche for the region's flora and fauna, including endangered species.

A newly Unified Korea might find value maintaining the DMZ as a national park and monument, but yeah - allowing even ecotourism would negatively impact the wildlife there.

The usual analogy used for this is West vs East Germany, but 10 times more drastic. There’d be a great deal of discrimination by Southerners against Northerners, and the absorption of people would lead to great upheaval, but over the course of decades the new united Korea would be a very strong nation.

The absorption of 25 million new citizens with virtually no experience with modern economies or governance combined with demographic collapse of the currently larger group makes unification a fantastically complicated scenario to me.

Here’s what I said in the other topic, just as this was being split off.

There’s an obvious comparison to the re-unification of Germany, which I think cost the former West Germany vast amounts to bring the former East Germany forward. And yet, it was desired, I think. Why wouldn’t South Korea similarly desire re-unification? One reason they might is the population of South Korea is shrinking rapidly, especially young people, so an infusion of people from the north might be a good thing.

When I was in South Korea a few years ago, I brought up this question, which South Koreans have been thinking about for a long time. I agree it’s something that most want, but the North Koreans are almost as foreign to them as the Chinese. So why do they want reunification? Because every day, they have to face the idea that a massive war is going to break out that will cause countless thousands of deaths on both sides, and nobody wants that; however, integrating North Korea into South Korea is a herculean task that the South Koreans aren’t looking forward to. The two countries currently have very little in common. Think how awkward it would be for very distant poor and uneducated cousins to move into your house.

The Army of the People’s Republic Of China would ask for a word with Korea.
With horrid results.

The Chinese government has always expressed “concerns” about having a non-communist Korea on its border. Regardless of whether or not those fears are realistic, Korea and the rest of the world have to take them into account.

There would have to be a trilateral agreement between Korea, China, and the United States (because we’re involved in this, whether we like it or not) setting forth limits on how many troops can be stationed in a unified Korea and where they can be stationed. The ideal would be for there to be enough troops in Korea to prevent a pre-emptive Chinese invasion while not enough troops for China to feel threatened into launching that invasion.

How long until that border is no longer needed and there’s no more practical distinction between the two parts of the country?

The former Confederacy is still the poorest, least industrialized part of the US. I suspect “no more practical distinction” will take centuries, if it happens at all.

The former Confederacy is still the poorest, least industrialized part of the US. I suspect “no more practical distinction” will take centuries, if it happens at all.

And the sad thing is that the former East Germany, even today, lags economically behind former West Germany (income, unemployment, productivity, standard of living). And that’s with a lot of effort and expense put towards it across 3 decades and from a much better starting place.

I can’t begin to imagine how difficult it would be to integrate North Korea into the South. That’s just not tenable without significant resources from the rest of the world and there will be lingering disparity (and probably more than a little internal strife/violence) for several generations.

When I was in South Korea a few years ago, I brought up this question, which South Koreans have been thinking about for a long time. I agree it’s something that most want, but the North Koreans are almost as foreign to them as the Chinese.

This sounds like the sort of thing that people might claim to want in the abstract, since it’s patriotic to desired a united Korean people and generous want to help the poor beleaguered souls to the north, when there is no chance of it actually happening, but which could lose support if there was the danger could actually occur.

I’m not saying that this is necessarily the case for the people you talked to, I’m just noting it as a possibility given human nature.

I’m not saying that this is necessarily the case for the people you talked to, I’m just noting it as a possibility given human nature.

I think you’re right. What they would tell an American co-worker might be very different from what they tell each other.

My sense would be that, as the North Koreans realize the extent of the lies that they’d been subjected to and level of abuse that they’d been under, they’d want to go on a hunting mission for anyone involved. So, for purposes of saving lives, you’d probably need to separate out and isolate anyone with pretty much any position in the ruling party. Maybe check if China or anyone would be willing to take them as exiles.

I do NOT think that you would want to try and integrate the two countries in a hurry. North Koreans are probably too far away from South Korean culture and knowledge. You would probably want to set up an occupational government, like the US did with Japan, post-WWII. Basically, you would take over the government and run things in a fairly top-down approach, without elections.

From there, I’d probably be worried about them falling back to communist/juche/authoritarion ideology without a sufficient percentage of the population properly acquainted with democratic/capitalist/humanist thought. So I’d suggest something like the British did with Hong Kong and slowly open government positions to general elections, starting from the bottom, with the idea being that at some point the locals take over completely.

Once the government is fully populated with North Koreans again, after 20-40 years, they could hold a referendum on joining with the Southerners to join together into a unified Korea.

The process would take a generation at a bare minimum, and probably a full lifetime or more. You need to educate the children, and then wait for them to grow up and take over the country.

It’d be hella culture shock for North Koreans. Most places in North Korea outside Pyongyang don’t even have reliable electricity and running water. South Korea is thoroughly first-world. You give a North Korean a smart phone, they don’t know what the fuck to do with it.

I think you’re right. What they would tell an American co-worker might be very different from what they tell each other.

There’s definitely a generational divide over it. The 20s somethings are deeply ambivalent about it while older Koreans are more likely to still think reunification is a good idea. I suspect you were speaking to somewhat older 30s-50s folks?

A lot of that is due to a sometimes unfortunate nativist mindset. Koreans generally think of themselves as a race apart (and generally superior) from the rest of the world and older ones are more likely to include the North as part of themselves, present circumstances notwithstanding, than the younger set.

My own parents are more likely to accept it’s a separate political unit but still one people/nation separated temporarily by unfortunate circumstances rather than something that should persist indefinitely.

Young adults in South Korea were less likely to wish for unification with North Korea, less happy to share vaccines with the North or accept refugees, and less wishful for close diplomatic relations with China compared to the older generation...

When I was in South Korea a few years ago, I brought up this question, which South Koreans have been thinking about for a long time. I agree it’s something that most want, but the North Koreans are almost as foreign to them as the Chinese.

If somebody actually told you that, I would have grave concerns about their reliability. 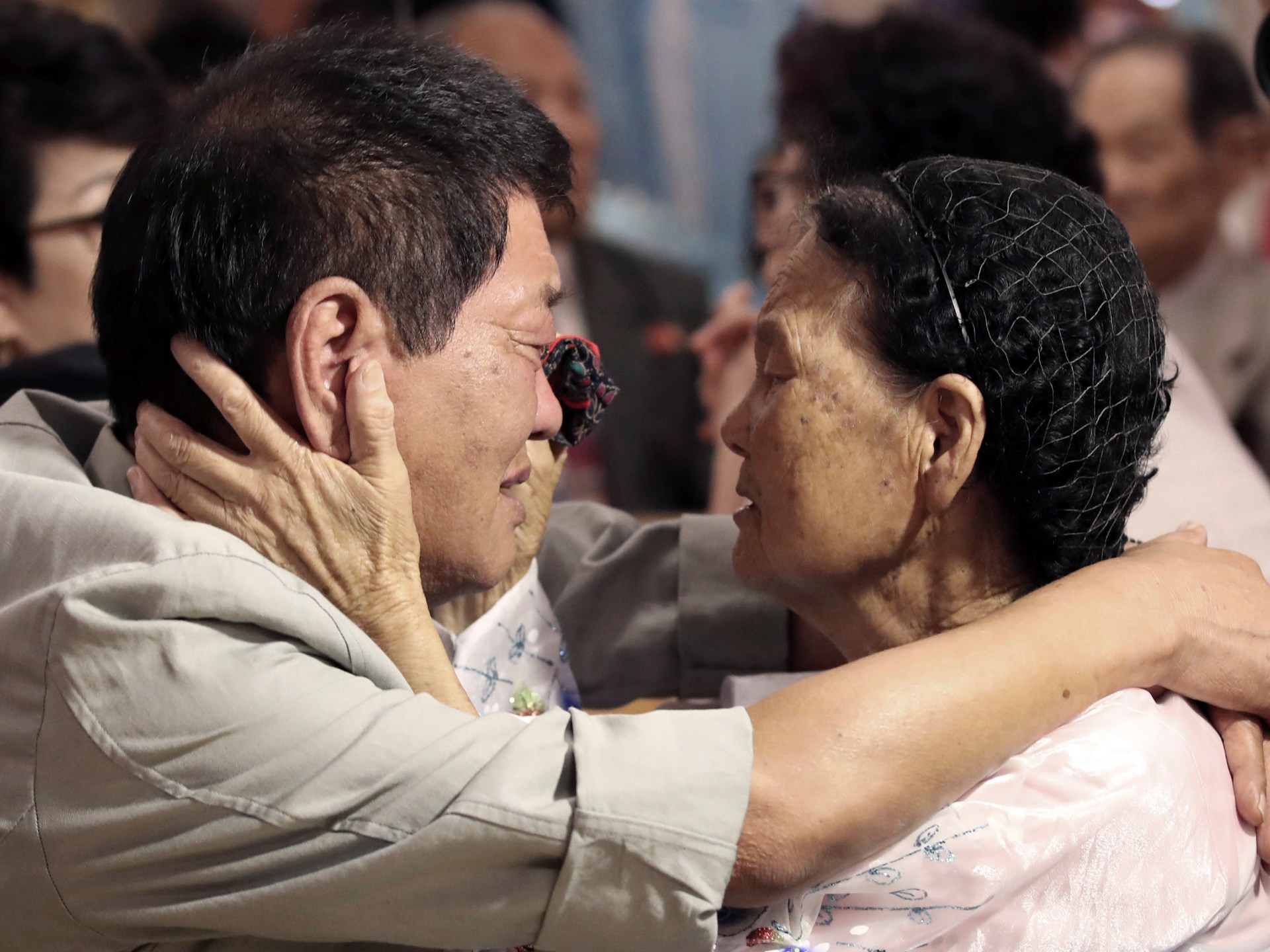 Millions were separated across a border when fighting in the Korean War suddenly came to an end in 1953.

Imagine South Korea laying claim to North Korea and simultaneously restricting southward migration. Or limiting Northerners’ voting rights. Such ground rules would guarantee the failure of reunification. North Koreans would never ever stand for colonial treatment from Seoul. Remember that, in the German case, the West Germans even had to accept the low-value East German mark at a 1:1 ratio with their own currency.

So… reunification would be super-complicated.