I had no idea Jacqueline Bisset is still alive and acting again.

I thought she was long dead or in a retirement home.

She’s back and on tv. Quite a surprise. 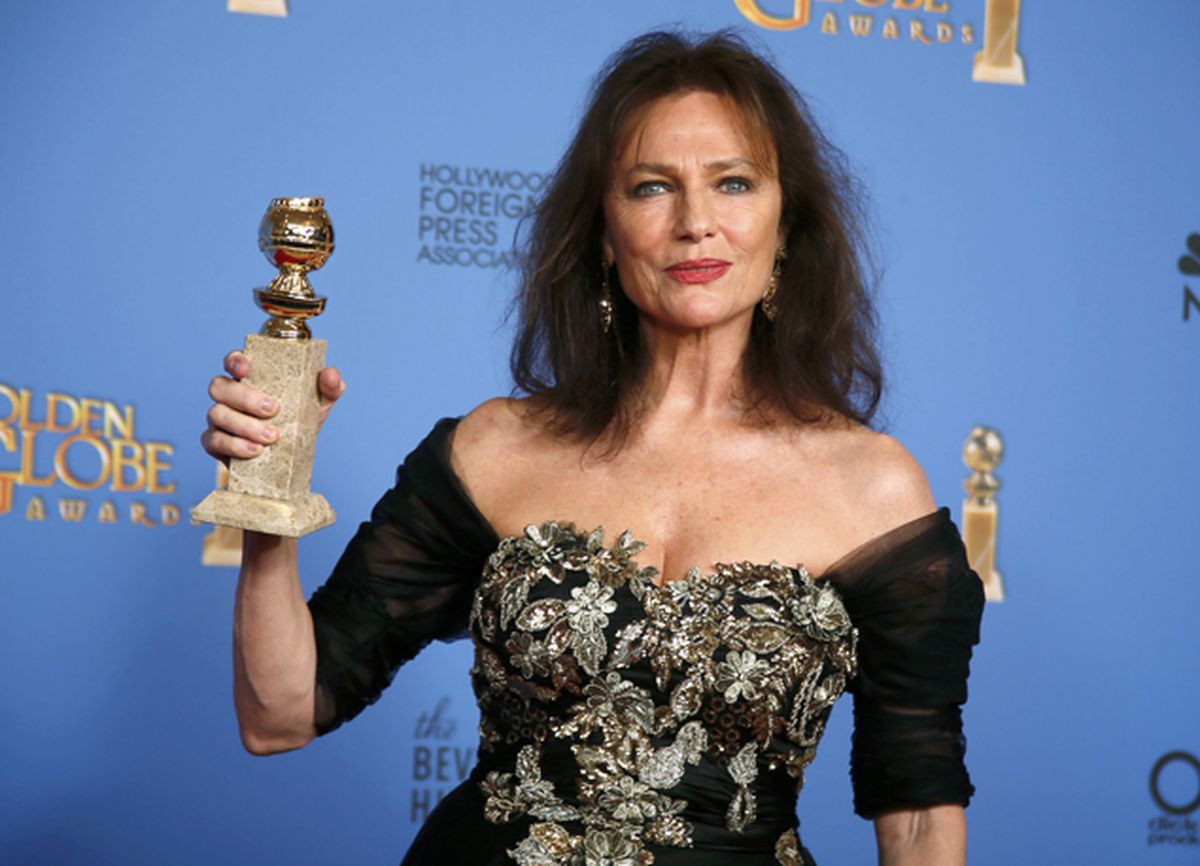 Jacqueline Bisset dropped some profanity while attempting to pull herself together during an emotional acceptance speech.

Jacqueline Bisset dropped some profanity while attempting to pull herself together during an emotional acceptance speech for the Best Supporting Actress award for her turn in “Dancing on the Edge.”

She’s been in roles more or less continuously. Nothing starring, but she’s out there and working.

Damn, I can still see that scene from The Deep in 4K resolution.

(My signature JB movie, though, is the little-known The Grasshopper, which has two of the best lines [in context] I can remember from any movie of that era. It took me years and years to find the film again because it was re-released under a variety of titles and even VideoHound didn’t have it cross-referenced. Neither did IMDb in the earlier years.)

Her character is applying to be a Vegas showgirl. The manager is dismissing her because, you know, her “tickets.” She rips off her shirt and being 1970 there’s no bra underneath (seen only from behind, alas) and growls, "What’s wrong with my “tickets”?

Typical 1970 ending - after two hours of wild carousing and doing everything under the sun including hooking, she’s busted for a strange, strange crime and is being booked. She’s asked her age. Last line of the movie: “Twenty-three.” (fadeout with that strange metallic reverb so popular then.)

She should make it to the stage to receive her award any minute now.

I had no idea Jacqueline Bisset is still alive and acting again.

It’s just weird seeing a 70’s icon pop up out of nowhere and be on the Golden Globes. I read entertainment news almost daily and haven’t seen her name in decades.

I see the credits on imdb. She’s been working steady on tv. I just haven’t run across her name in a long time.

She’s appeared, sober, on 3 episodes so far of Rizzoli and Isles as Maura’s “mother”.

Not a particular good choice, if you ask me. Having a British mom for Isles doesn’t really fit.

OTOH, I re-watched Day for Night several months back, so that memory has been refreshed.