I hate standing concerts, but I keep going

I hate standing concerts. I went to one two years ago and my legs, especially my ankles, were in horrible pain by the end. I swore never again.

But now a singer I really like is coming to town, so I bought tickets. Standing general admission. I guess I can’t help myself.

They still have those?

It was the only way to see a show in the 70s. I remember a short girl with us got literally lifted off the floor by the crush, we didn’t see her again until after the show. I don’t think I could stand for five hours any more.

You could get something like this and use it throughout (if you can get up front) or at least take a breather every once in a while during. 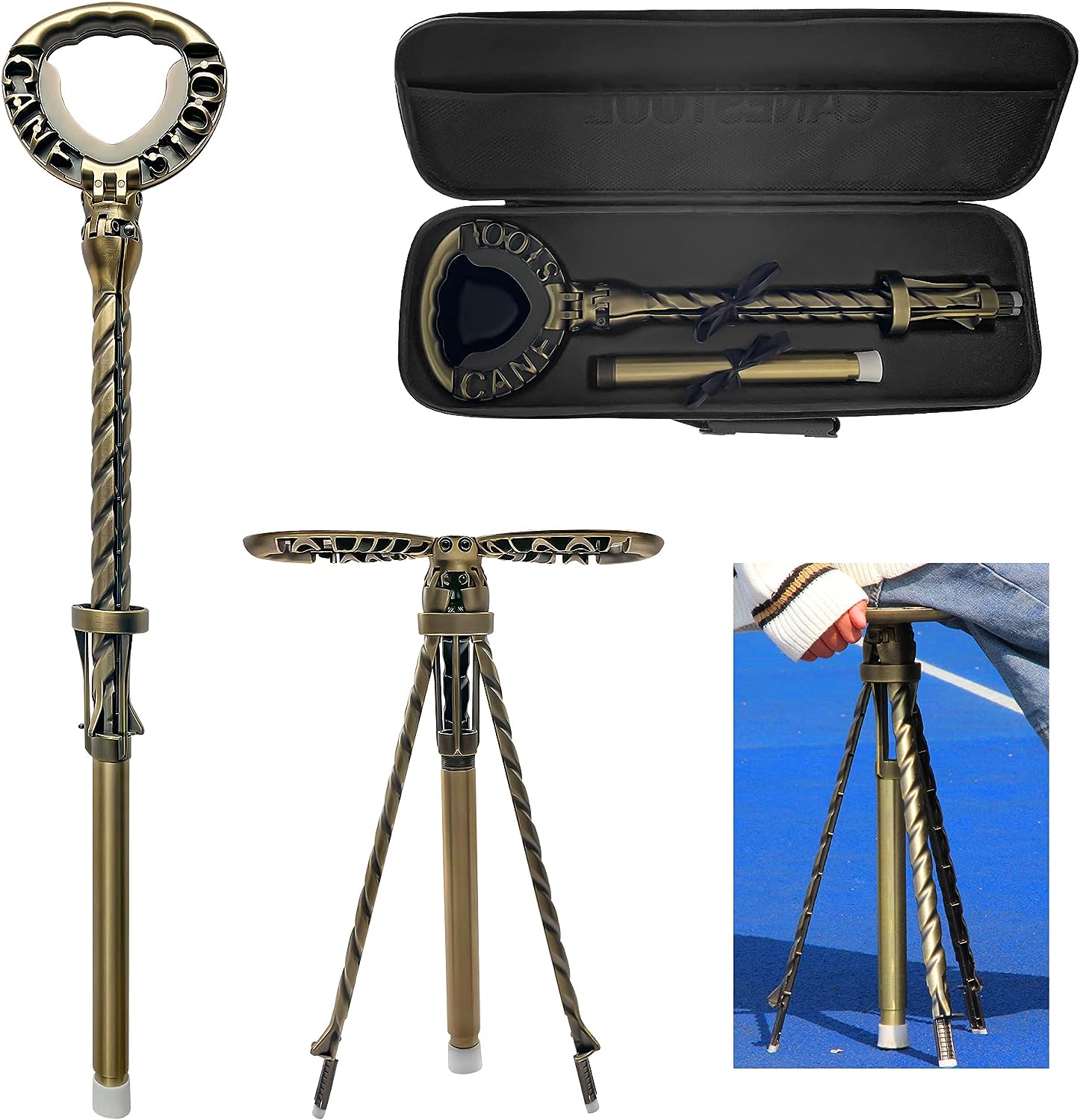 “Late one night at the sewage treatment plant…”

You could get something like this and use it throughout (if you can get up front) or at least take a breather every once in a while during.

I wouldn’t be surprised if music venues wouldn’t allow something like that to be brought in any longer. In the years just before COVID, I’d been to several venues that wouldn’t let you even bring in an umbrella.

In my youth (around until age 40), I was just the opposite of the OP. I hated sitting in concerts and was always mightily pissed if I entered a venue which only had seats I didn’t know about before. You cannot really move and dance, and being mostly a rock fan, a standing audience just seemed to be the traditional way of doing concerts. If a concert had a seated and a standing area, I always bought tickets for standing. Now that I’m 53, I still go to standing concerts (mostly in small clubs), but if I buy tickets for a big arena, I always buy tickets for a seat, out of two reasons: a 53 years old guy feels having to stand several hours (and maybe even dancing) in his bones the following day, and most of all, standing tickets in the inner section of the arena are always the most expensive ones (at least here in Germany).

I’m kind of the same, except that I’m almost 60, so I’ve had even longer for my standing stamina to deteriorate. And beyond that I’ve had problems with my ankles for decades.

My wife and I are in our late 60s and she has some joint problems that make it difficult for her to stand without a cane or for periods of more than about 10 minutes. We attended concerts at two separate venues within the same week. Both acts were “classic rock” acts with the expected mix of old fogies and younger fans.

Venue #1 was an open event pavilion and we paid significantly more for the tickets in order to get an assigned seat in the “Golden Circle” nearer the stage. As the performers came on-stage, just about everyone in the assigned seating area, including everyone who had been seated behind us, surged up to the stage and literally filled the aisles. They stood for the entire show, since they had no seats, which meant my wife never saw the performers or any of the concert. The security people and users made no effort whatsoever to keep the aisles clear or keep the people who paid for cheap tickets off of the front railing. After the show, I called the venue management to complain. They politely told me I shouldn’t have gone to a concert if that was going to be an issue for me. They were a**holes.

Venue #2 was an older theater that also hosted musical acts. Cheap Trick was playing. At this venue, the ushers would come up and tell you to get out of the aisle if you stood in it for more than a moment. Other concertgoers would stand for an appropriate period of time, but sit down for extended periods. My wife and I enjoyed the show immensely.

Guess which venue we will never return to?

I wouldn’t be surprised if music venues wouldn’t allow something like that to be brought in any longer.

Yeah, I’d be shocked if anything like that was allowed in a venue. Especially the sharp one for outside that basically looks like its designed to create human kebabs. Even the regular walker one would likely be disallowed. I’ve been to some outdoor concerts, like in a big park, where they’ve allowed small camp chairs, but they were very strict about how tall they were and those stools would certainly be too big.

In my youth (around until age 40), I was just the opposite of the OP. I hated sitting in concerts and was always mightily pissed if I entered a venue which only had seats I didn’t know about before. You cannot really move and dance, and being mostly a rock fan, a standing audience just seemed to be the traditional way of doing concerts.

Standing and sitting concerts definitely feel different although I’ve probably not isolated all the variables correctly. The sitting concerts I’ve been to have been large venues (think where a traveling Broadway show might perform). It’s the worst of both worlds IMHO. The distance and impersonality of an arena show without the spectacle. On average concerts at Seattle’s Paramount have felt lower energy to me. The sweet spot for me is the 200-500 person venue where the tickets cost $20 and everyone is standing. Luckily my music taste is compatible with the sort of bands that play those sort of venues when they tour. It’s a way more immersive experience.

I never liked standing at shows, even in my teens. I never cared for dancing so that may account for it. I was actually shocked the first time I went to a show and saw people flailing about and “singing (I use the term loosely)” along with the music. I would think to myself “you can do that at home to your heart’s content, but to see your favorite band perform is a rarer occurrence, wouldn’t you prefer to watch in amazement and joy”.

I guess I’m an outlier. Music is a cerebral experience for me, not a physical one.

I’m 46 and so far, I still far prefer standing shows to sitting for the type of music I like. I went about four years ago to a sitting concert with the Smashing Pumpkins and Liz Phair on a semi-acoustic tour and it just felt so weird to me. I also saw a St. Vincent show like that. I just … I dunno … it feels off to me. Those are the only two sitting concerts of the dozens I’ve been to in the last ten years that I could think of.

I can understand feeling weird in that situation. However, I’d rather feel weird then feel excruciating pain in my legs.

A number of places here have both: balconies have seats, and then there’s the floor. But the problem is even in the balcony, a lot of folks will be standing, so if you’re not in the front row, you’re a bit SOL.