I have never been much into crime/police/investigative shows, and I fully admit that I only watched Broadchurch because I am a David Tennant fangirl. To my surprise, I ended up really enjoying the show. I liked the way we were introduced to many possible suspects, learning more about each of them as the show went on, finding out about past scandals and secrets, possible motives, etc.

My one gripe would be in the reveal of the killer (spoilers):

I felt a bit blindsided by the police detective’s husband being the killer. It seemed to me that we didn’t learn as much about his background/personal life as the other characters. He was just there as a supporting character, only ever used in relation to the detective character’s home life, so I never even considered him as a possible suspect. Maybe that was the idea, to surprise the viewer, but I felt like it was a bit of a cheat. But I’m willing to believe that maybe I just didn’t pay attention enough to his scenes.

But anyway, I’m getting off track. Now that I know I like this show, can anyone recommend something else I might like? UK/US/whatever, doesn’t matter. And I do know about the upcoming US remake of Broadchurch, but am interested in other options too. Thanks!

The American version of The Bridge seemed similar to it in some ways to me. It’s a dark show, partly about the detectives and the investigation, but also partly about the town and the people. I haven’t seen the original Scandinavian show so I can’t personally speak to its quality, but I’ve heard it’s good as well.

Top of the Lake is also a good show that’s somewhat similar, with a detective investigating what’s happened to a child and there being unhelpful townsfolk. I thought it was somewhat slow at times, but overall it has very good acting and writing and beautiful scenery. It’s also a pretty dark show.

Also, Above Suspicion which is a British show starring Ciaran Hines.

Sorry that’s a trick. Gracepoint is the American TV remake of Broadchurch. David Tennant will be reprising his role but with an American accent.

It does seem to be in the style of a lot of current European crime dramas. Reminds me in pacing and plot of The Killing and other shows.

Try The Bletchley Circle, about four girls who used to be code breakers during the WWII using their skills years later to track down a serial killer in post war Britain.

Line of Duty on the BBC is a good police procedural IMHO. It’s in the second season, now.

With Lee Ingleby, Emma Cunniffe, Philip Jackson, Juliet Stevenson. A young girl mysteriously vanishes from her English village home. 45 years later, a journalist's attempts to make a documentary on the case threaten to shatter the lives of all...

I think a big part of Broadchurch was the way that the murder affected various people in the small town. I believe the writers were influenced by the Scandinavian series “The Killing”, which I have not seen (although I saw the first season of the American remake).

We really enjoyed Broadchurch as well. Fully agree with the OP’s complaint. Also looking for similar shows, limited run things like Top of the Lake. True Detectives, OTOH, is a slog for us. Great acting. Contorted, slow moving story.

We are currently going thru DCI Banks, which is quite good. One crime per two episode story. So a bit of a longer format per crime. Only about 20 episodes so far but they’re still making them. (One of the two main characters, Annie Cabot, went AWOL for a while since the actress had a baby. That really affected the show.)

Also in standard format show, if you haven’t watched Luther, that is a must. But the series did have a full cycle of backstory from beginning to end.

Broadchurch & ‘the bridge’ have really very little in common beyond a murder,
We holiday in West bay (the location for Broadchurch) and in fact camp on a clifftop just beside the murder scene, 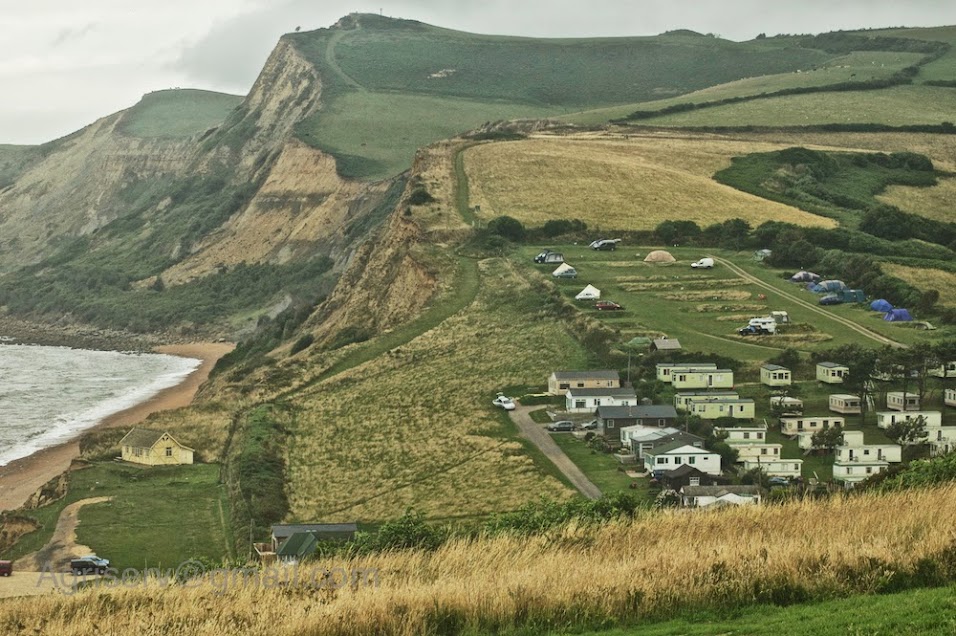 the locals resent the BBC attempt at the Dorset accent making them sound vaguely simple.
the bridge however is just the latest in a line of Scandinavian murder mysteries, but with a cool almost autistic Swedish blond, and the empathetic lead is instead left to her Danish Male colleague, there is a further series in production for broadcast in 2014

Top of the Lake is a good shout from last year.

S2 of The Bridge is better than S1 (orginal, not either of the remakes).

Line of Duty is clever, in a writers kind of way many don’t get.

Have to bear in mind Broadchruch is of rare quality, they don’t come along often.

If you like a bit of humor mixed in with the investigations, give*Castle *a try.

There was a British show with Gillian Anderson last year, I think it was called The Fall, about detectives tracking a killer that I thought was done *really *well and did things I didn’t expect. I think it was only 6 episodes, and season 2 is either filming now or going to start soon. It’s on Netflix.

Also, they occasionally do what Broadchurch does, in showing the effects of crime on family and community, and what a shambles the detectives’ personal lives can be.

Season two especially, with the Helen Bartlett situation. I felt for that woman, and I hope Gil spoke truth when she said she wouldn’t let that happen again. charging Helen for not coming forward to report something that happened when she was a young girl

I felt the same way about the ending.

I think a big part of Broadchurch was the way that the murder affected various people in the small town.

Right, only I don’t know how much of that I can take. After a day’s work, I want relaxation, not grief!

I really liked Broadchurch, but I wouldn’t want to watch more than one show like that per season. Maybe not even that often.