I already said what I wanted to say to @damuriajashi

Can you repeat them here?

I don’t see much point, as you replied to me in the Trolls thread anyways. This thread exists so that all the discussion about you and @DemonTree can happen in this thread, and the Troll thread can go back to being about pointing out trolls.

No it isn’t, you stupid liar.

Do you see anyone rushing to your defense? Of course not. And if I was distorting your words in this woke echo chamber, there would be a dogpile of people telling me that you obviously meant something much less racist. The silence is fucking deafening.

People aren’t “dogpiling” on you because more and more posters have you on ignore. But plenty of people did note that you were incorrectly calling people racist.

In fact, I didn’t mention it specifically because others had already said it and @iiandyiiii had already defended himself quite well.

One of those racially-tinged insults was attacking the non-native English speaker “stupid” because you though his English was bad. I guess all those people who can’t speak English at all must be even more stupid, right?

I called him stupid after I realized he was an english speaker. English is not my first langauge so I try to make sure I am not insulting someone who probably knows 3 or 4 languages for not knowing this one. GIGO on the other hand is stupid. I suspect he knows he is stupid and has known this most of his life. He gloms onto the thoughts and opinoions of others and parades them around as his own in order to present the facsimile of adequacy.

It’s the bullshit excuse people have used forever to attack immigrants. They must be mentally inferior because they don’t speak English perfectly.

Knock that racist bullshit off. It doesn’t become okay to be racist towards someone because you are mad at them.

I am an immigrant myself, engllish is not my first language. I think GIGO is stupid because english ISN’T its his primary language and he is STILL shit at it.
[/quote]

While your English makes perfect sense, the argument here is confusing. If you also do not speak English natively, that’s all the more reason that you should not call people stupid because you have trouble understanding them.

You have yet to provide any evidence that @GIGObuster is stupid. Most of us would say that @GIGObuster is an intelligent poster. You may disagree with him, but that doesn’t make him stupid. He argues in a rather straightforward, rational manner, making good arguments. He seems to have a lot of knowledge on the subjects he discusses.

If you can’t understand what he says, that’s a flaw in your understanding, not his posts.

Finally, I ask that you reply to people in this thread. I created it to stop the hijack in the other thread. If you want to reply to something someone said over there, do what I did and copy and paste your reply into this thread, please.

And you lack any other interests or niceness to make anyone actually like you as a person or want to interact with you in other threads. This edgy racism/bigotry shit seems all you are interested in.

Damn @BigT, can’t you enjoy the warm glow of having people agree with you without kicking someone when they’re down? I’ve put up with a lot of insults and name-calling, and I lost my temper yesterday when it was directed at someone else. And it was exactly as counterproductive as I thought it would be. Don’t bother replying to me here, I’m muting the thread.

How can DemonTree be racist?

They live in the blessedly racist-free island of Britain, and only (distantly) know 3 racists. They can’t possibly be racist. They don’t even own a hood.

{…} Don’t bother replying to me here, I’m muting the thread.

After my latest interaction with him, I find it difficult to believe DA is arguing in good faith at all. He literally will take one line out of a multiparagraph post, respond to the one line in isolation, then run around celebrating while screaming about how he really showed the racists. He’s either mentally disabled, a troll, or a genuinely hateful racist fucktard. Either way, I’m out.

With a more serious tone, it didn’t take me long to realize DA is someone who is a rat shit poster who fights dirty, just a little north of the rules, when someone challenges his logic.

My day just got worse.

Can you point me to where you saw that? Thanks.

ETA - or was it just from the “9th largest island” crap in her profile?

Is the lack of black fathers the true reason for racial disparity? Great Debates

I live in the UK and am (distantly) acquainted with 3 racists. What definition are you using exactly?

British and doesn’t get out much. Heh heh.

I’m confused about something. What’s this allegation that LHoD is racist because he thought Asians should be culled in favor of Whites? I’m missing the context, and I don’t want to search the threads for Ground Zero.

He’s either mentally disabled, a troll, or a genuinely hateful racist fucktard. Either way, I’m out.

After reading years of his shite, it’s at least 2 of these 3. Quite possibly all 3. This case shows they aren’t mutually exclusive.

I wasn’t justifying my accusation of racism I was pointing out that there was provocation (but not by LHOD). But by the time he stepped in, the dogpile had started, the temperature had risen, and his racist comments led to my inappropriate response (I was told in another ATMB thread that the rules were different in ATMB when there was an accusation of lying, I stand corrected). As I previously stated, I don’t think he is a white hooded cross burning sort of racist. I think he is the sort of …

Just for shits and giggles, I’d love for Damuri to quote the racist comments that led to his inappropriate response. I went back and reread everything I’d written in that ATMB thread. He’s, and I know this is gonna shock y’all, full of shit.

I’m confused about something. What’s this allegation that LHoD is racist because he thought Asians should be culled in favor of Whites? I’m missing the context, and I don’t want to search the threads for Ground Zero.

There is a school that right now is overwhelmingly Asian based on the standards they use to admit students. It’s a very prestigious school. They want to change this to a lottery system pulling from children whose GPA is high enough. This would reduce the number of Asian students at this particular school, thus destroying the future of the Asian race.

Eta: by “this” I mean forcing the best and brightest Asians to mingle with black and hispanic kids. They might even date!

Snipping the lies about me and my posts from the lying piece of shit poster DA. Shame on him for slandering millions of strangers based on their race and pretending he’s trying to help.

There’s nothing there, because @damuriajashi just makes shit up about other posters. It doesn’t matter what you actually posted – that you disagreed with him appears to have triggered his “EVIL RACIST!” node, and that’s all he can say.

Totally. As I said elsewhere, I’m happy to clarify things for people who aren’t disingenuous fucks about it. Knowed_Out was asking where this “LHOD IS A RACIST” came from, and given Damuri’s weaksauce attempt to back it up, I figured I’d chime in.

For the incoming whine: 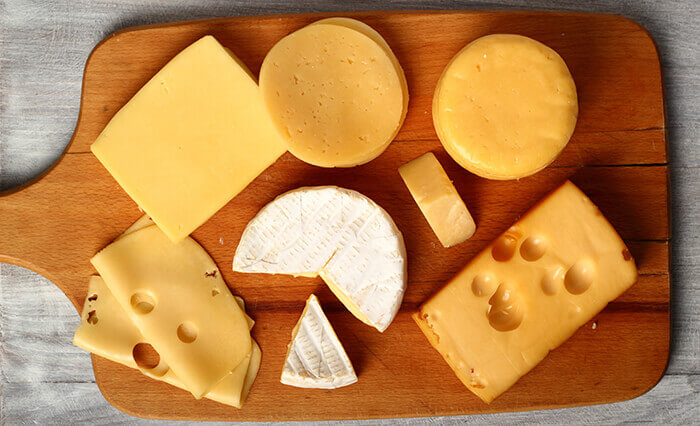 Just for shits and giggles, I’d love for Damuri to quote the racist comments that led to his inappropriate response. I went back and reread everything I’d written in that ATMB thread. He’s, and I know this is gonna shock y’all, full of shit.

Since noone [sic] in this thread came to your defense we can safely conclude you really are a piece of shit racist! /DA

Eta: gigo your English is trash. Noone [sic] i know writes with such bad English.

There is a school that right now is overwhelmingly Asian based on the standards they use to admit students. It’s a very prestigious school. They want to change this to a lottery system pulling from children whose GPA is high enough.

Is this what you’re talking about? Seems like COVID made it a really sticky situation with no easy answers. Even if LHoD is unequivocally in support of the lottery system, it’s not exactly a call for suppression of Asians in general. Why did this particular issue trigger DA?