You may not recognize Ben Cooper’s name, but his face should be familiar to any fan of Westerns. He did a lot of Western movies in the 1950’s and guest-starred in many of the 1960’s tv Westerns.

My favorite movie is Johnny Guitar with Ernest Borgnine and Joan Crawford. Ben Cooper played a villain in that one.

Thank you Ben for so many hours of wonderful entertainment.

Cast of Johnny Guitar. Cooper is standing next to Ernest Borgnine. Joan Crawford at her best! 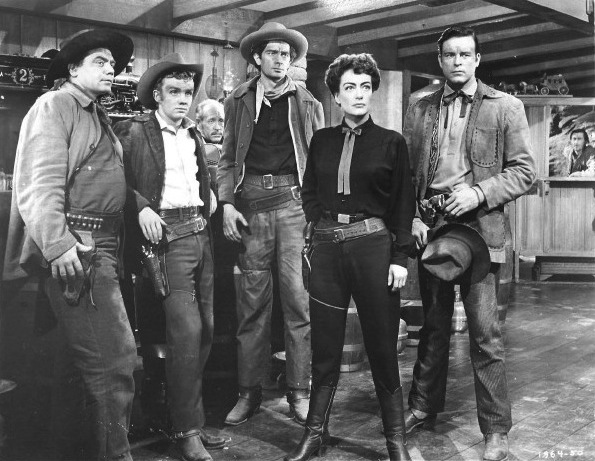 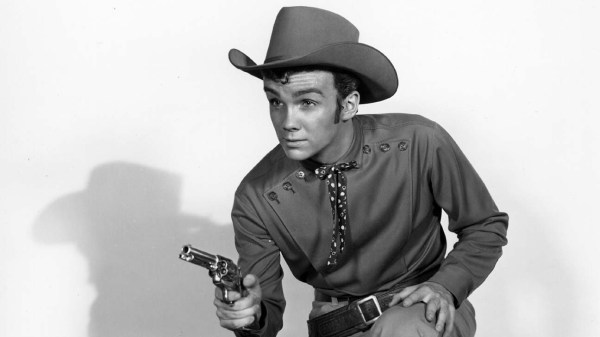 Ben Cooper, Actor in ‘Johnny Guitar’ and Lots of Other Westerns, Dies at 86

Ben Cooper, who portrayed the bandit Turkey Ralston in the Joan Crawford drama ‘Johnny Guitar,’ just one of his many appearances in Westerns on television and the big screen, has died. …

He also was on Gunsmoke three times as well as on Bonanza, Tales of Wells Fargo, Wagon Train, The Rifleman, Death Valley Days and a 1961 Civil War-set episode of The Twilight Zone.

Wasn’t he the gunfighter involved in the exchange between Latigo and Jud:

“You hit him from behind!”

I think your referring to Support Your Local Gunfighter?

I vaguely recall the dialogue you mentioned. It’s been awhile since I saw the movie.

Not one of the major Western actors, but hey, worth an IMDb link. Last listed is in 1995, the Kung Fu follow on series. (And earlier on the original.)

Note really all-Westerns but pretty good number of them.

Looking down the far end, hey he was in Thunderbirds. Oops, not that one. Anybody remember him in this Twilight Zone? (I don’t.)