Heard this story on the radio and found a news article.

Basically a Vet. was doing a C-section on an Irish Woflhound and found them to be identical twins and supposedly this is the first recorded, at least modern, instance of identical twins in a dog.

Lots of cute pics of the puppies in the article. 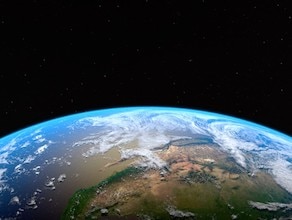 Welcome to BBC Earth, a place to explore the natural world through awe-inspiring documentaries, podcasts, stories and more.

Absolutely. Should have been Romulus and Vulcan.

Wofies are such great dogs. Wish they had a longer lifespan.