Identify music from this commercial?

Woo. Been a long time since I’ve been around here, not much time for message boards lately. But this music’s been running through my head since I saw the commercial, and I figure if anyone can tell me what it is, the Teeming Millions can.

OK. The commercial is the main one from the new “Everything is Possible” series of commercials from HP. It’s called “Anthem,” and you can view it at the top of this page.

Can anyone name the piece for me? I’d be forever grateful.

OK. Gonna bump this once to see if anyone can answer, but I promise I’ll be good after that.

I think you are allowed 1 bump.

Are you sure you heard the same song before? It doesn’t sound that familiar to me. It’s not that complicated…

So sorry, can’t help you directly. Maybe the ad agency -Goodby Silverstein & Partners can be reached by email. Check out their cool little molecule/music/colour editor banners they have there. Super Cool!

That HP ad page linked is credited as follows:

Here’s an AdAge.com article that announces the ad campaign.

So I, um, wow has it been nearly 20 years since I asked about this? I hope it’s OK to bump a thread from almost 20 years ago with the answer.

The piece in question is called “Perpetuum Mobile”, it’s by the Penguin Cafe (Orchestra), and it’s actually written in 15, not 16.

Sorry, I was going to answer but my RealPlayer is still updating.

Sorry, I was going to answer but my RealPlayer is still updating.

I hope it’s OK to bump a thread from almost 20 years ago with the answer.

The last time I read one of these threads years ago on the dope it was for an insurance company(?) commercial and the song turned out to be Half Acre by Hem.

Guess what pops up on Radio Paradise, my at work internet radio station?

Moving thread from GQ to Cafe Society, which did not exist when this thread was originally created.

It’s not that complicated

Perpetuum Mobile is one of those songs that sounds fairly simple but the 15/8 time signature tends to throw people off. I’ve seen people play it on youtube as a straight 16/8, not realizing that they aren’t playing it correctly. If you play it right, it feels wrong, like you’re missing a note. That’s the point. It feels like it keeps stuttering over itself, like a perpetual motion machine (hence the name of the piece).

FYI the song was also used in the 2009 film Mary and Max. Excellent film, but trigger warning for those dealing with mental health issues.

Pretty cool. The 15 seems to break down like so: 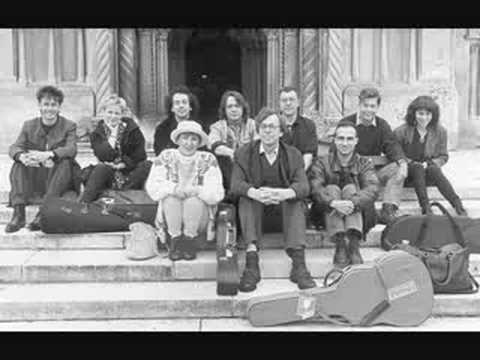