Yes, politics is now about race.

The Republican Party nationally, but mostly in the South and the Midwest will be aiming to turn out every single Caucasian vote as needed. They can’t afford to lose Caucasian votes, like John McCain did in 2008 when he only got 55 percent of the vote, 57 percent of white male votes to Barack Obama.

It’s all about racial bases.

Do you like the balkanization? How is America supposed to be united when identity politics rules the roost?

It’s all about racial bases

Not it’s not. It’s about thinking people trying to rid the country of a criminal moron. Democrats followed their constitutional duty to impeach. The Republican Senate did not.

Its about racial bases. If it wasn’t, Biden would not be backed in a corner being forced to pick a Black woman VP.

Ok, while I can see that (but don’t really agree with ‘backed into a corner’). For myself, this is not about Dems vs. Reps. It’s about getting DJT out and saving our country. Biden was not my first or even second choice, but here we are. I’m fine with anything that helps Biden legally win.

Trumps team will/are doing anything they can to screw with the election.

It is not really much convincing when you then use a nutpick from tiger droppings a to make an argument.

Nutpicking is the fallacious tactic of picking out and showcasing the nuttiest member(s) of a group as the best representative(s) of that group — hence, “picking the nut”.

And it is nuts to claim that high school insults (really shameful there LSU fans!) would prevent white voters from leaving the Republicans. 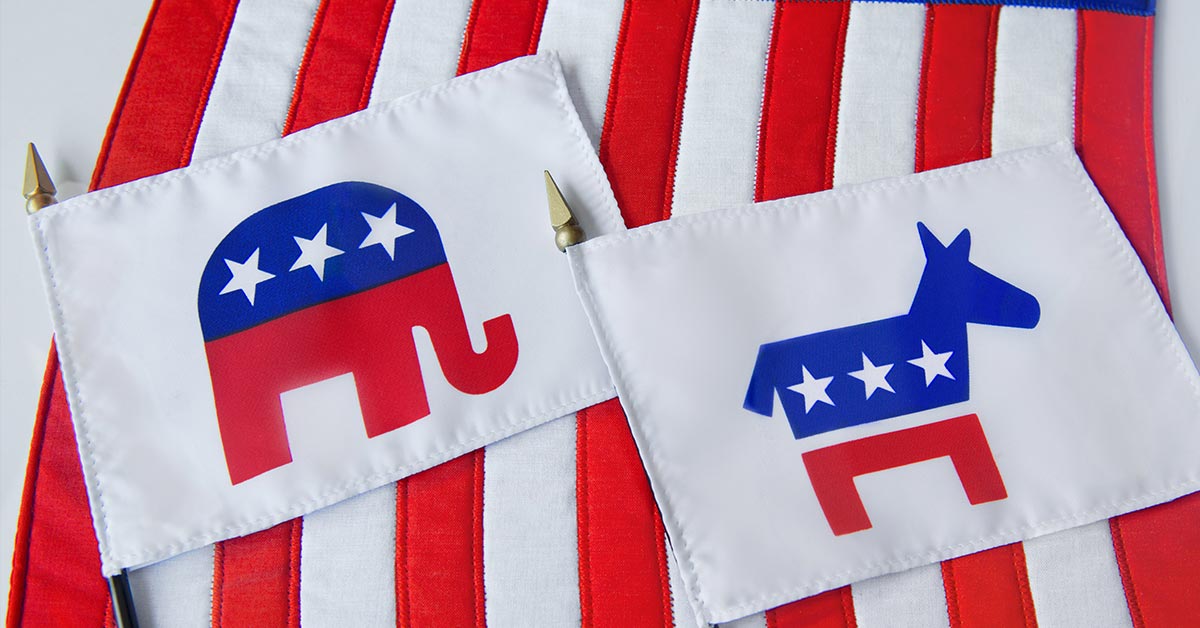 Americans' party preferences have shifted dramatically this year, from a two-point Republican advantage in January to an 11-point Democratic edge in June.

Just a bit of your logic there, since the parties were ‘maxed out’, then it follows that a lot of whites are also realizing how dumb it was to support the Agent Orange.

Yes, politics is now about race.

What the f#)$ are talking about “now”? Race was written into the U.S. Constitution, 230 years ago, with 3/5 apportionment. What about that?

Why don’t you learn a little bit about the history of our country before you start just asking questions. Anyone using the term “identity politics” is starting off with an entirely bankrupt ideological conceit.

Yes, race is everywhere, but it is not healthy for the nation.

Your argument is that the party that’s already picked a white guy to run for President is talking too much about maybe having a black woman run for VP?

Yes, race is everywhere, but it is not healthy for the nation.

When you try to ignore problems, it means that you want them to continue. It means you actually like the way things are, but you don’t want to admit it.

Not in these racialized time with Trump pushing a 1968 redux.

Biden would do well in picking a Black man to complement and balance the ticket.

If America wasn’t ready for Hillary, Ferraro, Palin, Warren and Klobuchar, what makes you think America will be ready for a Black woman president if Biden passes away due to stress?

If Biden’s VP runs on her own in 2024, Tom Cotton and Josh Hawley will destroy her. She will have to be ready.

Do you like the balkanization? How is America supposed to be united when identity politics rules the roost?

Please make a compelling case that there is balkanization on racial lines in the democratic party.

Your own post makes a strong case that there is not one.

If Biden’s VP runs on her own in 2024, Tom Cotton and Josh Hawley will destroy her. She will have to be ready.

Sorry, brown nosers of Trump will not come up smelling like roses if that happens; they are also, as per their words, more in tune with fascism rather than democracy.

The Tom Cotton Op-Ed and the Tired Old “Snowflake” Defense

In a republic on the brink of a legitimacy crisis, where the highest office is held by a brute and would-be authoritarian, state violence is not an academic abstraction but a constantly looming menace.

Last week, the Times published an Op-Ed by Tom Cotton, the hawkish senator from Arkansas, called “Send in the Troops.” In an incendiary tone, Cotton wrote that “nihilist criminals are simply out for loot and the thrill of destruction, with cadres of left-wing radicals like antifa infiltrating protest marches to exploit [George] Floyd’s death for their own anarchic purposes.” This claim—which has been largely discredited, including in the Times’ own pages—was the basis for Cotton’s argument that President Trump should invoke the Insurrection Act and use the U.S. military to crush dissidents by force. On Twitter and elsewhere, the free-speech stalwarts treated Cotton’s column as yet another interesting thought exercise. But the contextualists saw it as a specific and actionable threat. Cotton was not a professor assigning “The Bell Jar” without a trigger warning. He was imploring a man he knows, a man who happens to control the world’s most powerful military, to physically subdue untold numbers of his own citizens. Nor was this purely hypothetical. Trump has often repeated his admiration for vicious strongmen around the world, his desire for unchecked power, and his belief that street protests should be met with “overwhelming force.”

There was a national uproar over the column, and a backlash to the backlash. Much of it took a familiar form. The free-speech stalwarts accused the contextualists of being coddled snowflakes who couldn’t handle the rough and tumble of debate. But things have gone too far in this country for an old script about campus culture wars to be of much use. Cotton’s piece was published two days after federal officers used batons and pepper balls to disperse peaceful demonstrators outside the White House, clearing a path for Trump to glower in front of a boarded-up church. In a classroom, a discussion of violence is unlikely to be followed by actual violence. But in a republic on the brink of a legitimacy crisis, a country where the highest office is held by a brute and would-be authoritarian, state violence is not an academic abstraction but a constantly looming menace.

The Democratic Party talks about Black issues, Latino issues, women issues. They are always railing about White men this and white men bad, and then wonder why most white men despise the Black Lives Matter movement and vote Republican at 60-70 percent nationally. America is 60 percent white, its still the majority, you have to appeal to everyone.

They do appeal to white people and men. You for some reason chose to look at presidential nominees as some kind of barometer. Obama is literally the only person the democrats have ever nominated for president who isn’t white. Hillary Clinton is literally the only woman they’ve ever nominated. If the goal was to not leave any races out, they’re doing a terrible job of it.

Of course that is not the goal. The main goal is to win elections, and it’s a good thing they did nominate Obama because he’s the only person they’ve had in almost 2 decades who can actually win a presidential election. The popular vote leads that Obama and Hillary both had hasn’t been seen by a white man running for the Dems since 1996. This obviously wasn’t because of either of their race and gender - it’s because they campaigned and got people to vote for them, which is the main thing the party looks at when nominating people.

If the democrats were balkanized, they wouldn’t have formed the nearly the same coalition for Obama that they had for Kerry and Clinton. They wouldn’t have a consistent platform regardless of the race of their candidates. You would have seen people democrats only turning out for their own race and/or gender. You’ve seen none of that because the party isn’t balkanized.

They are always railing about White men this and white men bad, and then wonder why most white men despise the Black Lives Matter movement and vote Republican at 60-70 percent nationally. America is 60 percent white, its still the majority, you have to appeal to everyone.

Playing the ignorance card is not appealing here. 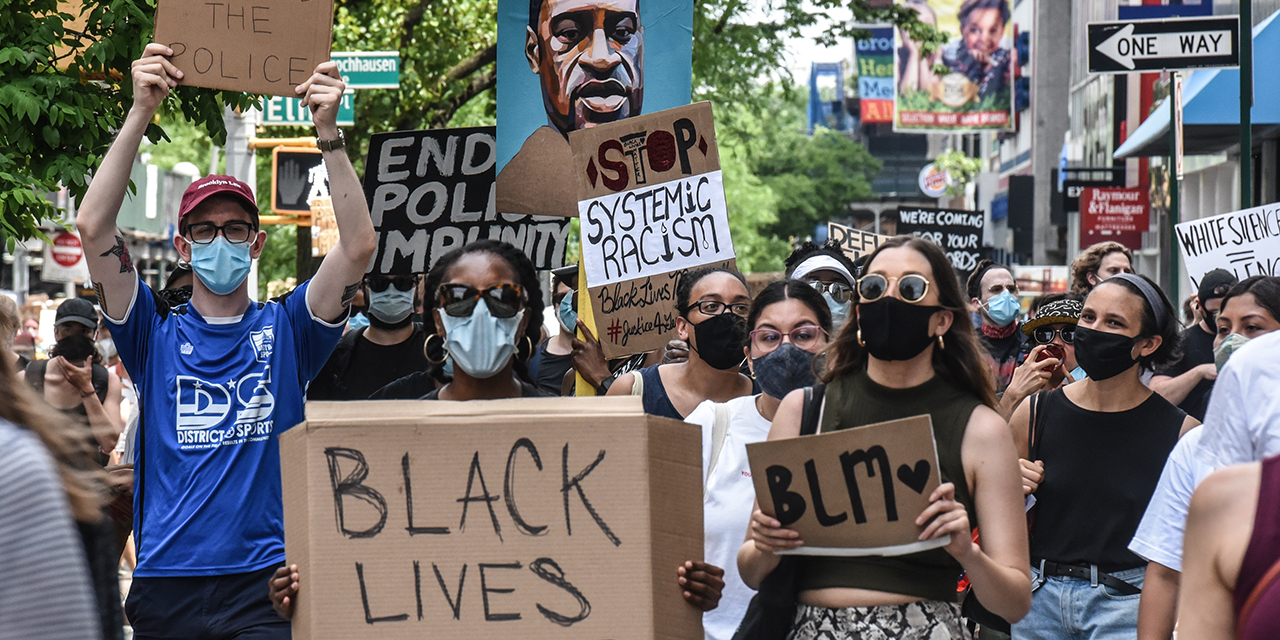 As demonstrations continue across the country to protest the death of George Floyd, a black man killed while in Minneapolis police custody, Americans see the protests  both as a reaction to Floyd’s death and an expression of frustration over...

A majority of Americans support the Black Lives Matter movement

In reality a bit of a plurality of whites (31% vs 30%) do support BLM. A bit worrisome only if we ignore how in total we are getting close to a super majority of people in favor or a bit supportive of BLM.

Not the Italian Americans on Long Island who work for the NYPD or some suburban Back the Blue people.

You just can not stop the social commentary eh? 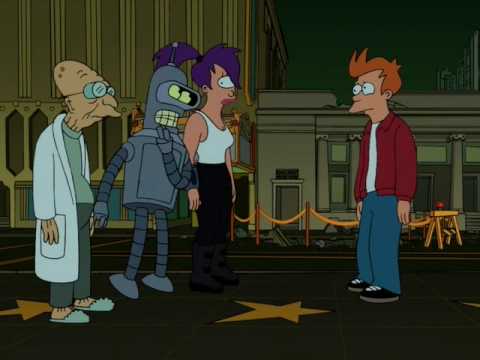 As pointed before, keep on reminding all where are the police departments that need reform ASAP. And also why to continue to remember that LSU sucks…

Not at football, but with lousy opinions coming from their fans.

Identity politics is just an observation of how politics work. People who identify as a certain group tend to have similar issues. The people complaining about identity politics engage in it just as much as anyone else. They have their tribes as well.

That doesn’t mean that you shouldn’t shoot for support that crosses these tribal lines. But that is already what both parties do. If anything, Democrats do it more due to their “big tent” philosophy, but Republicans do it pretty strongly with their “anti-liberal” philosophy–they try and bring in anyone who is against liberals, even when their goals clearly don’t align. It’s why the fiscal conservatives are in league with the white nationalists.

You just can not stop the social commentary eh?