If Everyone's Home had a Helipad...

and everyone’s workplace had helipads too (by having a stimulus program along the lines of what the Obama administration has spent - $800 billion), with free charging “at home” and and at the workplace (the helicopters are powered by an electrical motor that receives electricity from a lithium-ion battery pack that can be recharged at both the home and the workplace helipads, as well as a reserve gasoline combustion engine that lasts for a full 24 hours of flight time’ it’s somewhat like a “plug-in hybrid” automobile in that respect) and the public education system provided for “flyers’ education” just as we do with drivers’ ed, would these infrastructural and educational systems lead to an evolutionary change similar to the widespread adoption of the automobile by Americans pioneered by Henry Ford?

In other words, would this infrastructure and education first increase demand for helicopters for personal transport, thus incentivizing helicopter manufacturers to increase production levels, with specific helicopter manufacturers that provided a lower cost product with great quality and safety gaining market share, and eventual market dominance, with the long-run result being similar in nature to high-volume and low-cost production and consumption just like we see with automobiles and personal computers/cell phones?

Or is there something other than infrastructure and education (or the lack thereof); so that even if infrastructure and education fully support adoption of helicopters as was mentioned above, the demand will never really get high enough for helicopters to become cheaply produced enough for it to be purchased regularly even by a person with an average income of $1,000,000 who has a job that would make commuting via helicopter, transportation-wise, a reasonable option, let alone a “middle class” family?

What do you guys think?

I took you seriously until the Obama part.

and everyone’s workplace had helipads too (by having a stimulus program along the lines of what the Obama administration has spent - $800 billion), with free charging “at home” and and at the workplace (the helicopters are powered by an electrical motor that receives electricity from a lithium-ion battery pack that can be recharged at both the home and the workplace helipads, as well as a reserve gasoline combustion engine that lasts for a full 24 hours of flight time’ it’s somewhat like a “plug-in hybrid” automobile in that respect)…

OK, right about here is where you start to lose me. So far as I know there are NO helicopters in the world today that can sustain a full 24 hours flight time without refueling/recharging. I’m pretty sure there aren’t any people-carrying helicopters running on electrical powered motors.

… and the public education system provided for “flyers’ education” just as we do with drivers’ ed, would these infrastructural and educational systems lead to an evolutionary change similar to the widespread adoption of the automobile by Americans pioneered by Henry Ford?

Maybe, but flight isn’t the same as ground travel. Weather is far more limiting, as an example. Not everyone is comfortable with leaving the ground, and that number is greater than those who are afraid to ride in cars. For short distances flight is not as efficient as ground travel. There are issues with air traffic control, but if flight became that common a means of transport I’m willing to assume we’d work out the traffic issues.

Mass production would probably bring down the price, but there’s still the problem of fuel costs, which are higher for powered flight than for ground transport.

I believe this would…

The air traffic control problem would be fairly solved by having dedicated altitudes for travel for each traveler. So for commuting, a person would be required to fly at a fixed altitude, and only a certain fraction of flyers would be allowed to fly at that altitude, and at a straight line (shortest path) distance to and from work, with another fraction flying some 200 feet higher; all fliers are required to hover up to and hover down to this flight height. Intersecting lines on the same vertical height are mapped out in advance and mapped out in a GPS navigation system, with one flier required to increase vertical height by 50 feet for a “pass.” Since the air has three dimensions whereas the ground only has two, multiple lanes can be defined, with the different lanes being located above each other in spherically symmetric planes.

It’s really not that hard at all to manage the air traffic at all, I argue…for non-fixed wing aircraft at least. For fixed-wing aircraft, the takeoff and landing are extremely difficult. But with helicopters, it is a simple upward/downward movement.

With government spending, I’m all for it. But I’m only for it when it’s highly focused, large-scale (like the Interstate Highway System)…not spreading things out, trying to make everyone happy.

OK, right about here is where you start to lose me. So far as I know there are NO helicopters in the world today that can sustain a full 24 hours flight time without refueling/recharging. I’m pretty sure there aren’t any people-carrying helicopters running on electrical powered motors.

Ehh, there’s a reason I started this topic in the MPSIMS section. =)

I took you seriously until the Obama part.

You made it through 23 words?! I’m impressed.

Except when it gets cloudy.

I’d sell the helipad* and buy an anti-aircraft gun.

Oh, the hours of fun I’d have!

Except for the problem that many people are not physically capable of flying a helicopter, and the impossibility of building the helicopters you describe, and the high rate of accidents that would result because of the unmanageably high air traffic density (it’s much more complex than just fixing altitudes and 50 ft clearance is no where near enough), and the increased accidents from the number of takeoffs and landings which are the most dangerous part of all aircraft flights, and the fact that weather conditions do not permit flight in many circumstances, especially for the average person trying to fly a helicopter, and there isn’t enough room near where people work to land that many helicopters, and also not enough room for each person to have a helipad at home in cities, and even $800 billion is nowhere near enough to jump start this kind of plan because the cost of such a helicopter would be several hundred thousand dollars now even if the magic technology existed and cost nearly nothing, and the operating costs would be hundreds of dollars per hour, and require much more maintenance than people are used to with cars, then it would work just fine. So you only have to iron out a few wrinkles and it would be entirely feasible.

I’m pretty sure there aren’t any people-carrying helicopters running on electrical powered motors. 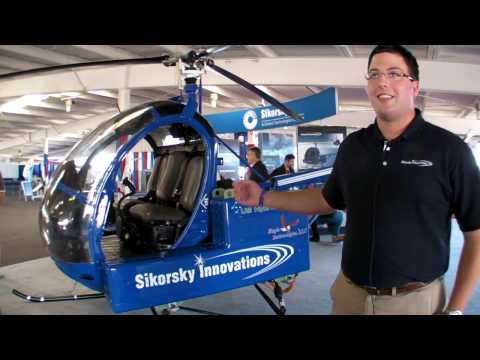 Shame about the 15 minute flight time :).

Well, OK, but you’ll need a hell of a long extension cord…

I’d sell the helipad* and buy an anti-aircraft gun.

How do you sell a helipad? Wouldn’t that be like selling your driveway?

How do you sell a helipad? Wouldn’t that be like selling your driveway?

If you can sell yards and garages, why not helipads?

Ignoring the infrastructure, safety, training and fuel efficiency* problems, there would be laundry strewn anywhere.

The number of pilots in the U.S. had been increasing until 1980. Since then, that number has been in decline (AOPA, 2011). Furthermore, the population of the U.S. continues to increase; so the percentage of pilots is growing smaller faster than the number of pilots. In order for mass-production to work, there needs to be demand. The economy has been bad, and people would rather spend their money on things other than flying. With three decades of declining number of pilots, I suspect that learning to fly simply doesn’t occur to most people. From WWII through the '70s, General Aviation was more visible. When the GA manufacturers stopped making piston-engine singles, the prices of used aircraft – the gateway to airplane ownership – skyrocketed. People spent money on other things. With the 2001 attacks, many people became hysterical about ‘little airplanes’ and saw them as a threat. It’s going to take more than infrastructure to get people flying again.

Airplane makers have priced their products out of the range of their intended customers. For example, a Cessna Skyhawk is an aircraft of modest performance targeted at flying families. But it now costs almost a third of a million dollars. Helicopters? Now you’re talking money. A Robinson R22 would suit most people’s commuting needs. But again… almost 1/3 of a million simoleons. To bring prices down, manufacturers need to bring prices back into line with their target consumers. That ain’t gonna happen. Even with reasonable prices, people need to me induced to fly. That would take a massive PR campaign. Oh, and you can have the most science-fictional helicopter you can imagine and an awesome infrastructure that always works perfectly, but it won’t do any good if people are worried about paying their rents or mortgages. So the economy needs to improve. And people are often lazy. Learning to fly is a lot of work. How do you overcome inertia?

I’d be perfectly happy with a helicopter we have (preferably a Sikorsky S300/Schweizer 300C/Hughes 300C, but a Robbo would work for me just as well) and with the infrastructure we have. Magical electrical helicopters aren’t needed yet.

How do you keep the helicopters from crashing into all the people flying around with their rocket packs?

…everyone’s home would have to have at least twice, if not three times the space between them than they now have. So instead of your house being on a, say 40x100 or 60x100 plot of land, you’d need plots of something like 200x200 or more, just to keep all those rotors from whacking each other, not to mention the prop wash (rotor wash?) that’s going to blast everyone’s yard upon take-off and landing.

And what about apartment buildings? Sure, you can put a helipad on top of every building, but where do you put the first helicopter that lands so that there’s room for the next one to come in? It’s tough enough storing a bicycle in some apartment buildings.

And how big will the parking lots at ‘everyone’s workplace’ going to have to be to store all those helicopters? Immense!

Not to mention that people already can barely drive in two dimensions on public roads, I don’t want to imagine what those same idiots flying is going to be like. (Or, as Albert Brooks said a few months ago to Jon Stewart on the Daily Show, about flying cars: “Have you ever seen Jews driving in Miami? Forget flying cars.”)

We’ve got 3 acres and without some massive lumberjacking, there’s no way we could put a helipad here. We bought this place because of the trees - I’ll keep my car, thanks.

I shan’t touch the other reasons that this idea is out to lunch, they’ve already been well addressed by other posters.

But getting this for a mere $800 billion is a fantasy of the same scale as Cyrano de Begerac’s use of a flight of swans to get to the moon.

According to this site from the ASME the estimated cost to provide for what they believe to be simply necessary repairs, improvments and updating of our current infrastructure was $2.2 trillion - in 2009. Since the idiots in Congress would rather fight about reducing debt than to address necessary things like sewage, roads, and water, I’m sure that figure has gone up since then.

And you think you can come close to putting in helipads for everyone, along with power infrastructure to charge those magical batteries of yours?

I like your fantasy world. It would be nice to live in utopia. We ain’t gonna get there from here, however.

People are dangerous enough driving around in two dimensions while texting, eating, shaving and whatever else people do at the wheel. Do you really want these same morons in a complete free-for-all in the airspace above your head?