If I had any doubts about CNN before... "Showdown Iraq"

Followed from a banner on another page of their site that said “CLICK! IT’S QUICK. Featuring news updates about Showdown Iraq as only CNN can bring you…”

“Get it Now. Get it Fast.
The All-Iraq Newscast.
Optimized for Broadband.”

“Get it bundled with…” and then a list including ISPs, NBA, NASCAR, and E!.

You’re making money out of the upcoming war - that I can understand - by presenting it as some kind of fucking entertainment???

Call yourselves a serious news outlet?

Isn’t there a “reality series” that is going to be based on the war?
It is entertainment. Just not for the people actually participating in it.

MSNBC, for many weeks now, has been calling their evening news presentation with anchor Lester Holt by the name, “Countdown Iraq”. The catchphrase that he uses to announce upcoming segments in the show is, “Next on the countdown…” It always reminds me, in a very morbid fashion, of music top hits countdown shows. Ugh.

“Coming up on the countdown… Napalm and the bunker busters with their latest hit… a School house.”

I’m sick of all the advertising enticing us to watch a certain news story and using this whole Iraq conflict as some sort of catch.

Hey Morons it isn’t a new show for the sweeps this is real people planning to kill each other. God it is as bad as the previous Gulf “nintendo” War. I guess we were supposed to forget those buildings which blew up so prety had people in them.

I have to confess that I was in the US during GWI, and it really did make gripping TV - the bits that we were allowed to see, of course. Not the body parts.

I mean the bombs going down the street, waiting at the red lights, going through the car wash, turning left at the laundromat, and knocking politely on the door before they blew the building up. I just hate the fact that not only does CNN know it makes good TV, they’re so fucking blatant about their monopolisation of this.

Its gotten so that even the same phrases get used on each. Are there Any independent thinkers out there in newsrooms, or is this all just scripted from above…?

Just Once I’d like to hear NBC say,“some rioters attacked police after the peace rally Saturday; 200 were arested…” while CBS reports “Overzealous police pushed protesters into a confrontation Saturday ending in 200 arrests. A spkesperson for the ACLU will deliver a statement live later in the broadcast.”

CBS is billing it as “showdown” instead of a “countdown”. 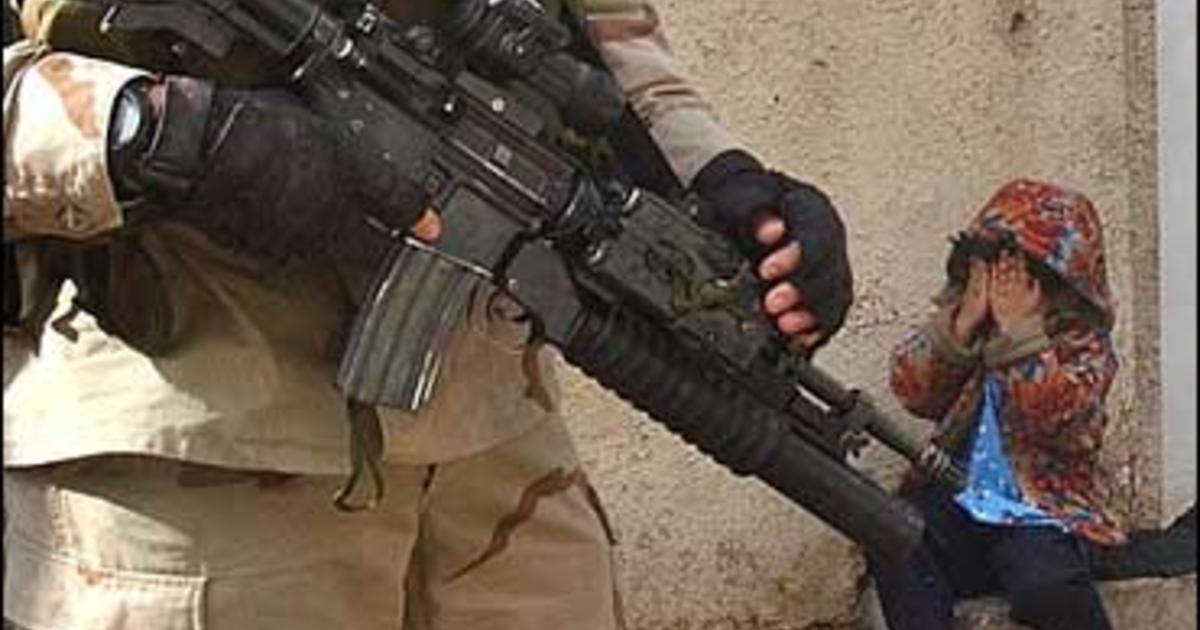 But DDG, you’re not comparing apples to apples. I mean, you’re talking about CBS vs. MSNBC. MSNBC, for god’s sake.

I suppose we should just be happy they can count

One of the local network affiliates here in Baltimore has been calling it “Showdown with Saddam” for weeks now. But i ceased to take local news coverage seriously a long time ago.

You must have missed the last election.

quietman1920, I wish I had at hand copies of what I saw when I lived in Dallas in 1985. We (that is, the U.S.) was involved with El Salvador. What I still remember is this: that the Dallas Morning News reported: (practically quoting now) “US to send troops to El Salvador.” RIGHT NEXT TO THAT STAND was the Dallas Times-Herald, which read: “US WILL NOT SEND TROOPS TO EL SALVADOR.”

Right next to each other.

I stood there with my mouth open for an hour, unable to move.

BTW…if there are any Dopers in Dallas that would be willing to got to the respective offices and get me copies, I would be eternally grateful.

Someone from CNN was interviewing CBS’ Dan Rather about Rather’s interview of Saddam Hussein. So now the interviewer of a despot is a valid news subject. What next, MSNBC interviewing CNN who interviewed Rather?

I know I ask for too much, but I want my news personality free and politically neutral. I want both sides of a story, but I don’t just want the soundbites designed to entice or enrage. Oh well, maybe in that perfect, inevitable Communist state…

Incidentally, here’s the link on the War reality series:

Breaking news and in-depth analysis of the headlines, as well as commentary and informed perspectives from The Rachel Maddow Show, Morning Joe & more.

I have included a few pop-ups as a value-added bonus.

Its gotten so that even the same phrases get used on each. Are there Any independent thinkers out there in newsrooms, or is this all just scripted from above…?

Yes, it is. It is my firm belief that the only thing you hear is what Bush wants you to hear.
I base this on the fact that my daughter, who lives on the east coast, calls me when she hears news. When I – on the west coast – go to find that news, there is nothing. zip. silence. I suspect, sometimes things slip out. It’s gaged before it reaches the west coast.

There is a difference in Fox and others. What you have to look for is what is NOT mentioned. Example: Fox never mentioned the millions of protesters. They finally had one small mention. Something like: “Protesters yesterday hamper the war movement.”

Oh, people, people. Are you still telling yourselves that the media is there to inform you?

No, the media is there to help you accept the imminent war, like a hand puppet in a therapist’s office explaining to little Johnny how Uncle Chester was a very bad man and is going away for a long time. What did Uncle Chester do? How do we know he really did that? Where is he going? That doesn’t matter, because the decision has been made; the puppet’s job is only to help Johnny deal with that fact.

For the past few days, everytime I’ve gone to cnn.com and see “Showdown: Iraq”, I mentally read it as “Showtime: Iraq”

The sad part is that it took a while before I realized I was reading it wrong. It might as well be “Showtime: Iraq.”

Odd. I thought the only reason for the existence of the media is to sell breakfast cereals and incontinence products.

Are there people who actually feel informed from television?

I heard it was a cool channel. But since it is a joint product with the YES Network, Cablevision won’t pick it up.