If you are overweight, are you more likely to vote for Republicans?

I’ve read a few reports here and there about how “red states” (the states that vote for republican presidential candidates) tend to be the fattest states (have the highest obesity rates), and that the blue states tend to have the lowest. There are some exceptions, of course.

So, I have a few questions. For the statistics gurus: how high is the correlation between a state’s obesity rate and the percentage of the vote that goes for republican presidential candidates? Or other republican state-wide offices?

If there is a high correlation between obesity and republican-voting-likelihood, why do you think that might be? Is it just coincidence, or is there some link between behavior that leads to being overweight and that which leads someone to want to vote for a republican candidate.

I honestly don’t think it’s because republicans support policies that make people more likely to be obese, but perhaps there is some underlying psychology to explain why the two may be correlated.

Not real research of course, but here is a link to get the discussion started. It’s a bit offensive, and I only provide it as a jumping off point.

The red state/blue state thing is really more of an urban vs suburban/rural thing.

Of course, the article was on a christian ‘news’ website, so take it for what it’s worth.

I do think it’s more of an urban/rural thing. I believe, in general, that rural populations have higher obesity rates. And I know that they are more conservative politically.

The situation is complicated. The best one line summary out there is probably that rich people in poor states behave differently from rich people in rich states, at least partially due to the nature of the economies in those states. If you want the detailed answer, pick up a copy of Andrew Gelman’s Red State, Blue State, Rich State, Poor State: Why Americans Vote the Way They Do. Be aware that it’s a bit dry, and it does contain some technical detail that you can safely skip over.

Been to a lot of churches. I assure you this is not the case. The thinner part, anyway.

Hey, let’s use some internet logic to answer this compelling question!

However, I wonder what role minority populations play in this. Non-whites tend to have higher obesity rates than whites, and states where racial tension is heaviest (esp the south) tend to see their states go republican because the whites vote GOP and the non-whites vote democratic. So states where there are more non-whites could be more republican, and also have higher obesity rates.

The white obesity rate in the south isn’t much higher than anywhere else (5 points max, if that). But the black obesity rate is 10-20 points higher.

Looking at the obesity rates by race and state the rates are about 4% higher for whites in the top 10 states (about 27% vs 23% national average). However about half of those top 10 states are also in the top 10 for % of black populations (with Arkansas being 12). Indiana, Ohio & Pennsylvania have a higher white obesity rate than Louisiana (and only a point or two behind places like Alabama or Mississippi), but fewer non-whites. Indiana is 81.5% white, Mississippi is 58% white. White obesity rates are 26.1% and 27.6% respectively. But the black obesity rate in MS (like I mentioned earlier) is 40%. It is about 36% for blacks and 27% for latinos in Indiana.

So I don’t think there is a correlation really between GOP and obesity. If anything there is probably a reverse correlation if states with more non-whites tend to be states where the whites lean GOP. Mississippi has a higher white obesity rate (about 27%), but that state is 40% black and blacks in Mississippi have a 40% obesity rates. The whites vote GOP, the blacks vote democratic, esp in the south.

Thank you Wesley for crunching all those numbers! Very informative. I was wondering if the black obesity rates were higher in the south.

In first world nations fat does not discriminate. It covers the entire political landscape.

Here’s two maps of county by county party affiliation and obesity rates. Make of it what you will. Lots of fat people in the south and not many in Colorado regardless of urban or rural location.

Of course, my example, as well as your’s, requires that assumptions are in fact true. More importantly, for the purpose of the OP, is the question of what percentage the above classes make up the total of all voting democrats.

If welfare recipients tend to vote Democratic and are also fat, it would only answer the OP if they also made up the majority of Democratic voters, which is not true.

The OP’s hypothesis is an example of the ecological fallacy. For all we know, the presence of so many fat people causes non-fat people to vote Republican, turning the state red.

Ooh! Ooh! The tortured logic game is my favorite!

Republicans eat babies. Babies have a high ratio of fat to lean meat. Therefore, Republicans tend to be fatter. The logic is irrefutable!
Well, not really.

Of course, the article was on a christian ‘news’ website, so take it for what it’s worth.

I love the title: 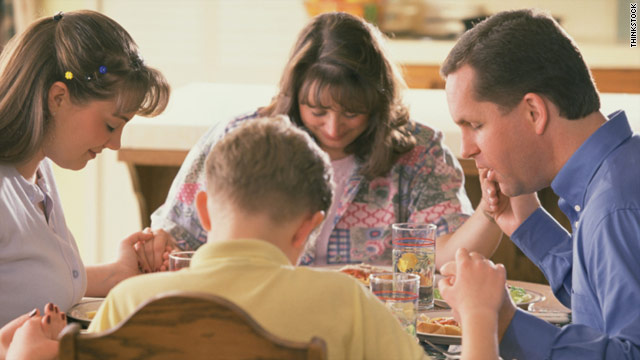 Young, religiously active people are more likely than their non-religious counterparts to become obese in middle age, according to new research. In fact, frequent religious involvement appears to almost double the risk of obesity compared with little...

I doubt any correlation between the ambiguous concept of being overweight (over what weight?) and voting for one party or another is anything but coincidence.