I'm looking for a definition of "to whiff on" a question

Does to “whiff on a question” as Jeb Bush seems to have done, mean to stumble on a question? I couldn’t find an answer to my question. I look forward to your feedback.
davidmich 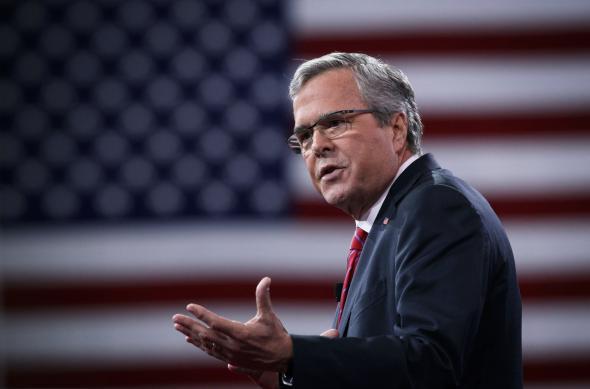 Jeb Should Have Had a Ready Answer for the Iraq Question. All His Rivals Did.

Jeb Bush on Thursday gave his fourth answer in as many days to the question of whether, with the benefit of hindsight, he would have invaded Iraq in...

It’s a batting metaphor, referring to the sound of swinging at and completely missing a pitch.

Agreed. It’s likely from baseball, and, in this context, would mean trying, and failing, to effectively answer a question, or by making himself look bad with the answer which he gave.

Agree with posters so far.

Going a bit further … in baseball a whiff is a clean miss. Unlike a foul tip where contact is made. In a non-baseball context “a whiff” is a failure that doesn’t even deserve partial credit. IOW, an especially ineffective failure at doing whatever was expected.

I heard the term “whiff” in golf, with the same context - swing and completely miss. Whiff sound more obvious in golf, but probably Gorsnak is right, it entered the popular language from baseball with a wider audience across the country for a longer time.