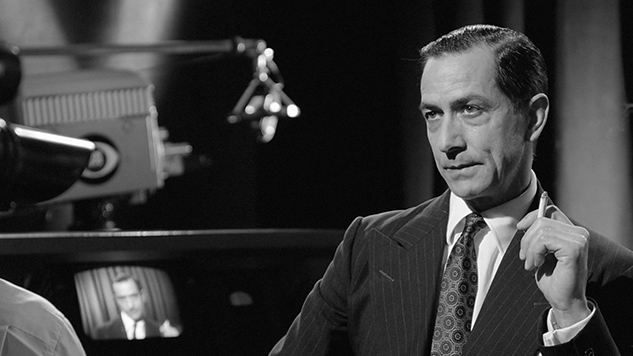 Upon the closing of the IMDb message boards, after more than a decade in existence, we take a look at what we've lost.

This just happened, on February 20.

I read them a bunch over the years but can’t remember posting anything. It was a good way to learn a bit about lesser known actors and whatnot.

I see this as part of an online trend that is barely visible through the haze at this point, but which has several important antecedents. Remember jumptheshark.com? That had a ton of interesting content, was bought out, then removed from the Web entirely. Yahoo had a huge games area that they shut down in stages and completely eliminated in 2016.

The old paradigm: If you build it, they will come. Have all kinds of features and blogs and whirligigs and build a community and people will just go hog wild on your site! The site’s success is its aggregate success; the individual features don’t require justification.

The online discussion of movies got significantly poorer from this move, IMHO. No other site like IMDb exists, and thus the potential for having easily accessible forums about any actor are unlikely to exist in the future (I forget whether there were discussion pages about individual movies… Probably, right? Oh well, I can’t look now!). It’s a shame.

My main thought is there’s already a thread about it here.

My main thought is there’s already a thread about it here.

I searched on the first page but nothing came up. Sigh.

Resurrecting this to say that I have just realized one of the major effects of killing the boards. There is now no easy way to make comments on individual actors. I recall when the boards were up there were often scathing and unflattering remarks about Hollywood personalities which must have made very unpleasant reading for them (and those egos of theirs definitely drew a lot of them to their IMDB page).

In other words there would be sure to be a lot of pissed-off movie stars from time to time who would doubtless make their displeasure known to IMDB’s owners. It’s small wonder the boards were closed.

Also, there were frequently comments about how people looked like other people, so now I don’t know who people look like.

I don’t know how extensive it is, but I heard that this site backed up the entire message board system and made it active again.

I don’t know how extensive it is, but I heard that this site backed up the entire message board system and made it active again.

Wow, they sure got the “look and fee” correct!

Wow, they sure got the “look and fee” correct!

Fee? I hope you meant feel. Which they did, yes, but IMDb is an easy target to clone.

I hope it survives, and thrives, and remains donation-driven. I only posted selectively in fifteen or so years, but it was useful to post a question about a minor actor and come back to find a an authoritative answer even a year later. Forums rule. Unfortunately, they rule smaller and smaller domains in the twitterfugginverse.

Dammit, that’s not the first time my L key has gone insubordinate on me. Bloody L.

That moviechat.org board has too little activity. I tried, for an example, to look for threads about the movie T2 Trainspotting, which opened recently in the US. Admittedly, it’s a small movie that’s not going to be seen by large numbers in the US, but most of the threads were the ones from the IMDB boards, and there were only a handful of posts in the past few weeks.

Moviechat has very little traffic. I’ve posted there, but the main benefit is that it saved the comments from IMDB.

I’m not sure what site will become the new IMDB where people congregate to discuss film and actors.