When I was in college (early to mid eighties) there was one common shower area in the bathrooms. There were individual stalls in all the dorms where our kids stayed; this was also true of all the colleges we visited.

We had a common shower area in the locker room in both high school and college. However, in the dorm at college their were individual stalls.

Oh yes. My aunt’s house built in 1953 was in my uncle’s name even though my uncle never wanted to own a house, and my aunt paid for it from her job at the bank!

My HOA covenants (dating back to sometime in the 1960’s) specify that if a house is owned solely by a woman, her husband is allowed to vote her interest at the annual meeting. It’s possible that an unmarried woman’s father could also vote for her - I don’t have a copy anymore and don’t recall. Of course, anyone can assign a proxy, but the woman’s male guardians didn’t need one.

Yeah, in my freshman dorm, there was one shower area per hallway (~55 people), with three showerheads. Four years later, I was in the same building as a grad student, and there were plastic curtains dividing the shower into three private-ish areas, which was a bit of an improvement

Was that way at my dorms, as well. One communal shower, one communal counter of sinks, one communal dressing area. Perfect for that one jerk who liked to compare, then brag about having the biggest dick in the suite. In retrospect, I feel for any shy guys who had to endure that shower (which was nasty and moldy, as well).

My freshman dorm had the sinks lined up on a counter, separate toilet stalls and four separate shower stalls. My friend in the next dorm over had the communal shower with four shower heads and nothing separating them. My upperclassman dorm had a sink in the room I shared with one other student and the toilet and shower in a small room between my room and the adjacent one. They’ve since remodeled my freshman dorm to add semi-private bathrooms.

Mrs. Susan Smith was a (gasp!) divorcee. A respectable widow remained Mrs. John Smith until her own death (or remarriage). (cite)

We used to have restricted shop opening hours. Closing at something like 5, 6 ?

This has just reminded me of something which might be uniquely British, but even if it is I’ll share anyway, because it’s so weird (in retrospect). Yeah, back in the day the shops all closed at 5 PM but also, in every town across the country, one weekday was designated as “early closing day” aka “half day closing”. This meant that all - I mean all - the shops closed at lunchtime. I only just found out right now that this was a legal requirement, the idea being to give shop workers a half day off. The town I grew up in, Workington, would be like a ghost town on Wednesday afternoons.

When we went on family holidays in Britain in the late 1960’s/early 70’s, if you needed to do some shopping in a town you were visiting, you would have to ask someone when early closing day was - otherwise you could screw up royally.

Googling around suggests that the law was repealed in 1994. In my memory, the practice just kinda faded away, but I don’t know if that’s because shops started flouting the law; or because even after repeal, shops carried on with the tradition for some time.

We used to have restricted shop opening hours. Closing at something like 5, 6 ? (It was a long time ago).

I experienced restricted shopping hours when I lived in New Zealand in the early 1980s. Shops closed early on weekdays, and were closed on Sundays. I think they might have been open a half day on Saturday mornings. Ostensibly they were to protect workers who would be guaranteed time off to spend with their families. But there was a sexist assumption there too: That there would be someone available in a household - presumably the wife - to do the shopping when the man or men of the house were out working. As a single male who lived alone the hours were extremely inconvenient for me.

I remember a fair amount of mumbled/whispered “they’re not married” snark or whatever out of adults in the neighborhood about a few unmarried couples who lived there. Whether or not they had kids wasn’t the defining thing, but rather the whole “living in sin” concept.

My father (in the Thirties) was punished for speaking to a girl, at the girls school next to his (his cousin, Dorothy). “Please Sir, she was my cousin” only got him a “take another fifty lines for lying.”

My husband and I were together for 28 years before we were allowed to marry, because we’re both male.

Checking in from the UK - not sure how we compare with (eg) the US, historically, but over here:

The Sexual Offences Act 1967 is an Act of Parliament in the United Kingdom (citation 1967 c. 60). It legalized homosexual acts, on the condition that they were consensual, in private and between two men who had attained the age of 21. The Act applied only to England and Wales. The law was extended to Scotland by the Criminal Justice (Scotland) Act 1980 and to Northern Ireland by the Homosexual Offences (Northern Ireland) Order 1982.

That is mind blowing. Gob smacked.

In 1982, my wife and I were not (yet) married, nor did we share a last name. But we did share an apartment, and shared a phone line, and we presented ourselves as a couple, and we were “officially” engaged. We joined a church, whose members in general did not have a problem with our living situation (or if they did they were too polite to show it) but the church secretary was an older woman who was damned if she was going to list us on the same line in the church directory. So the two of us had two separate entries in the directory, no cross-reference. I’m still amused, kinda.

The house was a tri-level. The basement was about waist-level into the ground, the ground floor was a half-story up, to the west, and the bedrooms were up another half-level on top of the basement. The pool was about 20’ x 30’. The only contractor Dad could find who was willing to build an indoor pool had never done it before.

Having a pool in a room that shares the HVAC with the rest of the house created a lot of humidity from the heated pool water. It should have had its own system.Originally, we had a piano and a TV down there, and both died from the humidity. We ended up running two dehumidifiers all the time. Also, there was no drain in the surrounding floor, so every swimming session had to be followed by a lot of mopping.

My folks’ bridge club was on Tuesday (?) nights. I Love Lucy immediately became so popular that they couldn’t skip it to play bridge. On Wednesdays Mom had choir practice, and Dad had Shrine Club meetings. This was before video recording reached the home consumer, so to watch a show, you actually had to be there.

People stayed in and watched TV instead of socializing on weekdays. Only weekends were social days.

Hmm. I wonder if this is a cause of the decline of civic consciousness. The “We” generation became the “I” generation and all that followed (including extreme political polarization). Maybe the people who predicted that TV would lead to the decline of western civilization had a point.

Maybe the people who predicted that TV would lead to the decline of western civilization had a point. 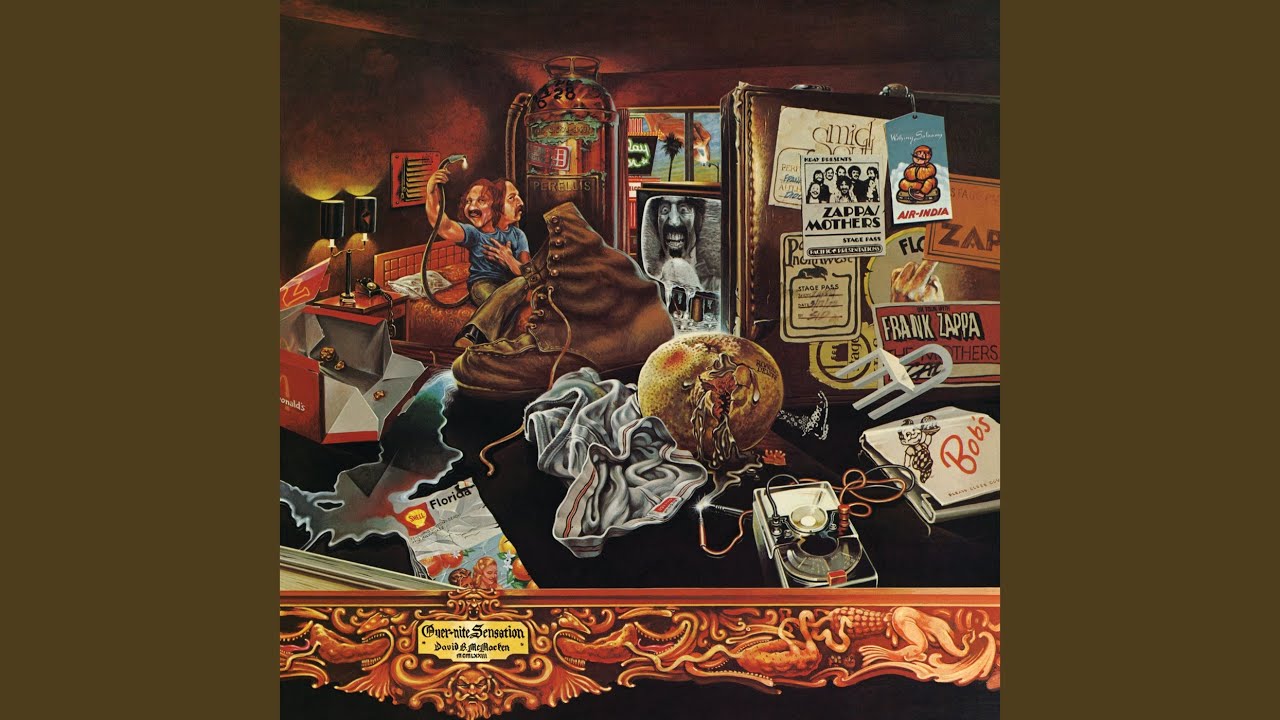 . When I was in college (early to mid eighties) there was one common shower area in the bathrooms. There were individual stalls in all the dorms where our kids stayed; this was also true of all the colleges we visited.

In the 70’s, women had shower stalls at the swimming pools: men had a common shower area. Same for the old residential colleges I saw (but that was a very limited selection).

I don’t know if women ever showered in an open area: “showers” might not have been common. But any man who had been in the military in the previous 30 years would have showered, and would have done so in an open room.

Speaking of which, open toilet areas … multi-hole common-area toilets are so rare now that, since I stopped using one myself, I’ve only seen them on “Breaking Amish”

In Maryland at least ,a majority of stores were close on Sundays up until the mid 80’s. I still remember them talking about blue laws up until then.

In (most of) the UK limited opening on Sundays was only permitted for larger stores from 1994.

legislation was introduced in July 1994 in England and Wales, coming into force on 26 August 1994, allowing shops to open, but restricting opening times of larger stores i.e. those over 280 m2 (3,000 sq ft) to a maximum of six hours, between 10am and 6pm only.

In 1986 my common law husband and I flew on a Japan airline flight that included a night at their hotel at Narita, flying on with JA, next day to S’pore.

When we went to check in we had two different rooms as we had different names! We were befuddled after a couple of long flights but explained and it was all good.

Part of the deal was, when you checked out next morning, they issued your boarding pass right there, very handy indeed! When I got mine, the name was changed to Mrs Husband’s name!

Imagine what problems this would cause today, your boarding pass name wouldn’t match your passport, they’d be apoplectic I expect.

Ye gads - I’m all too aware, the old aunts in my family having had their chance to prattle on about that. Even so - 50 years later the customs had changed.