In this age of cancellations, a flight question

I have a flight to NYC on jetblue with a connection to Emirates for an overseas flight coming up. I am thinking about preemptively buying another flight to NYC on American just in case, because I cannot miss the flight to Europe.
I guess I have two questions.

Emirates is a “partner airline” for JetBlue so they may tell Emirates that you’re not able to make the second leg of your journey (if necessary) but I also think JetBlue is in a better position to answer the question than a bunch of random people on a message board.

FYI, the JetBlue webpage about its airline partners says one of the benefits of booking a flight on a partner airline on the JetBlue app or website is, “Protection in the event of flight delays and cancellations from one flight to the next”. So the answer may depend on how you bought the two tickets.

If your Jetblue-Emirates itinerary is on one ticket, you need to be very careful with this. I know (for example) that if you have a non-refundable return ticket, and you miss the outward leg and (say) drive instead, the return leg ticket is just not valid - it’s not just a question of whether they cancel your seat, even if they have a seat open you cannot use the ticket.

You absolutely need to call Jetblue, and probably also Emirates for confirmation about what would happen.

Calling the airline, just what i hope to avoid. But yeah, i guess that’s what has to happen.

This article is directly relevant. The default will be that if you miss the first leg, they will cancel everything, and the ticket will no longer be valid.

There are limited circumstances in which they might allow it, which would probably include cancellation or extended delay of your JetBlue flight. But I think you’d have to call them on the day to explain the circumstances and get special authorization. It’s not going to be easy - waiting on hold for god knows how long while you’re trying to take the other flight, and then trusting that whatever agent you speak to processes it correctly. Unless the Jetblue flight and the alternative go from the same terminal and you can try to do it in person, I guess. 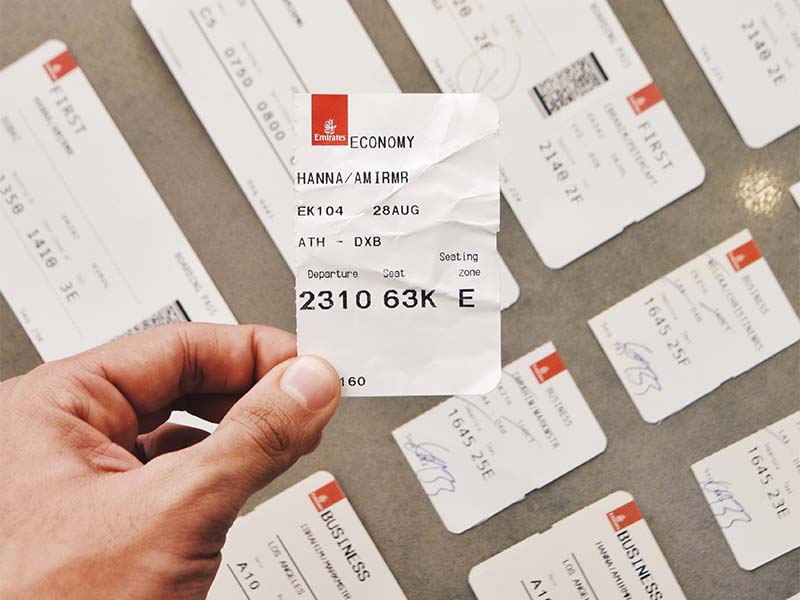 Is Skipping a Part of Your Flight a Good Idea? | CJ

In this article, we tell you everything you need to know about skipping the first or second leg of your flight, and what are the consequences.

Can you change the JetBlue leg to the day before, and overnight in New York? That seems like it might be a better way to be completely sure of making the Emirates flight. Or change the entire itinerary to the day before, so you have a 24-hour cushion, and if all goes well just arrive a day early.

I think I asked before, but did you book the Emirates flight through JetBlue or independently of them?

This article is directly relevant. The default will be that if you miss the first leg, they will cancel everything, and the ticket will no longer be valid.

Yes, I recall this in relation to flights in Canada, but it applies elsewhere.

It’s not just the first leg IIRC, it’s any leg. Miss one, and the rest of the ticket, including returns, is cancelled - if it’s your fault. Not if the airline failed to deliver. But mixing tickets from non-partner airlines creates this risk. The idea would be to have the entire flight on one ticket to avoid this risk.

Let’s say you have a flight from Toronto to Regina. To get there, you have a change of plane in Winnipeg. At one point, the flight Toronto to Regina was advertised cheaper than to Winnipeg. But… you could not just fly to Winnipeg and fail to get on the Regina plane for a cheap flight. Your return flight ticket would be cancelled if you did not board in Regina, or if you missed the Winnipeg-Regina second leg.

In the days when staying over a weekend was much cheaper, I knew a fellow who had a weekly gig in, let’s say, Regina. He bought a ticket to fly Toronto to Regina on Monday and stay over the weekend and come back the second Friday. Then another to leave Regina on the first Friday and return on Monday. The company travel agent told him that if the airline figured out what he was doing they could cancel his tickets.

I’ll just pile on a bit:
Missing a leg loses you the whole thing. Ask me how I know.

When I absolutely cannot be late for a meeting, I go 1-2 days early. Whether 1 or 2 depends on how many flights there are to the location. Boston to Chicago? 10 flights a day. Boston to Vancouver (on my preferred airline)? Better leave a week early (/s).

The whole thing was through travelocity but the flights are definitely linked. Will call tomorrow, see what they say, and report back.

Will American let me link the new flight to the existing itinerary and allow me to check my bags through to Europe?

I don’t know for sure, but I really doubt that AA would check your bags to a destination that it’s not responsible for. I would assume that taking AA->Emirates would be like taking two separate flights. You’d pick up your bags from the luggage area after your AA flight and check in at Emirates.

If you miss your JetBlue flight and hop on that AA flight, you must talk to JB first to endure they don’t cancel your Emirates flight. Not checking in for one leg often means the rest of the legs are canceled.

In the days when staying over a weekend was much cheaper, I knew a fellow who had a weekly gig in, let’s say, Regina. He bought a ticket to fly Toronto to Regina on Monday and stay over the weekend and come back the second Friday. Then another to leave Regina on the first Friday and return on Monday. The company travel agent told him that if the airline figured out what he was doing they could cancel his tickets.

I wonder what grounds they’d have to cancel the tickets. He’s going on every flight - it’s not like he’s throwing half the tickets away, like people used to do when a round trip was cheaper than a 1 way or something like that. Is there some rule that if you have a round trip ticket you’re not allowed to fly anywhere else during your stay at the destination city? That seems awfully difficult to enforce.

I wonder what grounds they’d have to cancel the tickets.

IIRC, buried in the fine print is a rule that the cheaper fare requires a “Saturday night stay”. By not actually staying in Regina on Saturday night he is violating that rule.

I find it difficult to believe that they could actually require you to physically stay at your destination to get the fare. Make you use the return ticket? Sure, that makes sense (and is enforceable) as a rule. But “You may not travel more that XX miles from your destination airport between 7 PM Saturday to 7 AM Sunday” is pretty unenforceable.

What they can enforce is “You can’t use some other ticket on our airline to go home.” That’s really what the stay requirement is about. As noted above, once the “Stay over the weekend to get a discount” deal was enacted, the thieving fraction of the public immediately set to figuring out how to game the system to get the discount without doing the weekend stay.

Everything since has just been an arms race between more clever scammers, and more restrictive rules writing coupled to more extensive computer auditing to catch the scams identified to date.

So the denoument of the original question is that i can’t do anything. It is not allowed to change just the first flight of an itinerary without cancelling the entire itinerary. That would include a $1000 cancellation fee, yeah, your read that right, plus losing the $1500 non refundable flights plus the $120 seat fees on Emirates (if you choose any seat before check-in it costs money). Then of course a new set of tickets so probably another $2000.
So I tried to change the first flight to the previous day but because it is a switch there are “no available flights”. There are 8 flights a day on jetblue or partners to NYC but switching is a special case and i’m not allowed on them for some reason. So I am stuck with my original flights.
This took multiple phone calls and 40 minutes of talking to figure out.

On a normal airline if your flight was cancelled and you had an overseas connection the airline would try like hell to get to either to your connecting flight on time or to your final destination, even if it meant putting you on a competitor’s flight. This has happened to me on American a few times.

Jet Blue? I have no idea.

Did you ask them what happens if your first flight in the US is late enough that you miss the connection to the Emirates flight?

Well, that’s the advantage (aside from price) of booking your whole itinerary on one ticket. They do have an obligation to get you there, so they will put you on the next flight, or even another carrier. They have no legal obligation to give you meal vouchers or a hotel room, but most major airlines will do so if you’re stranded overnight. I think that would be in the hands of Emirates once you’re in NY.