This article showed up in my Android news feed recently, and it’s pretty interesting. Basically the author posits that San Francisco is a city where the political fighting is between “leftists and liberals” and that the very progressive policies that the city has enacted are failing and people are fed up, as evidenced by the recall of their DA recently. 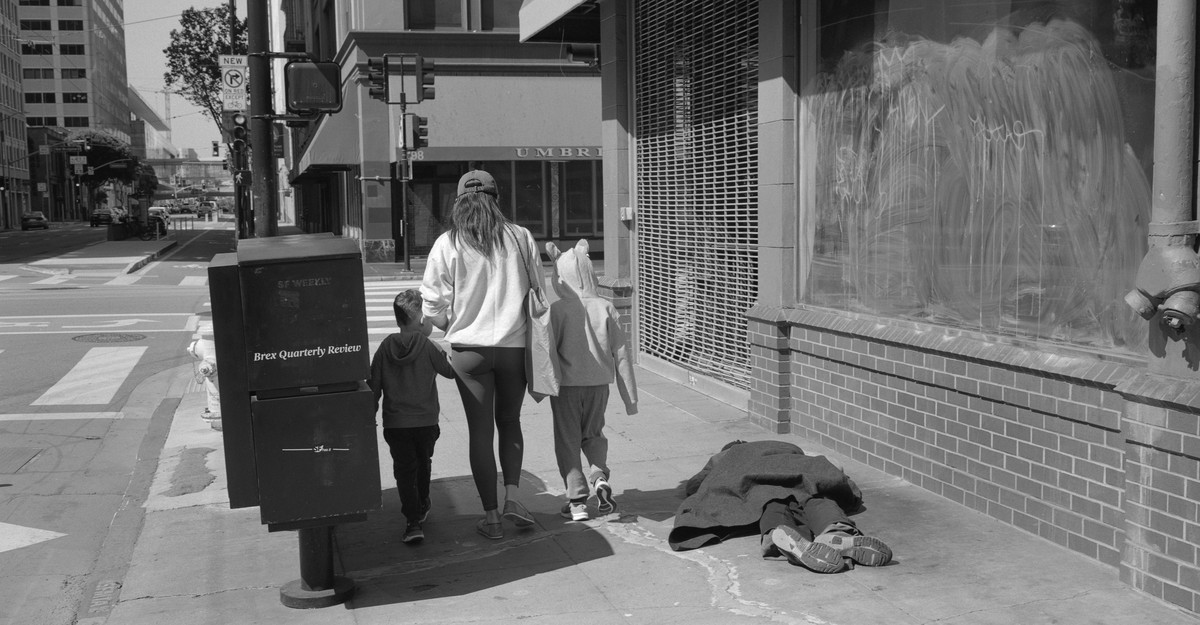 And how it could recover

What do you think? I found it to be pretty crazy - a lot of the policies are just batshit insane, and a lot of the people sound that way too. Since when is a gay white man not inclusive enough to be on a school board? Same with the whole “learning change” vs “learning loss” semantic absurdity. And the DA stuff is eye-poppingly crazy as well.

To me, the most dysfunctional aspect about San Francisco is the…poop. You’d think that “not wanting there to be human feces in places where it shouldn’t be” would be one of the things that liberals, leftists and conservatives could agree the most unanimously on, of all topics. Yet…SF continues to have a poop problem. There is nothing leftist, liberal or progressive about feces.

One of the difficulties with politics here is the gap between what people say they want and what they actually want. People say they want the police to treat people of color without discrimination. What they really want is for crimes, especially property crimes, to be controlled and they don’t seem to care much how that happens. This has been the DA’s problem since the beginning. His policies were designed to try to take race out of the law enforcement equation but he couldn’t find a way to do that without actual law enforcement suffering. So the police have now won on that score, and it will be years before SF elects another reform-minded DA, no matter how much it is needed.

When I was working in South of Market (the corner we called Filth and Mission), early every morning several blocks in the area would be power-washed by city trucks to get rid of human waste. The few public toilets that exist are generally taken over by drug addicts who use them as a safe place to shoot up, and then stay there for the maximum time allowed. This has reduced the general desire to have more public toilets, so there is no place for street people to do their business except on the public streets. When you aren’t criminalizing either homelessness or drug use, and people refuse to accept the alternatives they are offered, where do you go from there?

I don’t think SF’s problems are any worse than any other city, but because it is more compact than a lot of other cities these problems become more visible to more people. I agree that sometimes the city goes a step too far towards being “more progressive than thou” but I generally prefer that to the blind adherence to doing things they way they’ve always been done.

For those of you who don’t live here, shall we take a magnifying glass to your city and see how it’s doing?

I don’t live in a big city; my first instinct at the sight of a person lying face down on the sidewalk is to check if they are all right. It boggles my mind that someone could lie dead on the side of the road for eleven hours before being noticed.

Seems to me that a lot of SF’s problems are due to being TOO liberal and tolerant, not the opposite, and I think that’s what the article author is saying as well.

I mean, there comes a point when the authorities DO need to crack down and compel some people to obey the laws and behave properly, regardless of color, housing status, sexual orientation, drug addiction, etc… But it sounds like SF is just past that point and letting people behave badly with no consequences.

I mean, there comes a point when the authorities DO need to crack down and compel some people to obey the laws and behave properly, regardless of color, housing status, sexual orientation, drug addiction, etc… But it sounds like SF is just past that point and letting people behave badly with no consequences.

Right. I’ve posted here before about visiting Portland and being really confused about how a city without any Republicans to get in the way of progressive policies could be failing so badly at dealing with its homeless problem. Based on the article it seems like SF got the first part right – stop criminalizing poverty and drug addiction – but failed to follow through on actually helping people in a lot of ways. At some point, helping people means helping them against their will. Don’t throw them in jail, maybe, but don’t let them defecate on the street either.

For those of you who don’t live here, shall we take a magnifying glass to your city and see how it’s doing?

Like most cities of sufficient size, mine is run by Democrats, but not the progressive wing of Democrats. Corruption within the party is a problem, they’re beholden to business interests, and there’s just not enough progressives here to kick them out. It’s… not great.

But they’re also hamstrung by Republicans, who control the state as a whole, and by the greater metropolitan area being split up among several different municipalities, which keeps much of the tax base in Republican controlled “cities.” So we’re still fighting the D v R fight, not the liberal v progressive fight. As an outsider looking in, it’s just a bit depressing. Like, congrats SF, you guys have the liberal politics that we here can only dream of. You’re not fighting against “don’t say gay” bills and 'Let’s check everyone’s genitals" bills anymore. But you’re a reminder that a future free of conservative policies isn’t all sunshine and roses.

At some point, helping people means helping them against their will. Don’t throw them in jail, maybe, but don’t let them defecate on the street either.

That seems to be the biggest problem overall with dealing with the drug addicts/homeless/mentally ill that I’ve observed everywhere- the authorities are hamstrung by laws that prevent them from compelling anyone from doing anything except when laws are broken, at which point it’s a criminal problem.

In fact, I suspect that a lot of the criminalization of these behaviors is a reaction to that- if they are criminalized, then they can be dealt with through that mechanism, as opposed to what amounts to just asking nicely.

Since when is a gay white man not inclusive enough to be on a school board?

If the problem is that the board doesn’t have enough non-White people on it, adding a gay White guy isn’t fixing the inclusivity problem.

I don’t know if that was the problem.

They noted that the parent committee was already too white (out of 10 sitting members, three were white).

[much later in the article…]

I don’t know if that was the problem.

Neither do I, which is why I said “if.” Diversity doesn’t mean, “Straight white people” and “everyone else.” Adding someone who is a member of one minority group doesn’t count as representation for all minority groups.

By the numbers @Max_S listed, shouldn’t the board shake out roughly 5 white, 1 black, 3 asian, and one other member (race is unlisted in his data), if you’re generous?

That’s what I don’t get; it’s too white, when the board representation is very clearly not in line with the makeup of the city as a whole?

By the numbers @Max_S listed, shouldn’t the board shake out roughly 5 white, 1 black, 3 asian, and one other member (race is unlisted in his data), if you’re generous?

See my response to Max_S.

To be honest I don’t really understand your point, Miller.

(My concept of diversity in this situation - and my understanding of Mr. Brenzel’s opponents - is a quota system)

On the other hand @bump, it’s not so cut and dry. Children are more likely to identify as other than white than the population at large, and there may be different demographics for the area this particular parent committee represents.

I can live with that.

That’s fair. I was also wondering if there was maybe a large chunk of the white population that sends their kids to private school or something, and that might be a reason for the numbers not to necessarily line up with the demographics of the city.

But as a realist, I see that right wing extremism is overwhelmingly stronger than left-wing extremism in this country and consequently is a far more serious problem that is causing far more harm. So I will continue to focus more efforts against the greater danger.

Both-siderism is nonsense when one side is a hundred times larger than the other.

Where’d that come from?

I just said the article was fascinating because it’s not about the usual political fights we see in the US, and is instead about a fight that’s basically left vs. far-left. We don’t see that often, and nor do we often see the consequences of a lot of far-left policies that are proposed, except maybe in situations like San Francisco.

If people are literally dying on the street, and there are other failures of basic functionality like not building enough housing, then I would not categorize it as a left vs a right political policy problem, more like an incompetence + corruption problem.

I see your point, but this thread is about San Francisco city politics, not national politics. In SF politics there is no significant right wing.