Now the NJ has legalized the possession and use of marijuana, can a dispensary in say, Colorado, ship to the Garden State via Fedex, UPS or other private company? I know USPS is out but before the laws are sorted out regarding taxes and such, would a company be breaking any laws by doing so?

No, they can’t. Marijuana remains illegal at a federal level, so any shipping between states is considered interstate trafficking. 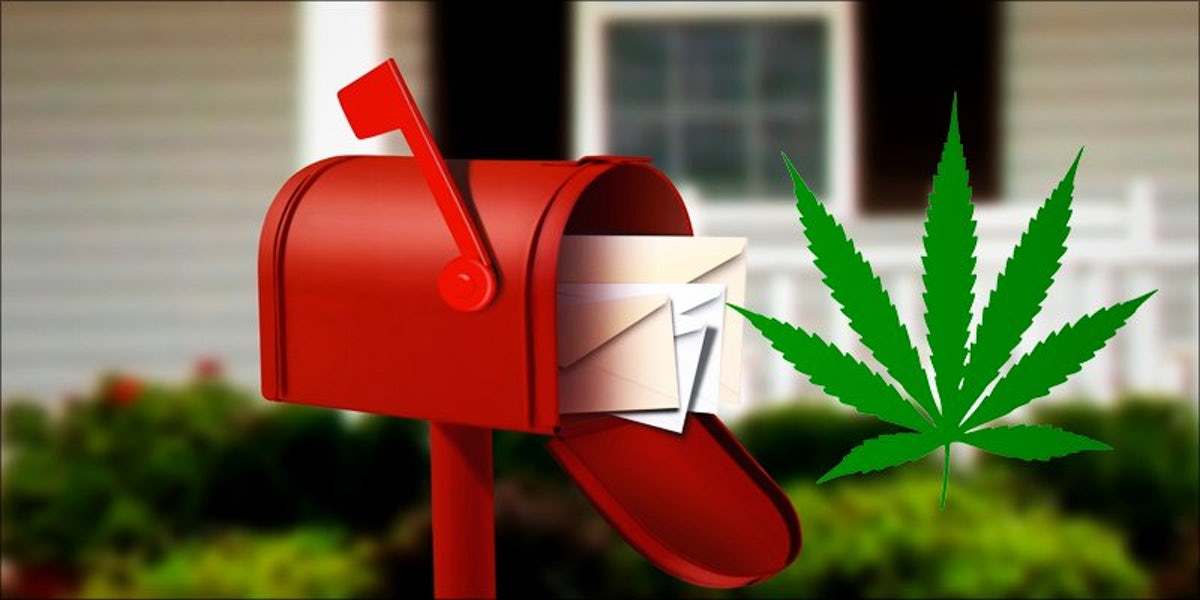 Mailing Weed: Is It Legal to Mail Marijuana to & From Legal States? (2021)

As states begin to legalize marijuana, you may be wondering: is it legal to ship marijuana from one legal state to another? Find out the real answer here.

A question I recently got asked was if people can ship/mail marijuana from one legal state to another.

Why You Can’t Mail Marijuana – Even Between Legal States

The answer is no. Marijuana is still very much illegal at the federal level, and since the United States Postal Service is a federal entity, anything involving marijuana is prohibited via the standard snail mail route. Shipping/mailing marijuana is considered to be interstate trafficking according to the federal government, and is strictly prohibited, so any type of activity with any entity (UPS, etc.) along those lines is against the law.

Definitely no. Weed is legal here in Michigan but in Ohio only medical marijuana is legal. If they catch you bringing weed back from Michigan into Ohio in your car and you don’t have a medical card you are busted under federal interstate trafficking laws. Especially if you leave it in the original packaging.

Modhat: As all of this is a new area of discussion for the SDMB, I just want to remind everyone …

sorry for the interuption

Ironically, NJ will probably be one of the last states you can ship legal pot to a private residence. It is nearly impossible to get alcohol shipped here.

Well as that is interstate and interstate = Federal, most likely illegal.

Well as that is interstate and interstate = Federal, most likely illegal.

Probably so. It’s even likely there’s a specific law about it.

My personal theory on that is to not risk it. Until cannabis is legal nationally I would not even consider trying to cross any border with it. It is possible to travel with cannabis in Canada but I still don’t do it…

I absolutely do not recommend it and believe it is illegal. However…

I don’t think there’s a real risk carrying from MA to RI. Here in RI it’s available for medical use with a license, in MA it’s available for recreational use. I doubt the police are waiting by pot stores to follow cars with RI plates back across the border, and I doubt any FBI agents are either.

So, if the drug is legal in one state, can a person travel with it to another state where it may or may not be legal?

The answer is almost definitely no. This is true even if the other state also allows for some form of legalized marijuana. Why?

My bolding in above quote

I think technically that you become a tax cheater if you buy in medical marijuana Ohio and take it to Michigan and sell it in the original packaging. We want our 10% adult use tax and 6% sales tax!

Actually we don’t seem to care as their are numerous marijuana “speakeasies” in the city of Detroit that have been operating for years without paying taxes. At least not the traditional kind of taxes, more of a render onto the local Caesar tax. I don’t go there because it is both illegal and dangerous.

You forgot to bold ‘almost’. It shouldn’t make a difference to anyone, but you altered a quote from an outside source and changed it’s meaning a teeny-tiny amount. ‘Almost definitely’ means ‘not definitely’.

While it’s not explicitly legal, you are probably safe to transport weed between two adjoining recreational states. States where weed is legal aren’t going to have cause to search you, detain you or otherwise stop you for weed possession. The AGs in this states aren’t going to be prosecuting any MJ cases. And the Federal government isn’t going to have agents out there to randomly enforce their overriding laws so long as you’re not passing through an airport or port.

Modnote: Not disagreeing with anything you said but as stated above:

Please do not post suggestions or advice on how to evade local law.

Don’t think I did that…

Why do you have such a quick trigger on all my posts?

modnote: If you have questions take it to PM or ATMB. Do not question notes in thread in the future.

I will be PM’ing you though on this.

Yeah, there is not going to be a problem transporting personal use amounts between to adjoining legal states because law enforcement at the state level will not care.

I believe that the legal weed in the legal states has to be produced in state, by a state licensed grower, conforming to whatever that particular state’s rules of production and tracking require. Each state has its own requirements for tracking weed from grower to user and, surprise, they are all different. So even the producers are not yet shipping between states, it would not be allowed.

And then there is the whole banking mess involving the transfer of money. People are working to get that resolved so that banks can handle the money and the business does not have to operate on a cash only basis.

Very vague, hope vague enough. I recently bought seeds, it is legal to grow 4 plants in Oregon. The process involved my buying something from a 3rd party business with my credit card and they sent the money to the seed people. Banking has a way to go before sales can really go legitimate.

Heck, even if you stay within one state, where the state laws have fully legalized it, it’s still against federal laws. Those federal laws are not currently being enforced, but they’re still on the books, and enforcement of those laws could in principle resume at any point. Under current jurisprudence, the fact that it could be sold across state lines is all the connection to “interstate commerce” that is needed.

the fact that it could be sold across state lines is all the connection to “interstate commerce” that is needed.

Or even just transported across state lines. Don’t do it, don’t become a test case.