Does anyone here have an iPhone 12? I purchased one about a week ago, after my 3 trips and about 3 hours of craziness at Verizon.

There isn’t much difference between the 12 and 11. The edges of the phone are square instead of the rounded 11’s edges giving it a bigger screen area (so I’m told). The camera is supposed to better - a step above the 11. The other difference is that the charging cord has changed.

The end that goes into the phone is the same but the end that goes into the plug thing is different. The plug thing is of course different AND it is not included with the phone purchase. All of my other iPhones through the years came with earbuds, a cord, and a plug. This one only comes with a cord that is maybe 3’ long. The new plug (a separate purchase) is supposed to provide a much faster charge than the old version. Since the plug in opening on the phone is still the same, you could use the old version of the cord and plug. But I was told by the Verizon employee not to use the old cord and plug as that will damage the battery.

As I’m looking at my receipt, I notice what I call a plug is actually called a wall charger. It was an extra $35.

With my old phones, I had a charger by my bed, one in the living room and one at work. I purchased extra-long cords so I didn’t have to sit next to the wall to use my phone if it was plugged in. I was also told to only use cords that were 15W so the battery wouldn’t be damaged (new phone). I looked at Amazon (much cheaper than the Verizon or Apple store). I can’t find a 25W wall charger. The description shows 25W but then it shows that it’s really 20W. I really don’t want to purchase chargers and cords if I don’t have to. I wonder if the Verizon guy is told to say that so more of their merch is sold.

So after this lengthy post, my question is - if you have an iPhone 12, do you use your old cords and wall chargers? Googling it gives me both Yes and No, depending on the website.

Yes, I use the same charger I previously used with an iPhone X and an iPhone 6 before that. But mostly I’ve been using wireless chargers since I bought the iPhone X. The Magsafe Apple one works but it’s tiny and I kind of prefer the ones I bought from Amazon that were Samsung or Anker brand.

Here’s the Wirecutter (a product review site owned by The New York Times) review of phone chargers. I think the “damage your phone battery” thing is bullshit, but the more powerful chargers and cables might charge it faster.

That’s how I feel.

I bought a charger and cord, which is 20W as the phone has fast charging, which requires the 20W (or 18).

I agree that you can use your old chargers.

The other end of the cable you received is probably USB-C. It seems Apple is OK with you connecting to any wall plug that sports a USB-C connector since they didn’t bother to include one.

But I was told by the Verizon employee not to use the old cord and plug as that will damage the battery.

The Verizon guy lied to you.

The phone can charge faster with the USB C cable and a matching charger. The old USB A chargers are 5W for iPhones and 12W for iPads. The USB C charger is 20W.

I have an iPhone 12 Mini (it’s the same as yours, but fits into my pocket). It came with a cord, but I use the one I already had. No problem.

But I was told by the Verizon employee not to use the old cord and plug as that will damage the battery.

Bullshit. They are either lying to upsell you or are just uninformed but that is not true.

I mostly use MagSafe with my 12 Pro but also use the older charger when outside my home and it’s fine. I use the 20w usb-c charger when I want rapid charging but there is no need for you to buy anything else, the older 5w charger works just fine.

Can you use an iPhone 12 charger with earlier iPhones? I’m probably going to be buying an iPhone 12 soon, and I don’t want to worry about my wife and kid damaging their phones.

Can you use an iPhone 12 charger with earlier iPhones?

Yes. The USB protocol only delivers 500mA of current unless the device asks for more.

Yes. The USB protocol only delivers 500mA of current unless the device asks for more.

In case it helps, I happened across this article this morning: 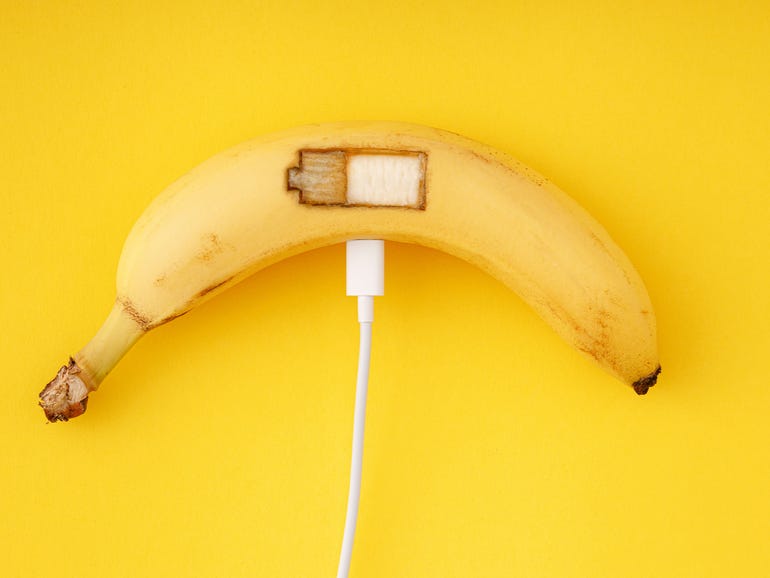 Peanut butter charging time! Clearly, the situation we have now is untenable and needs to be resolved. But there are multiple factors at play that may be preventing Apple's charging situation from being consolidated.

Thanks for the advice, everyone. I will now use my old charging equipment and not feel like I’m ruining my phone. I’ll use the new version when I charge it overnight, since the cord is so frickin’ short (it barely reaches from the outlet to my bedside table).