Is Bill Murray a convicted felon?

I’ve seen several articles about Murray getting caught with 10 pounds of Marijuana at ORD. He plead guilty and got 5 years probation. I’d assume a felony but it was 1970 so who knows.

The only thing his wiki has about anything illegal is

Blockquote
In 2007, Murray was pulled over by Swedish police on suspicion of driving a golf cart under the influence of alcohol.

The only thing his wiki has about anything illegal is

Take a look at the last paragraph of the “Early Life” section of his Wikipedia entry:

On September 21, 1970, his 20th birthday, the police arrested Murray at Chicago’s O’Hare Airport for trying to smuggle 10 lb (4.5 kg) of cannabis, which he had allegedly intended to sell. The drugs were discovered after Murray joked to the passenger next to him that he had packed a bomb in his luggage. Murray was convicted and sentenced to probation.

The footnote links to a 2015 Esquire article, which shares details of the event from a book about Murray:

As he was waiting in line to board his flight at O’Hare International Airport, he made the mistake of telling one of his fellow passengers that he was carrying two bombs in his suitcase.

A ticket agent overheard Murray’s joke and immediately summoned a couple of U.S. marshals, who proceeded to root through Murray’s luggage. They didn’t find any explosives, but they did discover five two-pound “bricks” of marijuana.

Murray was charged with possession of marijuana and ordered to appear in narcotics court the next day. The bust made the front page of the Chicago Tribune. Because he was a first-time offender, Murray was spared jail time and placed on probation for five years. But his college career was over. After talking it over with his family, Murray opted to drop out of Regis before his criminal record got him kicked out.

I agree with the OP; I would suspect that ten pounds of pot, in 1970, would have been classified as something like “possession with the intent to distribute,” and would almost undoubtedly been a felony; the length of the probation would seem to suggest the same. 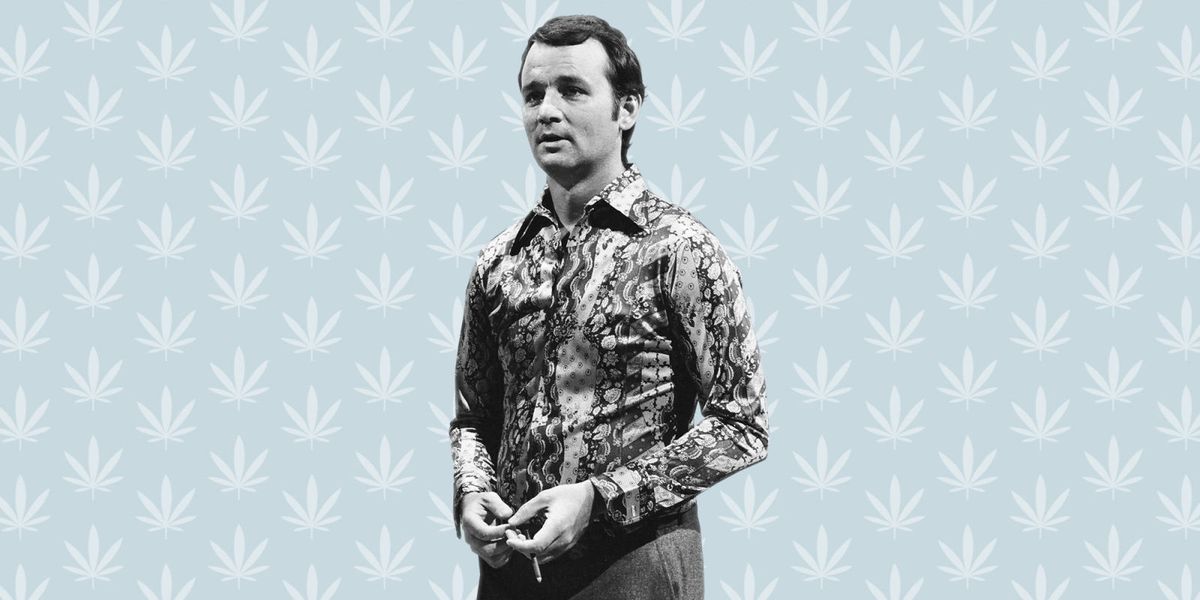 The Time Bill Murray Got Busted for Pot

A legendary "Murray story" excerpted from a book about the comedy legend.

What the…?! My skimming skills suck I guess.

…and would almost undoubtedly been a felony

And if he is a felon, how is he able to travel outside the U.S.? Because:

Under federal law 22 U.S.C. 2714, the US government will not issue a passport to anyone if convicted of a felony, federal or state drug offense while using a passport or crossing international boundaries during the commission of that crime. They would also revoke any existing passport in these cases.

And if he is a felon, how is he able to travel outside the U.S.? Because:

Under federal law 22 U.S.C. 2714, the US government will not issue a passport to anyone if convicted of a felony, federal or state drug offense while using a passport or crossing international boundaries during the commission of that crime.

He wasn’t crossing an international border in the commission of the crime.

He wasn’t crossing an international border in the commission of the crime.

Right; he was getting ready to fly from Chicago to Denver, and would not have needed to “use a passport” as part of that flight. (Back then, would he have even needed to show an ID?)

I looked up some articles about being a felon, passports, drugs, etc…

However there are places that will not allow felons in. I didn’t see a complete list on them.

What I did see was an article claiming his conviction was a misdemeanor. Now goddamnit if I can find that site again.

I wonder if that incident was the inspiration for John Belushi’s famous Weekend Update rant, The Luck of the Irish. Fans of the late great John Belushi will remember it fondly.

I would link to it, but all I can find is a partial clip, posted by some guy who does a really lame impression of it afterwards.

Oh, what the hell. Here it is.

Is Bill Murray a convicted felon? I’m not sure, but I do know that Bill Murray is a national treasure.

I guess that calls for a cite.

Are you saying that Nicholas Cage stole him?

Why? What’s written on his back? Have we ever seen his back? What is he hiding?

I would suspect that ten pounds of pot, in 1970, would have been classified as something like “possession with the intent to distribute,” and would almost undoubtedly been a felony

I found a link which shows a picture of the Chicago Tribune story reporting the incident. It says he was arrested simply for “possession” and was to appear in “narcotics court”. I suspect that the probation was part of a felony diversion program, where he got the charges dismissed by competing the terms. At least today, that’s sometimes an option for first time offenders. 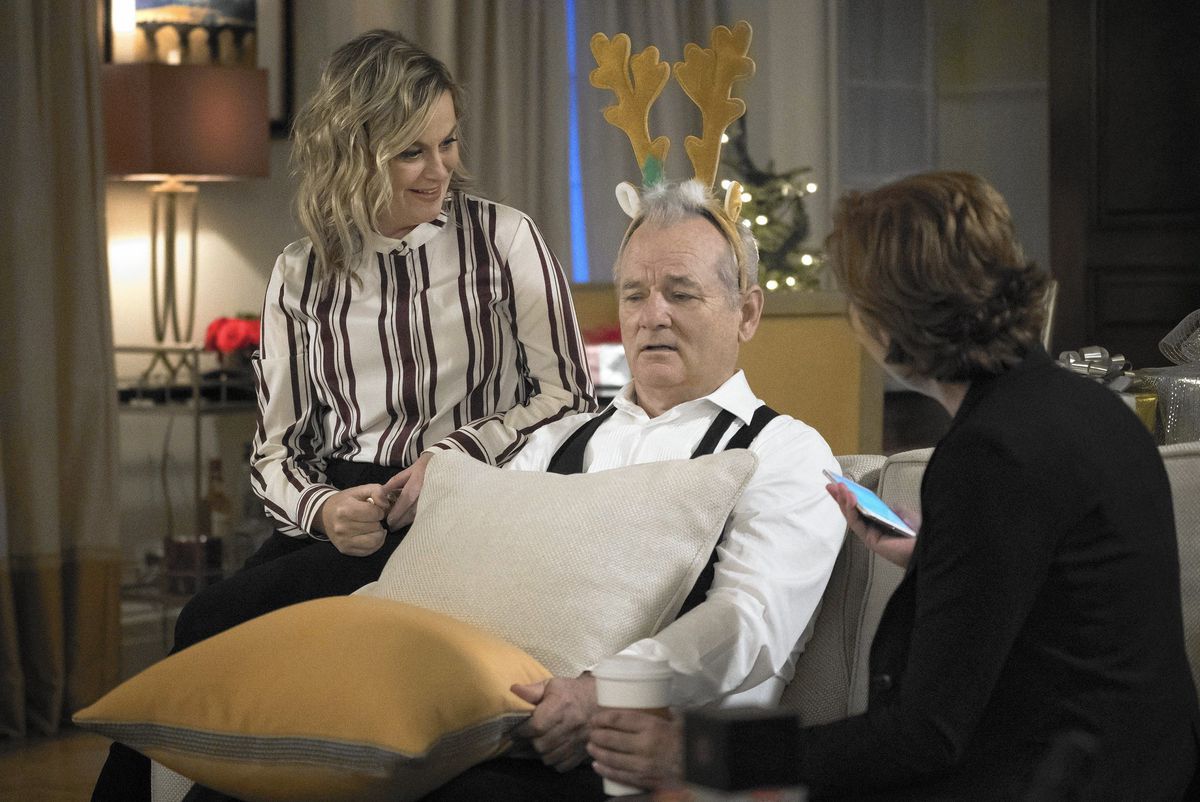 Suprising tidbits about the Wilmette,Ill.-raised actor, culled from the Chicago Tribune archives.

And here might be the answer, found in the Smoking Gun.

This paperwork shows it was a misdemeanor conviction for “possession of cannabis”. 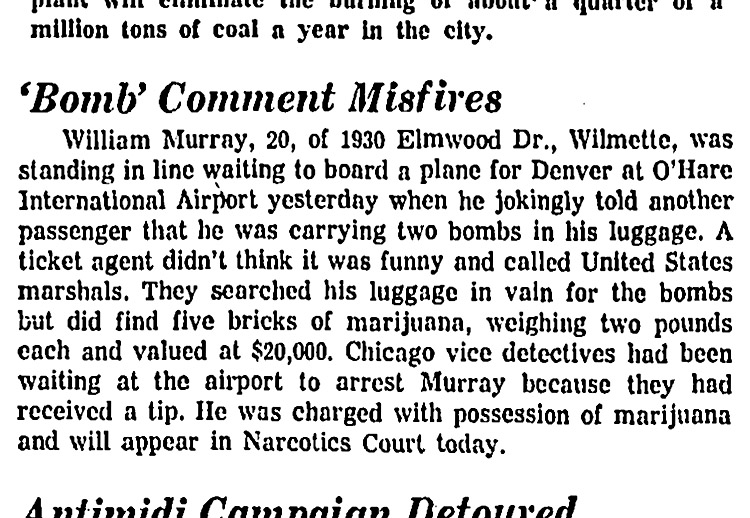 Ten pounds was personal consumption, rather than inherently ‘intent to distribute.’

The bulk of weed back then was low THC, and generally just made you hungry, made you tired, and made your eyes red.

Oh, IIRC, there was occasionally some prime Colombian, the very rare Maui Wowie, Thai Stick, some Chimerical NoCal sensimilla, but the majority of what most of us got was lovingly known as “Mexican Dirt Weed.”

But I’m stunned … absolutely floored … that an early SNL cast member was involved in drugs.

I now have to rethink everything I’ve ever believed.

I actually am a little stunned, because everything I have read up to now on Billy indicates he is/was a drinker, not a drugger. Legend has it that he could down a six-pack of brewskis before the first quarter buzzer sounded for a Knicks game, and that during blocking for SNL he swigged from a fifth of whiskey.

Looking back, he was apparently the kind of guy who could do with a serious dose of Mellow. As in, even John Belushi was a little leery of him.

Ten pounds was personal consumption, rather than inherently ‘intent to distribute.’

Oh now wait a minute. Maybe he plead down to a misdemeanor but I find it hard to believe that 10 POUNDS of weed, even in 1970, was considered personal use. I’m going to need a cite on that for Kripes sake! If 10lbs was personal use what did it take to get into any serious trouble? That bulldozer hopper that dropped the cookies into Sidneys mouth? 10 pounds is a hell of a lot of grass!

BTW, I’ve been a LEO since 1982 and the weight, not the strength, of controlled substances is what counts.

I can’t help you on that one. I pulled that entirely out of my keister

I can’t help you on that one. I pulled that entirely out of my keister

Maybe you should have taught Bill how to better hide things!

Heh. This thread is getting fun.

Better to be Billy Murray than Billy Hayes in the 1970s.

Murray was luckier than Tim Allen. He served 2 years for cocaine at an airport. Being a Dick didn’t pay off.

Remember When Tim Allen Nearly Got a Life Sentence For Trafficking Coke?

Most of America knows Tim Allen best as the genial, lovable sitcom dad from Home Improvement and his current red-state reassurance vehicle Last Man Standing. But if you were looking for coke in Kalamazoo, Michigan, in the mid-70s, you might have...