Is flying statistically safer than driving? 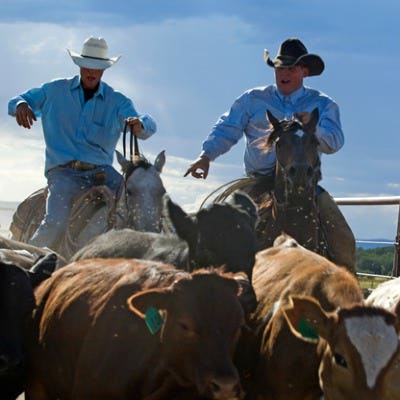 In Pictures: America's Most Dangerous Jobs

Some of the most commonplace professions are also the most hazardous.

We have all heard the statement that flying is statistically safer. What evidence shows this?

Anyone know if this type of comparison or anything similar has been done?

Looks like the answer from a fatality standpoint is no. Flying (especially general aviation) is not safer than driving. At best, commercial aviation on a per mile traveled basis it is similar to driving. However your chances of being involved in a non-fatal accident are much greater while driving.

Based on 2004 data analyzed here.
Looks like the answer from a fatality standpoint is no. Flying (especially general aviation) is not safer than driving.

It looks that way if you accept this analysis, and the information being compared as a valid study.

The math and premise of this study (PDF) from the January 2003 issue of American Scientist make more sense to me. It accounts for 10 years of data instead of just one since aviation fatalities vary by a large amount from year to year.

The study also asserts that since 95% of plane crashes occur during takeoff or landing, the risk of flying depends almost entirely on the number of flights involved in a trip. The length of the trip isn’t significant; a long flight has about the same risk as a short flight. But with a car the risk of fatality depends upon how many miles are driven.

Although the fatality rate per distance traveled is a reasonable index for ground transportation, the risk of flying is primarily affected by the number of takeoffs and landings. For example, a recent study by Boeing (2001) indicates that 95% of flying fatalities occur either during takeoff and climb after takeoff, or during descent to landing and landing. Only 5% of the fatalities result from accidents that occurred at cruising altitudes. Consequently, the risk of flying depends primarily on the number of flight segments involved in the trip, not on the distance traveled. As a first approximation, a nonstop trip is half as risky as a trip that involves an intermediate stop. A longer nonstop trip is usually substantially safer than a shorter trip that involves an intermediate stop.

Recently, we compared the risks of flying and driving in the US by taking into account that the risk of flying is dependent on the number of flight segments, but, for all practical purposes, is independent of the length of the trip (Sivak & Flannagan, 2003). It turns out that in the US, flying domestically nonstop is safer than driving if the distance is more than 18 km. For one-stop and two-stop flights, the corresponding distances are 36 and 54 km, respectively. Thus, for any reasonable combination of the trip distance and number of flight segments, flying is safer than driving.

In Sivak and Flannagan (2003), we averaged the flight information for 10 years (1992–2001) to get the flying functions, because of large year-to-year variations in flight fatalities.

The calculations included the four hijacked planes on September 11, 2001. In the same study, we calculated that disastrous airline incidents on the scale of those of that day would have had to occur about once a month for flying domestically in the US to become equally risky as driving.

Bear in mind that driving involves a lot more non-fatal acidents than flying does.

When dealing with anything involving aviation, you need to be very careful to separate out general aviation (or military aviation) from commercial air carrier aviation. The difference in any safety fact you care to name is between 10 and 40 to one. And unless you’re in the habit of riding in Cessna’s, the general aviation statistics aren’t relevant to you. (GenAv encompasses a lot more than just light-plane pilots flitting about on weekends. But all the other categories of GenAv are even less accessible to the typical Doper and hence can be ignored for the OP’s purposes.)

Which changes commercial aviation from being about 10x as dangerous as driving per hour to 1/10th as dangerous per hour.

Naturally, cars aren’t always driven solo, so we’d need to apply the same correction to them to be fair & accurate. But the average occupancy of cars is (IMO) somewhere less than 2, and the actual average passenger load is somewhere North of 100, so the end result of more precise calcs will still be about as I outlined above.

As Crazyhorse’s post & cite say, distance is probably a better metric for driving. If you drive to work on a Monday in stop & go traffic & later make the same trip on Saturday afternoon, are you really exposed 2x or 3x the risk of death in heavy traffic at 20mph as you are on Saturday at highway speeds? Almost certainly not.

Boeing’s data is a bit muddled in that most of climb & descent are all-but as safe as cruise. But yes, the main risk the first & last few minutes of flight. A joking aphorism in the aviation biz has it that “You should avoid the edges of the air.” Stay in the middle and you’ll be fine. But bad things happen when you get near the edges.

Commercial piloting in air carrier aviation is not really much more dangerous than any other white-shirt-and-tie office job. It’s just that so few office workers are killed on the job that the few pilots who do get killed stand out statistically. There’s certainly more risk exposure, but not much actual difference in bad outcomes.

Once you add in the bush pilots and crop dusters & emergency medical helicopter guys and heli-loggers and such, now you’re talking about a job with real risk. Again the numbers are 20 to1 or worse than commercial air carrier statistics.

As I recall the fatality statistics for office & retail workers, they exclude deaths due to crime, i.e. retail store hold-ups and disgruntled office workers shooting up the place. I wonder how the numbers would work out if we added those in? Is USPS desk clerk in fact a highly dangerous occupation since they’re exposed to both those crimes?

Late add: I followed the link in Hbns’s post. It has a good discussion of the various statistics and which numbers are really meaningful & which aren’t. I don’t necessarily endorse all the author’s thinking, but it’s a good intro for the OP into the topic. Note the main thrust of the article is determining risk to GenAv pilots & riders, not commercial passengers.

You have to be careful about comparing two situations and assuming both can be considered random. Flying on a commercial airline is a pretty random event, although some airports are more dangerous than others. But driving a car involves different risk levels, depending on the skills and driving habits of the driver.

Bear in mind that driving involves a lot more non-fatal acidents than flying does.

It looks that way if you accept this analysis, and the information being compared as a valid study.

The math and premise of this study (PDF) from the January 2003 issue of American Scientist make more sense to me. It accounts for 10 years of data instead of just one since aviation fatalities vary by a large amount from year to year.

The OP did say they wanted to compare by the amount of time spent traveling. Whether that is the best measure of airline versus automobile safety I would thing is more a topic for great debates. A per minute fatality rate is what the OP mentioned. I thought the statistics I linked were pretty well presented for the OP to generate such a result.
I have no reason to doubt the analysis, the author does a fair job of questioning the results and pointing out the flaws.

Airline data was averaged from a ten year sample similar to the Sivak study.

Airline fatalities are concentrated into a small number of accidents. It’s not uncommon for an entire year to pass with 0 airline fatalities, so it’s not really possible to generate meaningful statistics by looking at just one year. Instead, we’ll sum up all the fatalities and estimated flight hours and miles flown for US carriers over the ten years from 1991-2000

It is completely sensible to me that takeoff and landing are the riskiest times during an airline flight, but several things about that segment of the paper are unclear to me. I will have to dig deeper into it.

Secondly, I am not certain why Sivak has bounded the bottom end?

It turns out that in the US, flying
domestically nonstop is safer than driving if the distance is more than 18 km.

Certainly there are few if any domestic commercial flights of anywhere near 18km. What purpose does this serve? Does it rule out a lot of auto accidents? It is commonly said that you are more likely to die in an auto accident close to home (whether that is true or not is a whole other topic so lets just assume it doesn’t come into play one way or the other).

I’ll read the rest of the report and see if it answers my questions further on, or if any of the citations shed light on them.

Found the original article, Flying and Driving after the September 11 Attacks

Not quite understanding how they arrived at the 433 passengers killed. When I look here I get a total of 1149 fatalities.

I guess I am just too easily confused by the methodology. I’m not expecting commercial aviation to be more dangerous than driving. Far from it, but something about the Sivak and Flannagan calculations just seems off. Can’t put my finger on it, maybe someone else with a better mind for statistical analysis can tell me I am just being paranoid.

I just noticed they sampled just 10 airlines for their data set. So throw out 252 fatalities from my total, leaving 897.
(Alaska Airlines 83, Valujet 105, and American Eagle 64)

Anyone know where they might have gotten the fight segment totals from?

…
Secondly, I am not certain why Sivak has bounded the bottom end?
Certainly there are few if any domestic commercial flights of anywhere near 18km. What purpose does this serve? Does it rule out a lot of auto accidents? It is commonly said that you are more likely to die in an auto accident close to home (whether that is true or not is a whole other topic so lets just assume it doesn’t come into play one way or the other).
…

For a typical American who drives or rides ~12K miles or ~18K Km per year, they’d need to fly 1,000 airline flights per year before their risk of dying on the plane gets as big as, or bigger than, their risk from their ordinary driving.

The recently much-discussed Air France 447 accident was an example of getting too close to the top edge of the air (plus bunch of other problems),

Like, they got too close to the Sun, so the wax holding their wings together melted?

But poetically, no. Icarus was doomed for his motivation: to fly up to the realm of the gods. The sun & the wax was just a plot device to deliver his comeuppance.

The Air France guys had no such motivation. Conversely, there was an accident involving a Bombardier CRJ a few years ago which some lay folks over-interpreted as re-enacting the parable of Icarus.

They flew as high as the jet was certified to fly (in other words, a completely normal & legit maneuver) just because they had the rare opportunity to do so. And something failed, they handled it poorly, and ended up being killed for their errors. Which would never have happened but for the (arguable) hubris of climbing so high.