Is it Heaven? Or is it Hell? The Goteborg Isolated Cinema experience

Be careful what you wish for, cinephiles.

Taking social distancing to a whole new level, Sweden’s Göteborg Film Festival is inviting one cinema fan to spend seven days on an isolated lighthouse island, with only movies and the North Sea for company.

Like many recent film festivals, Göteborg festival is going digital in the wake of the Covid-19 pandemic, but organizers decided to offer one festival goer a totally different experience, dubbed The Isolated Cinema.

The chosen fan will be transported by boat to the Swedish island of Pater Noster – which Göteborg Film Festival artistic director Jonas Holmberg calls “one of the most beautiful and dramatic places I know.”

Once there, they’ll be set up in the former lighthouse keeper’s house and spend a week from January 30 to February 6 watching Göteborg’s offerings. They won’t be allowed a cellphone, a laptop, a book or any other distractions.

It gives new meaning to that dorm room bull session discussion “What movies would you take with you to a deserted island?”

Except in this case you apparently don’t get to choose.

I am definitely checking into this.

For me, a significant part of the pleasure of watching movies is seeing them on a big screen in a theater with a crowd. The communal experience of other people reacting along with me is a major plus.

So, it’s not just viewing the work of the filmmakers, et al, that makes a movie watching experience work for me.

I’ll pass on this.

It may be a little late in the game to apply, unless you are already in the country. From the Film Festicval website:
" We need to receive your email no later than January 17, but selection for interviews takes place on an ongoing basis from January 4 when registration opens.

If you are selected, you commit to living in isolation on the island of Pater Noster, completely without contact with the outside world, for a week from January 30 to February 6, 2021. You also need to be available the week before for planning discussions for your stay. You must be willing to make a video diary every day during your isolation and also be available to participate in interviews about your stay before and after The Isolated Cinema Pater Noster."

They cover transportation costs…from a certain point on the mainland: “We will pick you up by car at an agreed place in Göteborg and drive you out to Marstrand, and from there you will be transported by boat out to the island.”
Food will be provided, but you will do all your own cooking and cleaning. The festival website is
Pater Noster - Göteborg Film Festival (goteborgfilmfestival.se)

Not being allowed to do stuff would just make it seem like an assignment at school or workz and remove all pleasure to be had.

For me, fun requires freedom, even if I wind up spending all day on one thing.

Once there, they’ll be set up in the former lighthouse keeper’s house and spend a week from January 30 to February 6 watching Göteborg’s offerings. They won’t be allowed a cellphone, a laptop, a book or any other distractions.

And yet there are people who are applying to be tortured in this manner.

And yet there are people who are applying to be tortured in this manner.

Food will be provided, but you will do all your own cooking and cleaning.

If that means dealing with the butter-incrusted popcorn under my seat, I’m out.

What is the plan for medical emergencies? If the winner falls and hits their head or has a heart attack or chokes on their breakfast, for example.

Any of those are likely suicides.

According to the FAQ;

No, for security reasons another person will remain on the island during your stay there. You will have a short meeting every day to see if you need help with any practical matters. During this short meeting, you will also get access to a computer / iPad to record your daily video diary, which will be sent to the Film Festival’s communication department for distribution via our channels.

Personally, I’d probably find an experience like this very enjoyable if not for the fact that I don’t speak a lick of Swedish.

In that case, I’d be happy to spend a week in a lighthouse watching movies and writing/talking about them.

Sounds wonderful. The only downside it a very likely enjoy arthouse type movies so watching a week of them would be less than fun. Can they make it a week of movies of my choice?

Can they make it a week of movies of my choice?

You’re the kind of guy who’s go to a table d’hote establishment and order chicken fingers.

Will they provide enough special parts to build a group of robot friends?

I am definitely checking into this.

We have a winner! 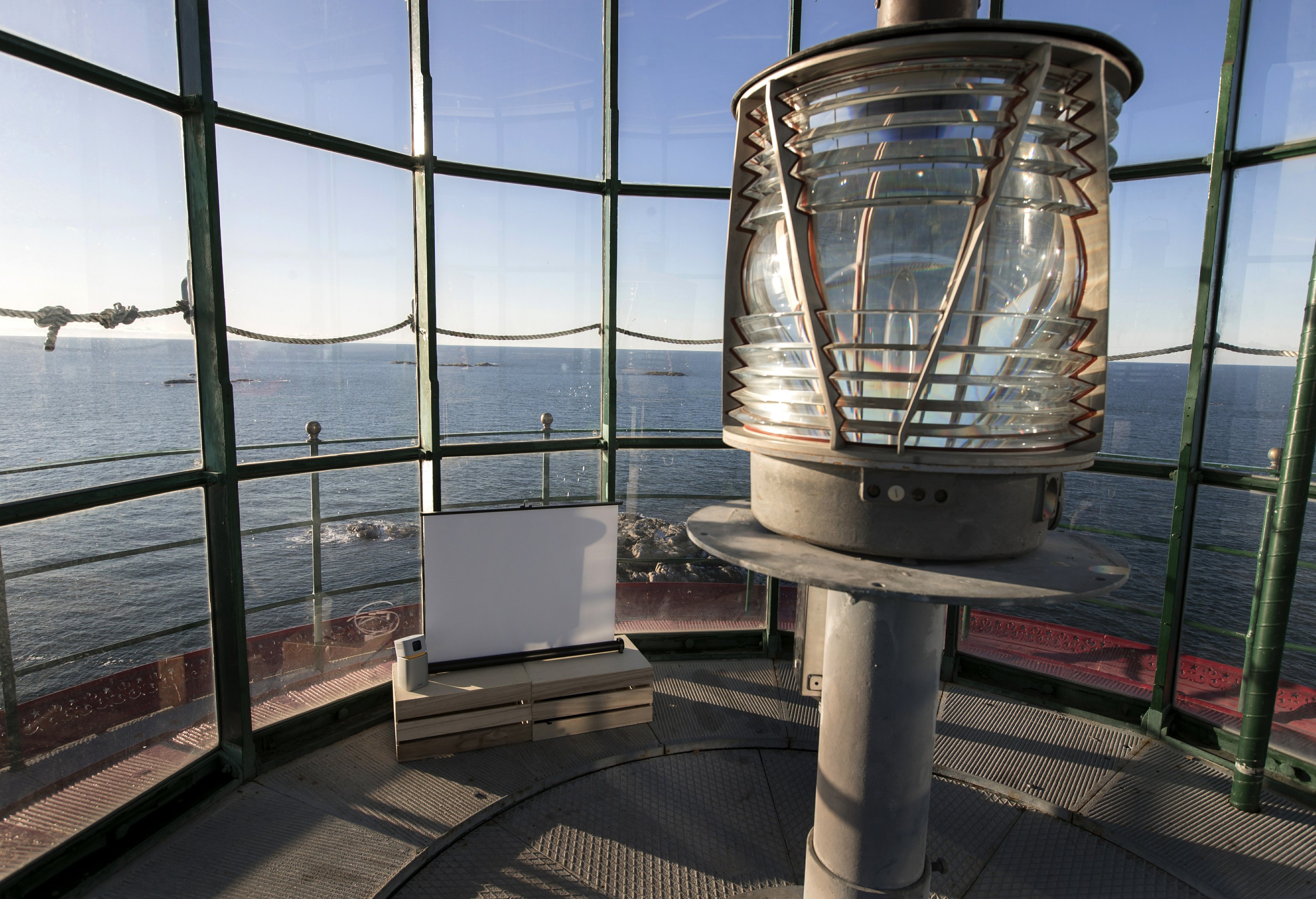 Swedish nurse wins a week of isolation, films amid pandemic

GOTEBORG, Sweden (AP) — Cinema in lockdown: Scandinavia’s largest film festival is exploring the social isolation resulting from COVID-19 by setting up a temporary cinema-for-one on a desolated island in the North Sea with the only companionship the...

Lisa Enroth was selected among 12,000 volunteers to spend a week on the island of Hamneskar at Pater Noster, a former lighthouse turned boutique hotel. An emergency ward nurse from Sweden with a passion for film, Lisa said the isolation would give her “time to reflect and be alone” after a busy year amid the COVID-19 pandemic.

Congratulations Miss Enroth! May your film festival be everything you hope for (and may all the films be at least watchable)!