Is it rude to refer to your doctor as "Doc"?

I was at the doctor’s office today.

The doctor comes into the room, gives me an examination, and as he was leaving the room, I say: “OK thanks doc”.

After he leaves, I notice the nurse that is still in the room has a smirk on her face. When I asked her what she was smiling about, she tells me: “He doesn’t like being called doc”.

Which I thought was weird, bc I use the phrase as a term of endearment.

My father (an M.D.) didn’t like being called “doc” either. Maybe some physicians think it’s too casual or lowers them to the level of a Bugs Bunny cartoon.

Can’t go wrong with “Your Lordship”.

I work with a lot of doctors. I call them all Doc. I refer to them as Dr So and So when speaking to their patients. If a doctor gets prissy about it, they need to build a bridge and get over it.

Worked with doctors for years. ‘Doc’ was one of the nicest things I called them.

As for my personal doctors, I’ll use ‘Doc’ as a nickname occasionally. Haven’t heard any complaints so far. 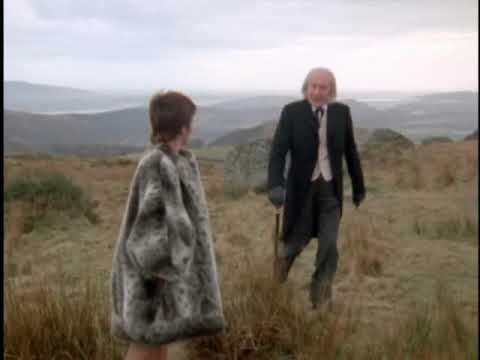 As for my personal doctors, I’ll use ‘Doc’ as a nickname occasionally. Haven’t heard any complaints so far.

That’s the thing though. I’ve never had any complaints either. I’m only aware the doctor was annoyed by it bc the nurse told me. The doctor kept it to himself. So I have no idea how many doctors I may have annoyed.

Maybe the “Doc” had issues with his staff getting too familiar with him. You on the other hand are the patient/customer and should have a relaxed repour with him.

I call my Doctor by Dr name or just Doctor. But if the conversation gets a off just being Doctor/Patient , then yes, I have used “Doc”. My Last Doctor asked me a lot of questions about going to Disneyland once, for example.

My Last Doctor asked me a lot of questions about going to Disneyland once, for example.

“If I meet that dwarf who wears glasses, what should I call him?”

I can understand that a Doctor wants to keep a professional atmosphere in his office and ‘Doctor’ is the proper form of address. The reason for this is to reassure the patients about the quality of care, not because ‘Doc’ thinks he’s too important to be addressed in a casual manner. So perhaps your doctor only gets annoyed when that nurse calls him ‘Doc’.

I’ve always just referred to them by either the way they introduce themselves to me, or how I overhear the staff referring to them. I never called my doctor “Doc” until I heard the nurses use it.

Not that I tend to need to use his name when we’re actually interacting. And now that he has someone else on staff, I do have to specify his name to be clear when talking to the staff. Still, I’m occasionally told that “Doc” will be in to see me after intake.

I make it pretty clear that I acknowledge my heath care providers’ expertise and the respect I have for them in so many ways, including the way I ask intelligent questions, follow their advice, and generally maintain pretty decent health. If a doctor feels all that is outweighed by the fact that I call them “Doc”, well, that’s a doctor I’d prefer not to see. I guess if a doctor is the sort who had a stick up their ass about this, I’d probably not have gotten into a relationship with them.

I’m reminded about my profession. A lot of people feel they are showing respect by use of certain words, when in fact, every other aspect of how they conduct themselves shows a clear lack of respect for me and the process.

I call my doctor “John”.

Personally, I would find it offensive.

I call my doctor by my first name, just as he uses mine. I’ve been seeing him for 30 years.

It annoys me to have a doctor insist on using the title while referring to me by my first name, but I am Fins to everyone personally and professionally. If I hear someone calling me Mr. ToTheLeft, I would be looking around for my late father.

I call my doctor by my first name

Your Docs name is Fins?

I always preferred “doc.” Short, sweet and just the right amount of doctor/patient familiarity. In my experience only the stick-up-the-assers, bottom of med school classers and alternative medicine docs have a problem with “doc.” They’re also the ones who also insist on being called “doctor” in social settings. Probably want their family to call them that, too.

Where I went to Med School, calling a fellow student “Doc” usually carried a mildly derogatory tone. So, I never liked being called that by a patient. But I wasn’t so bothered that I would ever tell the patient.

I ask my staff to use my first name, unless we’re in front of patients. But I’m significantly older than most of my staff, and apparently generate an aura of genial authority (or so they’ve told me) so they tend to use my title. I don’t mind being called Doc by them at all.

I think it’s important to be at least somewhat formal in the medical environment I practice in (a prison). I feel it promotes professionalism. Of course I expect my staff and myself to show that same formal respect to our patients, despite/especially with them being in disgrace with fortune and in men’s eyes.