A database of former and current Federal inmates is available on the website of the Federal Bureau of Prisons:

Out of curiosity, I searched for John Doe (first name John, last name Doe). Somewhat surprisingly, there are no less than 123 hits.

What’s the reason for this? Is John Doe actually a name which is not as uncommon as one might expect? Are there Federal inmates whose identity isn’t known? Or has this to do with witness protection?

Maybe it’s prisoners who have refused to identify themselves and don’t have prints in the system.

‘John Doe’ is a traditional placeholder name that goes back to the Middle Ages.

Some months ago I was giving back up to an officer that arrested a guy named John Doe. Had it on his drivers license and everything and stated that was in fact his birth name.

I came across a woman once whose name was Jayne Doe. And my brother dated a girl many years ago name Jane Deau (pronounced Doe).

‘John Doe’ is a traditional placeholder name that goes back to the Middle Ages.

This is the point. It (and “Richard Roe”) were used in court cases where the defendant’s name was unknown. It wasn’t chosen because it was common; otherwise you’d be arresting dozens of innocents (e.g., if you used “John Smith” for this).

What’s the reason for this? Is John Doe actually a name which is not as uncommon as one might expect? Are there Federal inmates whose identity isn’t known? Or has this to do with witness protection?

It must be a placeholder. Doe is not that common of a name. According to the census, it ranks #2834 among US surnames, between Edgar and Harkins. They report 11,600 people in the US with that name.

Compare that to the #1 name on the list, Smith, a name owned by 2.38 million Americans. When you search on “John Smith” at the BOP website, you get 181 matches.

It appears to be standard operating procedure to book unknowns under the name John Doe: 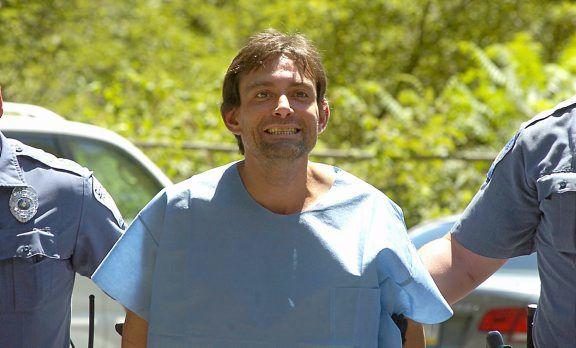 The "John Doe" suspect arrested for walking naked through Dallas Township and breaking into a home has been identified.

Making some huge simplifying assumptions, which are probably not valid (i.e., last name and first name are independent), from 1990 census data, it appears that there should have been around 230 men by the name of “John Doe” at the time.

The assumption of independence would imply that this estimate is likely too low (there will be a weak correlation between first and last names, e.g., I would expect someone with a last name of “Smith” to be more likely to have a first name of “Larry” than of “Jose”, even though they were about equally prevalent among the population). However, it’s hard to say how any given Doe family will react about naming a new child. Some would certainly shy away from “John”, but others would react in a contrary fashion. I’m not prepared to say how that would affect the numbers, but I will say with a fair amount of confidence that the OP’s search isn’t finding many, if any, people with the given name of “John Doe.”

That is, unless you’re prepared to believe that anyone with that name will consequently take up a life of crime.