Is Spanish widely spoken in the Brazilian Amazon?

I’ve been watching the excellent BBC series Amazon with Bruce Parry, and I’ve noticed that quite a few of the locals he meets in Brazil seem to speak Spanish, or sometimes a mixture of Spanish and Portuguese. (Some of the tribes also speak native languages, obviously.)

My question is, is Spanish actually widely spoken as a first language in the Brazilian Amazon, or is it more likely to be just because Bruce speaks more Spanish than Portuguese? I thought the latter seemed more likely, but I’m sure I heard locals speaking Spanish to each other as well.

The Amazon had many Spanish and Portuguese settlers. I believe it’s a Spanish Portuguese mix that spread.

Jules Verne wrote Eight Hundred Leagues on the Amazon, which you might find a good read. He liked to expound in detail products, flora, and fauna of an area in his stories. In this book he also explains some of the settlement of that region, and the mixes of people that resulted. Just remember he wasn’t always right, but in general can give a good snapshot, while writing a fictional story. 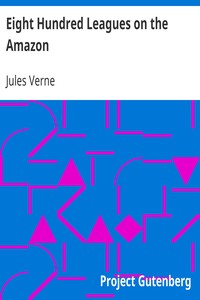 Eight Hundred Leagues on the Amazon by Jules Verne

Interesting, thanks. (BTW just in case I didn’t make it clear with the OP, I meant I found it surprising that people were speaking Spanish rather than Portuguese.)

I have never encountered any Brazilian who did not speak Portuguese as their first language. On the other hand, I have never been near the frontiers in the Amazon.

My experience in the Venezuelan Amazon is that most people speak neither Spanish nor Portuguese. In every village there would be a handful of people who spoke some Spanish or Portuguese in about equal proportions. I don’t speak Portuguese so I can’t rank their skill, but their Spanish was very Portuguese influenced.

Interesting, thanks. (BTW just in case I didn’t make it clear with the OP, I meant I found it surprising that people were speaking Spanish rather than Portuguese.)

It wasn’t clear. I thought you expected some tribal dialect.