Is the universe old or young?

Obviously the answer to this question is “We don’t know”. But where’s the fun in that?!
We may as well speculate.

The universe is old
The formation of new galaxies peaked billions of years ago. And star formation seems to have peaked before that. Our own galaxy only mints a handful of new stars a year. Pathetic!
The universe has been through a number of stages that it will never return to e.g. we’re stuck with atoms now, the conditions for splitting atoms on a universal scale will never come back.
And although the observable universe is still growing, AIUI we’re close to the point where more galaxies will be slipping beyond our horizon (thanks to dark energy) than entering into it (this is a hard thing to google though, so I’m not sure).
So in many ways we’re seeing a more lush universe than anyone will see again…

The universe is young
Old?! Come on, not one red dwarf has fizzled out yet – that’s tens of billions of years away and the smallest red dwarfs will be around for about 10 trillion years. And with regards to dark energy, don’t forget that we have no idea what it is, so any extrapolated end state should be viewed with an appropriate helping of salt.
And, we now know black holes eventually yield back all their energy / matter in the form of Hawking radiation. Yes, it’s on absurd time scales, but that’s exactly the point. The universe is a fan of big numbers. Septillions of stars. Yottameters in any direction. Did we really think the lifespan would be mere billions?

My opinion
I tend to think that the universe is young, but things like the formation of main sequence stars may be just a feature of this period of its infancy.

Assuming no metaphysical reality, and everything is just spacetime and matter, where do the moral concerns regarding suffering and pain come from?
wolfpup April 23, 2022, 10:32pm #2

I concur with “young”, in the sense that 13.8 billion years is only a tiny fraction of the time until whatever the end state is. That’s not a philosophical viewpoint, but simply an extrapolation from the longevity of smaller stars, the amount of matter still accreting in star formation, and the fact that most stars are in fact small and long-lived. Most current predictions for the lifespan of the universe as we know it are in the range of trillions of years.

Most current predictions for the lifespan of the universe as we know it are in the range of trillions of years.

Which is slightly understating it. A 1 followed by 500 zeros years should be just the opening moment of the beginning of the universe.

The real answer is that no one knows, but based on evidence of star formation, probably a really long time, relative to the time span of the solar system. Yet there are oddball competing hypotheses:

And that’s after all the stars have died out.

The real answer is that no one knows, but based on evidence of star formation

What does that have to do with it? The universe will still be the universe even if there is nothing left but photons and neutrinos.

The real answer is that no one knows, but based on evidence of star formation, probably a really long time, relative to the time span of the solar system.

The video below (great YouTube channel) suggests we have several trillion years (less than ten trillion but they do not have a firm number) until the last red dwarf star fizzles out.

After that it will all be black holes and the cold cinders of old stars. 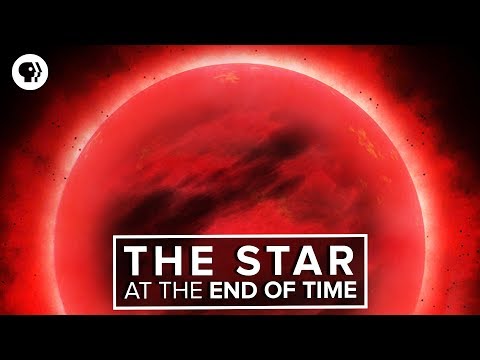 IIRC our solar system is part of the first generation of solar systems that could support life. Our sun is a third generation star. Prior to this there were not enough heavy elements synthesized to make a solar system like ours.

So, in that respect, we’re about as early as it can get for a life-bearing planet (certainly others may have beat us by a billion years but we are still in that first generation). IOW: We are made from second generation stars.

Young. 14 billion years isn’t that old considering how old the universe is going to end up being. Stars will exist for trillions of more years, dwarf stars could exist for quadrillions of more years. then you have endless years of black holes after that. Even the timelines for things like black holes, proton decay, etc are microscopic compared to the timelines for boltzmann brains Timeline of the far future

While the future cannot be predicted with certainty, present understanding in various scientific fields allows for the prediction of some far-future events, if only in the broadest outline. These fields include astrophysics, which studies how planets and stars form, interact, and die; particle physics, which has revealed how matter behaves at the smallest scales; evolutionary biology, which predicts how life will evolve over time; plate tectonics, which shows how continents shift over mille T...

The formation of new galaxies peaked billions of years ago. And star formation seems to have peaked before that. Our own galaxy only mints a handful of new stars a year. Pathetic!

Isn’t that a little like looking at a ten year old who has just filled in all their adult teeth and calling them old?

All this light and element building stuff is part of the Big Bang explosion. It will all settle out soon enough. Enjoy your brief time in the baryonic universe.

The universe came into existence 3 days ago.

Here is an answer to this question by Freeman Dyson, which suggests that intelligent thought could continue into far future of the cosmos.
Time Without End: Physics and Biology in an Open Universe
http://www.aleph.se/Trans/Global/Omega/dyson.txt

This essay suggests that the universe is still very young, but also that conscious experience will slow down in the deep future because of the meagre resources available.

Obviously the answer to this question is “We don’t know”.

The answer is “Yes”.

The answer is “Yes”.

Not necessarily. The universe might be neither young nor old; it might be 35 years old, and just starting to find it doesn’t like new pop music.

This is basically a squirrel argument.

Answer: It depends what you mean by ‘old’ and ‘young’.

In number of years, it’s very young: It will continue in much the same form as it is now, for many times longer than it’s existed so far.

But it’s perhaps more instructive to look at eras. The Universe started in the inflationary era, followed by the radiant era, the nuclear era, the recombination era, the coalescence era, to now, the stellar era. After the stellar era, so far as we can tell, will come only two more: The remnant era, when the stars have all died and are nothing but dead, cooling dwarfs and black holes; and the neutrino era, after the protons in the dwarfs decay and the black holes evaporate. And then that’s it. Nothing more happens after the neutrino era. By that standard, we’re most of the way through.

If there was something that could be called “life” or “sapience” in the earlier eras, and I’d be willing to bet there was, it probably would have considered the “end of the Universe” to be billions of years ago.

Either way, the vast majority of those years will be very dull compared to what he have now (see cite above).

If there was something that could be called “life” or “sapience” in the earlier eras, and I’d be willing to bet there was, it probably would have considered the “end of the Universe” to be billions of years ago.

One of the reasons why I have doubts about the “very long boredom” projections of the universe is that, for a physicist who only studied the universe in the era when the universe was too hot for nuclei to form, the idea that atoms could form (much less molecules, chemistry, and biology) would seem to be very obscure, depending on very subtle forces that would (for them) only become important at very low energies.

I could imagine that there’s a whole set of phenomena that are subtle enough for us to not notice right now that become important if the the CMB drops below 0.01K and those photons stop disrupting them from happening, and we get new “interesting” era after this one.