Is the World Cup still the pinnacle of football?

Inspired by this post. I have heard it argued many times that with the mobility of footballers to top clubs, that the Champions league is now the real ultimate prize in football. Certainly it was said of Gareth Bale (an absentee at Brazil2014) over the Champions League final.

*Possibly a bad example since they are in essence the same team.

Thanks for the bleeding obvious.:rolleyes:
But, is the quality of play at top international level still the pinnacle of the sport?

I think the big difference is whether you think money or culture is more important. The Champions League and even more so the Club World Cup is a demonstration of the best money can generate in football. The World Cup is a demonstration of what the best each nation can generate in football. One of the things that makes Germany so fun to watch is that the sum is greater than the parts. Sure, if you have unlimited cash and can afford to woo the best of the best, you can have a team like Real Madrid, but if you don’t spend that kind of money, you can get some pretty great soccer with 11 players who wouldn’t necessarily demand the same kind of money as a team full of superstars.

In general, I’d rather watch national teams compete at the top level than club teams unless I have ties to the club team such as being my home town or having players from my home town/country, or just players I admire for other reasons such as attitude, charitable acts, etc. If I lived in Madrid, I might feel differently, but then again my home team is the SEATTLE SOUNDERS so I’m pretty partial to them anyway… though since the Sounders have about 6 players who are local kids, there’s a lot of that cultural connection there too.

The top current club sides would wallop Germany or Argentina, for obvious reasons. I guess I should say IMHO, as it is a total hypothetical, but this seems clear as a bell to me.
So no, it is not a pinnacle of world football in the pure sense of football quality or endeavour (although maybe it was closer to being so in days gone by).

As an event, though, it clearly is a pinnacle of some description. I mean it has enormous impact and resonance throughout football - nothing matches it as a stage for performance. Taken very seriously by the vast majority of players for this reason.

Personally I’m not that arsed about it, so don’t really feel its pinnaclosity. I’d rather see Everton win a corner than England win the world cup.

Ok, I think given the choice most players would take a world cup trophy over a champions league trophy.

Interestingly enough, Nate Silver evaluated the claim as to whether the best club teams are better than the best national teams (and interestingly, this is the second time in the last few days I’ve linked to a Nate Silver article on soccer on the SDMB). 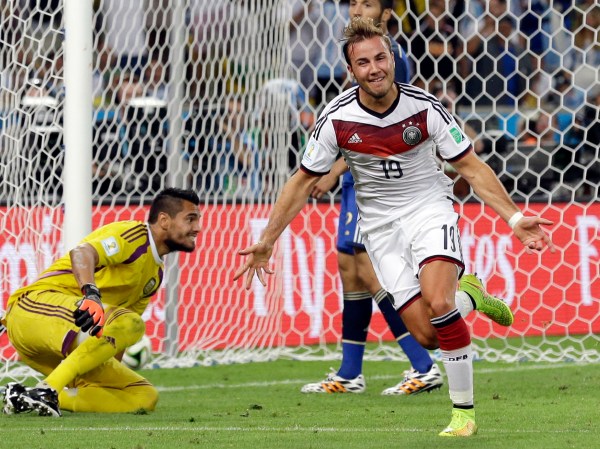 Could the World Cup Champion Beat the Best Club Team in the World?

If we aggregate these ratings for an entire roster, weighting by the number of minutes each player was on the pitch,2 we can derive an SPI-like number to describe the amount of talent on any team, whether it plays for club or country.3 And according to these numbers,4 the three best club teams in the world — Real Madrid, FC Barcelona and Bayern Munich — are a cut above the best national teams. But, in turn, the four most talented national teams — Brazil,5 Argentina, Germany and Spain — are solidly better than the next tier of club teams, a group that includes Manchester City, Paris Saint-Germain and the Champions League runners-up, Atletico Madrid.

But aside from that top tier, national teams just can’t keep up with their counterparts on the club side. According to both the SPI talent ratings and the Transfermarkt valuations, there are about 10 or so national sides capable of contending with the top 10 club teams in the world. After that, the supply of strong national squads quickly starts to dry up. Based on the SPI estimates, the 15th-best national team in the world (Ivory Coast) would have just a 40 percent chance of beating the 15th-best club team (Benfica of Portugal’s Primeira Liga), and only a 21 percent probability of beating Real Madrid. According to SPI’s player ratings, 33 of the 50 most talented teams in the world are club teams.

Though, I’d say the World Cup is still the pinnacle, mostly because of all the symbolism tied up in country playing country. It matters a bit more to the players and the fans.

Spain is mostly Barcelona and Real Madrid and most of Germanys players on sunday were from Byeren Munich.

Except for Italy in 2006, every World Cup winner that I have seen (since 1990) has had players who were leading members of the World best club teams.

My understanding (as an ugly American) is that if you asked fans or players whether they’d prefer to win a League, UEFA or World Cup championship, it would be near unanimous for the World Cup. Though if you had them rank the relative value, UEFA would be at least within shouting distance of the World Cup (as opposed to 20-30 years ago, when the World Cup was the only thing at all at the top). My completely uninformed guess is that players might care slightly more about winning UEFA (though still preferring WC) compared to fans.

As far as overall quality, Silver’s numbers seem about right to me: the top 5 or so club teams have roughly similar talent to the top 5 or so national teams, but the clubs get much more practice and playing time together, so should generally do better on the field. And below that top tier, I’d expect that the national teams would have top talent on the same level as clubs but start showing holes and weak links that the 20th-5th best club teams wouldn’t have.

My view is that the Champions League is the pinnacle of soccer as technical prowess goes, but the World Cup is the pinnacle of soccer as a dramatic event. Only occurs every four years, a compressed schedule, clashes of cultures, renewal of old rivalries, a safe outlet for effusive national pride, the attention of the world. It will take some time for Champions League to overshadow all of that, if ever. Not sure it even can with the way it is run now (nothing against it, but interspersing it with domestic league games just doesn’t give it the focus it would need).

I agree with the prevailing opinion in the thread. It’s also possible to make the argument that the World Cup is the most prestigious trophy precisely because it is harder to assemble a good squad who all happen to be of the same nationality than it is to assemble a top club squad. With national sides, it isn’t possible to directly buy in talent. Plus the fact that national sides only get to train together for a few days a year, whereas club sides train together all the time.

I think a match between the German national team and Real Madrid of two months ago would be a toss-up.

As the writer of the post mentioned in the OP, I will say that I still enjoy the World Cup more than the Champions League. The World Cup has more romance about it - someone said in the Brazil 2014 thread that the WC has that Olympics-like festival atmosphere which the more businesslike CL doesn’t. But for purists I think that the CL and some of the other big club tournaments have the better football.

Is that because of inherently better quality, or because of massive burn out coming at the tail end if a season.

Club teams play together all year round, national teams much less often. It’s a team sport, remember, just having the best players doesn’t matter as much. So I expect that most top club sides have always been better than their national teams. Also, mobility of players isn’t that new. Real Madrid had di Stefano and Puskas in the 50s, they were probably better than the national teams around then.

The top club teams have been better than international sides for a long time now, its nothing new. I remember as a teenager realising that the Manchester United team of Keane, Giggs, Scholes and Beckham would probably trounce the England side should they play, it really put international football into a little perspective for me.

France have Benzema, Portugal have Ronaldo, Argentina have Di Maria, Croatia have Modric, Spain have Alonso, Germany have Khedira and Real Madrid have all of them!

The Barcelona side was basically the dominant Spanish players plus the likes of Messi, Alves and Ibrahimovic.

The Germans? Basically the Bayern Munich side except that Bayern also have Robben, Ribery, Martinez and Shaquiri.

Germany aside the world cup showed how most of the top sides are actually quite limited right now, any of the top club sides would have dominated that tournament. The difference is that the club sides can address their weaknesses, whereas the international sides have to make do.

Was Sami Khedira the only player this year to double with both a World Cup and a Champions League trophy? He was dinged for much of the regular season but that’s pretty nice to have on one’s resume.