Is there a SCIF on Air Force One?

If the President wants to look at something very secret on his plane, do we know if there is a special secure room built into the plane?

While not about AF1 specifically (though it is mentioned), this article states:

“Even vehicles can be designed to SCIF standards and containerized war rooms that can be quickly re-deployed around a theatre of combat exist so that commanders can plan battles under high-security. When heads of state travel abroad, tiny modular SCIFs are erected inside hotel rooms to keep spying governments from obtaining critical information.”

I’d imagine that information is not freely available, but I would presume the answer to your question is “yes.” It’s possible most or even the entire aircraft is a SCIF. 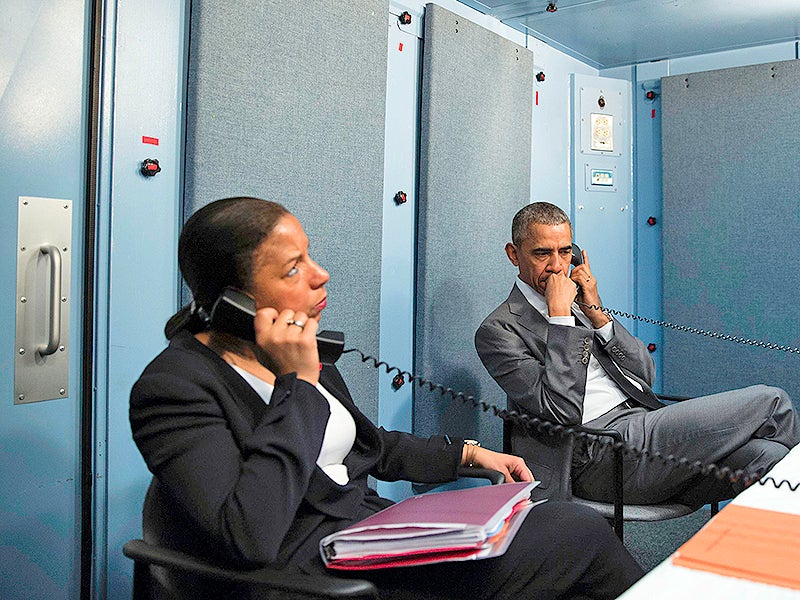 It’s like the real world version of Agent Smart’s “Cone Of Silence.”

It’s possible most or even the entire aircraft is a SCIF.

AF1 is specifically mentioned in the article which suggests, to me, it has a SCIF. I doubt the entire airplane is, though. Journalists and probably other non-clearanced people also routinely fly with the President.

so that commanders can plan battles under high-security.

Is that what you meant to link to?

No, that was embedded in the quote. Didn’t notice it was in there. I’ve flagged it for removal.