Is there such a thing as rich people toilet paper

Rich people have their own versions of a lot of things. I’m wondering if there is a super high quality toilet paper that rich people (or at the very least, upper middle class people) buy.

Looking online, supposedly there are 3 or 4 ply quilted TP that is higher quality, but I don’t think I’ve ever seen it in stores. Either I never looked for it or the stores I visit don’t carry it. Maybe I shouldn’t buy TP at the gas station across the street from the welfare office.

Like this stuff, I’ve never seen it in stores. 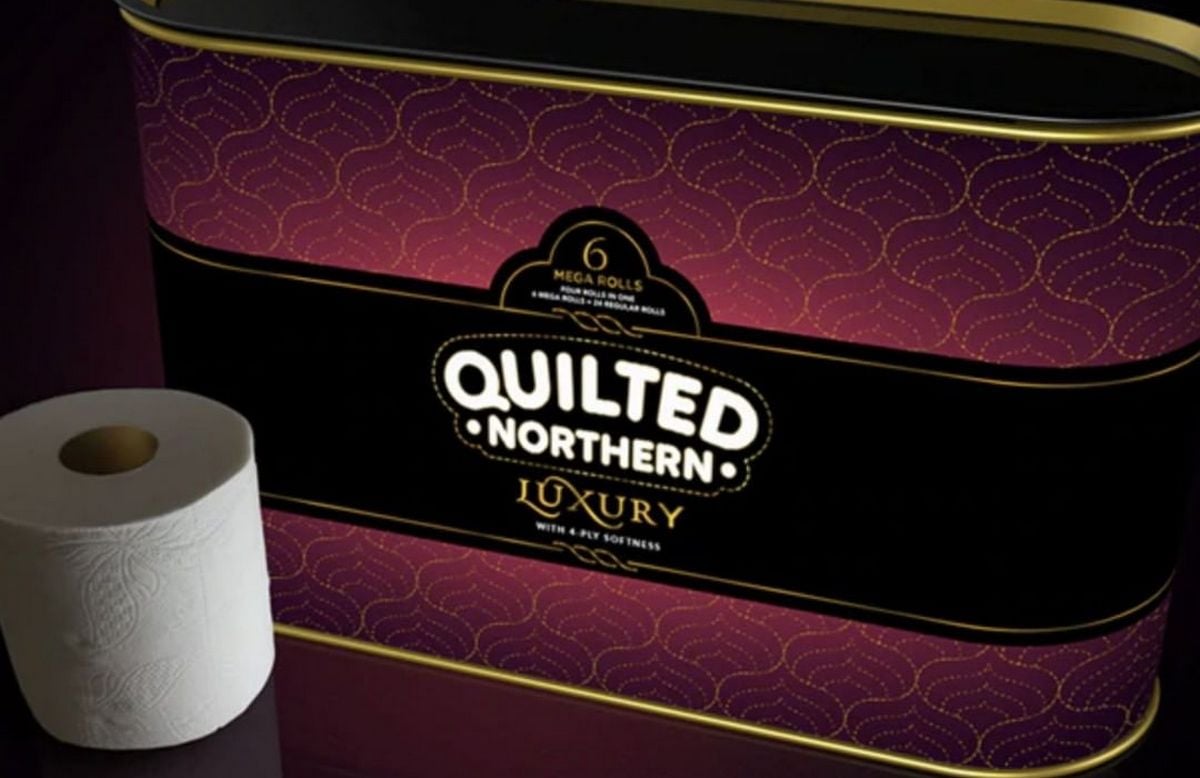 This ludicrously priced 4-ply toilet paper is the ultimate luxury for your...

Those with a penchant for luxury can sometimes go a little too far as did the makers of a brand-new toilet paper at Quilted Northern Luxury. The new

If you build it, they will come. Fancy “toilet paper” in the U.S. isn’t toilet paper at all. It is a bidet or smart toilet.

If you build it, they will come. Fancy “toilet paper” in the U.S. isn’t toilet paper at all. It is a bidet or smart toilet.

Glad to see you back.

I’m not so much talking about artisanal toilet paper as much as toilet paper that is extremely high quality. Very soft, absorbant and rip proof.

I’ve considered a bidet, but for whatever reason I’ve always worried about it causing a water leak.

I love my bidet
bidet dreams

I’m sure that there are lots of things that you could make out of rich people.

There’s bamboo toilet paper. It’s pricey. Not sure if it’s any better. (:))

The really rich don’t use paper. They use 500-thread-count satin, velvet, or silk. And they have servants to wipe for them.

The really rich don’t use paper. They use 500-thread-count satin, velvet, or silk. And they have servants to wipe for them.

I only have 300 thread count satin.

I thought rich people wiped themselves with twenties.

Depends on whether you wipe with the grain or against the grain of feathers.

Also, men especially, make sure the goose is right-side up and facing backwards.
~VOW

Well, I have experienced really high quality toilet paper but I’ve not found it in the U.S. I have looked. I’ve run across the stuff several times times in France. Even us women really only need one or two squares. But I do wonder how their sewer and septic systems handle the stuff.

(As an aside: I’ve also experienced stretchy toilet paper. In the portaloo at the Long Beach Grand Prix, the paper they use has stretch. They’re so doggone bodycon that even the loo role has spandex. :D)

“Once I did wipe me with a gentlewoman’s velvet mask, and found it to be good; for the softness of the silk was very voluptuous and pleasant to my fundament. Another time with one of their hoods, and in like manner that was comfortable; at another time with a lady’s neckerchief, and after that some ear-pieces made of crimson satin; but there was such a number of golden spangles in them that they fetched away all the skin off my tail with a vengeance. This hurt I cured by wiping myself with a page’s cap, garnished with a feather after the Swiss fashion. Afterwards, in dunging behind a bush, I found a March-cat, and with it daubed my breech, but her claws were so sharp that they grievously exulcerated my perineum. Of this I recovered the next morning thereafter, by wiping myself with my mother’s gloves, of a most excellent perfume of Arabia. [He continues in this vein for several pages.] But to conclude, I say and maintain that of all arse-wisps, bum-fodders, tail-napkins, bung-hole-cleansers and wipe-breeches, there is none in this world comparable to the neck of a goose, that is well downed, if you hold her head betwixt your legs: and believe me therein upon mine honour; for you will thereby feel in your nockhole a most wonderful pleasure, both in regard of the softness of the said down, and of the temperate heat of the goose; which is easily communicated to the bumgut and the rest of the intestines, insofar as to come even to the regions of the heart and brains. And think not that the felicity of the heroes and demigods, in the Elysian fields, consisteth either in their Ambrosia or Nectar, but in this, that they wipe their tails with the necks of geese.”

I thought rich people wiped themselves with twenties.

There’s rich, and then there’s super-rich.

There’s rich, and then there’s super-rich.

If by some crazed, misguided chance Chump ever gets his mug on a bill, I’ll be using that to wipe my ass.