Is there such thing as "all star professional heist crews" in real life?

This list of examples in film is endless: Baby Driver, The Town, Oceans Eleven, Heat, The Usual Suspects, Reservoir Dogs, Point Break, The Italian Job, all the Fast & Furious films. So on and so forth.

Basically, the premise is you have this crew of criminals pulling off bank heists. Their legendary status in the criminal underworld is almost matched by their ability to evade law enforcement. They are cool, stylish, well-funded, often well armed. Their MO may range from violent smash and grabs in matching masks and automatic weapons to elaborate plans so complex, you aren’t even sure they were ever there.

Often they may employ a “wheel man” (often an independent) with an almost supernatural command of his vehicle.
Does this have any basis in real life? Sure, you had Bonney & Clyde and various outlaw bands from the Old West and Prohibition eras. You had a few one-offs like D.B. Cooper that were never solved. But in modern times, with helicopters, cameras, forensics, DNA, has there ever been such a thing as a “hot shot crew” running sophisticated serial heists who evaded law enforcement for a significant amount of time?

Depends on what you call “significant”.

These guys got away with 53 robberies over two years in the mid-Nineties, getting caught because they put out a rap CD which described one of the robberies.

I recall hearing about an ex-cop and some of his relatives pulling a long string of bank robberies; the ex-cop got caught through his unique shooting stance and forensic evidence of his checkered coat. They also started getting sloppy, using their own vehicles instead of stolen ones.

ISTR another group of bank robbers some 20 years ago, IIRC headed by a real estate agent. Like the ex-cop and his relatives, they got sloppy and started using their own vehicles.

I know the ex-cop’s crew was profiled in an episode of “Forensic Files”, being an early case of forensic textile evidence; pretty sure the third one was on “Forensic Files” as well.

Brazilian police have foiled an audacious plot to steal £250m ($331m) from a bank in São Paulo via a 500-metre underground tunnel complete with electric lighting and a ventilation system. 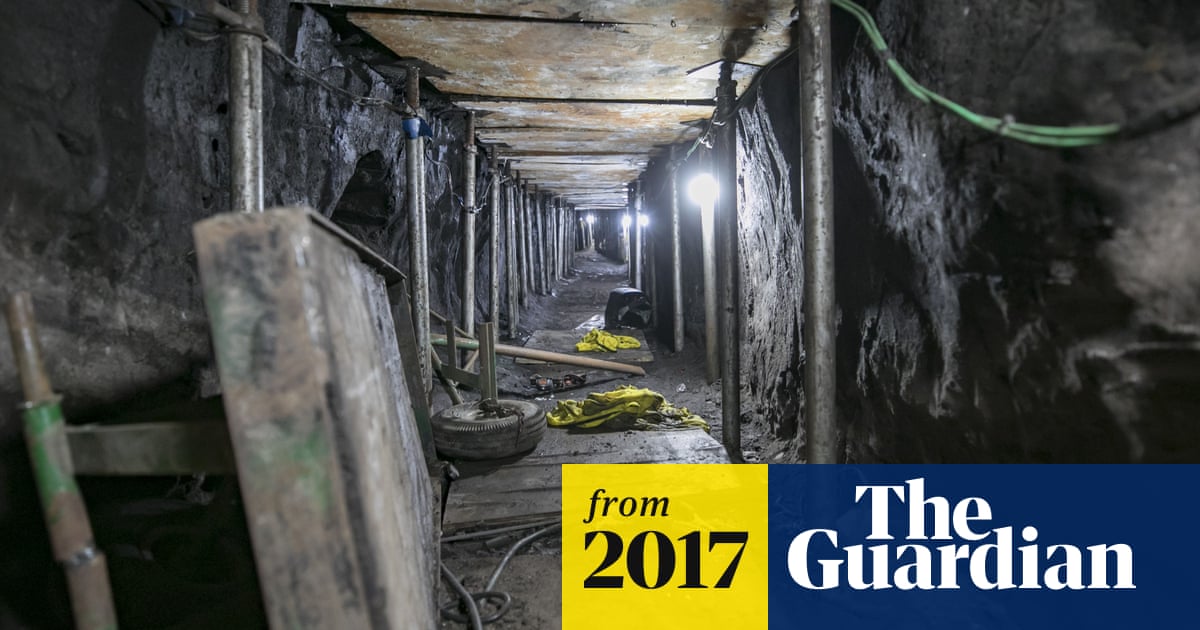 The Antwerp diamond heist, dubbed the “heist of the century”, was up to that point one of the largest diamond heists in history. The thieves stole loose diamonds, gold, and other jewellery valued at more than $100 million.

The Antwerp diamond heist, dubbed the "heist of the century", was one of the largest robberies in history. Thieves stole loose diamonds, gold, silver and other type of jewelry valued at more than $100 million. It took place in Antwerp, Belgium, during the weekend of 15–16 February 2003. Though arrests were made and time was served, most of the diamonds stolen remain unrecovered.[citation needed] The vault that housed the diamonds is situated two floors below the main floor. It was protected by m...

Named after The Pink Panther series of crime comedy films, Pink Panthers is the name given by Interpol to an international jewel thief network, composed of Serbs from Serbia, Montenegro, Croatia and Bosnia, which is responsible for some of the most audacious thefts in criminal history. They are responsible for what have been termed some of the most glamorous heists ever, and one criminologist even described their crimes as “artistry”.

In 2003, the gang first came to attention and earned the nickname “Pink Panthers” following the theft of a £500,000 diamond from a jewellers in the Mayfair area of central London in the United Kingdom.[1] The thieves hid the diamond in a jar of face cream, mimicking an act seen in the film The Return of the Pink Panther…

Before robbing a jewellery store in Biarritz, the gang covered a nearby bench in fresh paint to deter anyone from sitting on it and seeing them in action…

The gang is also known for its daring escapes and attempts to break into their chosen store. They robbed a jewellery store in Saint-Tropez in 2005 wearing T-shirts emblazoned with flowery designs then made their escape on a speedboat…

In a further robbery, four gang members dressed themselves up as women in December 2008 before breaking into France’s Harry Winston jewellers in Paris…

It’s fair to note that there have been several arrests of group members; it is also true that many of these have escaped from prison in more or less daring fashion:

Both were arrested and led the police to the arrest of the third person, a 43-year-old Serbian female, Olivera Vasić Ćirković.[20] On 12 July 2012 Olivera escaped from Athens’ prison by knocking out a guard and stealing her keys.[citation needed]…

On 14 May 2013, a member of the gang escaped from the “Bois-Mermet” prison in Lausanne, Switzerland. He has not yet been caught. He escaped with the help of three outside accomplices who meticulously prepared the operation…

On 25 July 2013, Milan Poparić, who was serving a sentence of almost seven years for a 2009 robbery at a jewellery store, was the third Pink Panther to escape from a Swiss prison since May 2013. Also escaping was Swiss kidnapper, arsonist and money launderer Adrian Albrecht. They were helped out of the prison at Orbe, in western Switzerland, by accomplices who broke through the perimeter fence and brought ladders for the escapees while keeping the prison guards at bay with fire from AK-47s.

Based on the admiring tone of this wiki entry, combined with some of the detailed but uncited claims, you can’t help but feel that at least part of it was written by the Pink Panthers themselves.

I guess the question (in relation to the OP) is whether these heists were a group of guys who decided “Let’s go steal the diamonds” and crafted an excellent plan or if there was some guy saying “Ok, so Joe is a master of disguise, Frank can pick any lock in five seconds, Jane is unmatched in security hacking…” and assembling a Super Crew out of criminal celebrities.

I’ll note, since it was mentioned in the OP, that the crew portrayed in Heat was based on real people.

The podcast Crimetown about the mafia in Providence, Rhode Island had an interview with a Mafia connected burglar who ran a crew like that- alarm guy, driver, plasma cutter guy, etc. They did quite well for themselves for a while, but in an act of hilarious incompetence, when he realized he was being watched from a nearby apartment, he called his partner, who advised him to discreetly pack up any evidence and dispose of it. Apparently he never considered that if the cops suspected him enough to set up a stakeout, the phones would be tapped, too.

The ex-cop’s crew mentioned above was this type. They initially stole cars for their robberies then abandoned them some distance away and avoided capture for so long due to their knowledge of police procedures. None of them expected one to be identified by his unique stance - a combination of an older stance and a newer one - his coat pockets and a hole in a sleeve.

Eh, using your own vehicle might be bad, but it only becomes a real problem if you have the horn customized to play “La Cucuraca”.

The ex-cop’s coat was found because a witness saw his truck in conjunction with a robbery and had the presence of mind to write down the tag number. The coat led investigators to check CCTV footage to see if it’s the same coat and if they could match the coat’s owner to the guy wearing it.

The hole in the wall gang in Nevada maybe counts. They were shown a little bit in the movie ‘casino’. I believe they had a cop working with them too.

But I don’t know if they were internationally talented or not. But they pulled off a lot of big robberies.

I learned about this group from another sdmb thread:

The Brabant killers, also named the Nijvel Gang in Dutch-speaking media (Dutch: De Bende van Nijvel), and the mad killers of Brabant in French-speaking media (French: Les Tueurs fous du Brabant), are believed to be responsible for a series of violent attacks that mainly occurred in the Belgian province of Brabant between 1982 and 1985. A total of 28 people died and 22 were injured. The actions of the gang, believed to consist of a core of three men, made it Belgium's most notorious unsolved crime...

The Brabant gang were a criminal group of three men who committed robberies and murders in the 1980s. Some of the details are rather weird.

Not sure if this qualifies, but thieves just stole the Swedish crown jewels, escaped via boat, and are still at large.

20 years ago, two banks robbers carrying automatic rifles and clad in body armor, possibly inspired by the movie Heat, tried to shoot their way past police in what became known as the North Hollywood shootout. Of course even having outgunned the police at the time, there was never any way the city of Los Angeles would run out of cops before they ran out of bullets.

20 years ago, two banks robbers carrying automatic rifles and clad in body armor, possibly inspired by the movie Heat, tried to shoot their way past police in what became known as the North Hollywood shootout. Of course even having outgunned the police at the time, there was never any way the city of Los Angeles would run out of cops before they ran out of bullets.

the gun battle lasted about 45 minutes, an estimated 1600 rounds were fired. 1000 by the robbers and 600 by police. 18 people were injured in addition to the 2 robbers who were killed.

Interesting but doesn’t really fit the OP’s “crew of criminals pulling off heists”.

the gun battle lasted about 45 minutes, an estimated 1600 rounds were fired. 1000 by the robbers and 600 by police. 18 people were injured in addition to the 2 robbers who were killed.

Right–that was hardly an “all-star” gang. They were just trying to use sheer force, and even then it didn’t work.