It was the third of June, another sleepy, dusty Delta day

We haven’t done this one in a while.

I was out choppin’ cotton, and my brother was balin’ hay

I made sure that this was one of the songs I sent to my 9-year-old nephew last year. Wouldn’t want the younger generations to miss out.

It’s been 55 years. You think the narrator has come to terms with it by now? Did she ever marry? Hope it wasn’t to some preacher son or a closeted gay guy. Maybe she moved to the big city. Got a good job, forgot all about the close mindedness of small town Mississippi.

There was a coronavirus going ‘round, papa caught it and he died last spring

In our daily morning Teams meeting I wished everyone Happy Billy Joe MacAllister day. The only person who got the reference is an old timer like me.

I went out to chop cotton, then I realized I live in the suburbs and don’t grow cotton.

I was going to contribute a long, fascinating post, but I’m afraid I don’t have the time right now. There’s five more acres in the lower forty I’ve got to plow.

As much as I have always loved this song, seeing this performance from The Andy Williams Show brought just a bit more richness to it for me (1971 - 5m19s): 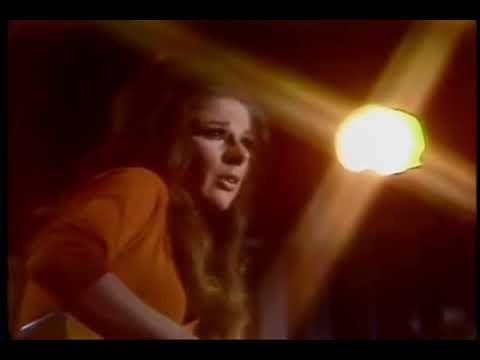 ETA on those biscuits, please?

The picture show down to Carroll County closed. It’s a Starbucks now.

ETA on those biscuits, please?

And me, I spend a lot of time taking those hard biscuits up to Choctaw Ridge. And drop them into the muddy water off the Tallahatchie Bridge.

Guess mama learned how to cook from Ellie May.

I wonder how the frog is doing.

And Mama said to me, "child, what’s happened to your appetite? "

I find myself longing for a bridge these days. Closest one here, you might sprain your ankle.

The song is in the key of Gee, I wonder what they threw off the bridge.

Nice, that was an actual live version. So many TV performances of that era were just lip synced to the studio version.

Ages ago I read an article that stated the original version of the song had many more verses, which were left out when she got to the studio to record it on an album. When the Napster era started, I occasionally searched for longer versions she might have performed live, never found one.

…key of Gee, I wonder what they threw off the bridge.

I’ve always thought that was obvious. Am I the only one?