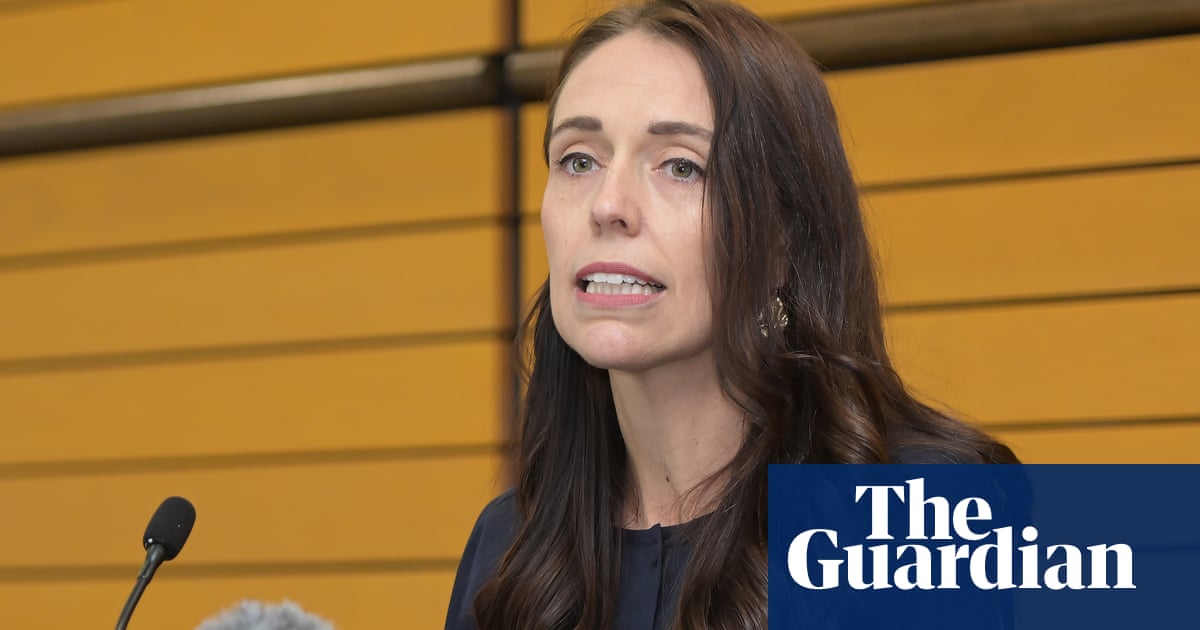 Labour leader will stand down no later than 7 February, saying she ‘no longer had enough in the tank’ to do the job

While I pay very little attention to New Zealand politics I think she was one of the best political leaders in the world.

I think she was one of the best political leaders in the world.

I totally agree. Her management of COVID and rapid strengthening of gun control after the Christchurch mosque shootings made international headlines. I’m sure there are hundreds of other accomplishments we on the other side of the world haven’t heard about. It must have taken a lot out of her because her stated reason was that she “didn’t have the energy” to continue. Imagine that – a politician who voluntarily steps down because they believe their country deserves better than what they’ll be able to give. What a contrast to the self-serving crooks, liars, and grifters we’re so used to.

I’m just hoping that she might do a mad dash across the ditch (westward) and come here to Aus!! Smart, humble, empathetic, diplomatic, bloody hell, what’s not to love about Jacinda. Just hope that whoever takes the reins has enough of the above to even partially fill her shoes. It’ll be a tough call!

That’s a shame. She was a good thing for my home country, and showed the world what was possible, even though most of the criticisms levels at her had some legitimacy. But I get it; she had reached her limit, and knew it. I can totally relate to that feeling.

Bless her. She was a great leader. Wish the US could produce someone of her caliber. We could sure use it these days.

They say
Jacinda is yielding her power and stepping away
Is that true?
I wasn’t aware that was something a person could do

I’m just hoping that she might do a mad dash across the ditch (westward) and come here to Aus!!

So taking the long way round? I guess she needs a break. I suppose a grand tour, and some lucrative stops to make some speeches along the way could be part of that break.

I was surprised and saddened to see this news today. She seemed to be a competent and successful leader in my eyes. While I think the world would be a better place if politicians tried to emulate her, I have to wonder why politics has to be so difficult. So difficult that smart, empathetic leaders like her feel the job is too much, or stay out of politics altogether, while pathetic, pathological liars can happily stay in the game for many years and even decades. I can’t blame her for resigning. You only have one life here and dedicating 5+ years of it to leading a nation is a pretty good run.

Just a cheap ploy to get NZ voters to beg her to take on the job again.

Nah, probably not. But it would be a good one, not employed enough by politicians the world over.

not employed enough by politicians the world over.

Probably because it wouldn’t work for most of them - see Boris Johnson for a (sort of) recent example. Which in turn (certainly in that case) is because they aren’t that widely liked. Ardern is (sadly) more the exception than the rule.

Noooo! She is on my GenX Superstars roster! Kickin’ ass and making a difference! (Also Zelensky and Stacey Abrams)

Look at her taking care of her mental and physical health, tho. Respect for that.

I’m just hoping that she might do a mad dash across the ditch (westward) and come here to Aus!!

So taking the long way round?

Australia is directly west of NZ. Unless I misunderstand your comment?

Australia is directly west of NZ. Unless I misunderstand your comment?

No, I totally misread kambucta’s comment and shouldn’t have replied. Please inform everyone in the universe that I should never navigate any vehicle between New Zealand and Australia. I’ll go put on the cone of shame.

According to New Zealand Police, 50 threats were made against Ardern in 2021 – up from 32 in 2020 and 18 in 2019. The threats related to vaccinations, Covid-19 and firearms, police said, though it was impossible to ascertain a motive for many as they included “simply offensive, obscene or threatening words.”

So, anti-vaxxers and gun nuts may have influenced her decision to leave.

While she’s pretty popular internationally, her approval ratings have taken a nose dive in NZ since the height of the pandemic. It’s just the nature of democracy that voters ask “what have you done for me lately?” Inflation and crime seem to have become bigger issues in NZ and her government has not been seen as dealing with them effectively.

They say
Jacinda is yielding her power and stepping away
Is that true?
I wasn’t aware that was something a person could do

to the tune of “Man Smart, Woman Smarter”? Apropos.

It’s “I Know Him” from Hamilton.

“The rainbow unicorn has left the building” (as one political commentator said).

This wasn’t unexpected, though. Some of us here in New Zealand had predicted it - although the timing was a surprise.

Labour’s polling has been on a downward slide for some time, the country’s looking at a recession just in time for a General Election and - possibly more importantly - there’s a radical Maori caucus within Labour pushing for power on a number of fronts that the Prime Minister could no longer control. Three examples: reorganising the entire national health system (during a pandemic!) and adding a whole new Maori Health service. Changing the national education history syllabus to a very ‘anti-colonial’ and much more Maori-focused content. And mandating public media (by way of a ‘public journalism fund’ bribe) to promote Maori in the news.

While I’ll acknowledge that Jacinda Ardern has a gift for communicating, and has absolutely raised New Zealand’s global profile in a positive way, the domestic situation when you examine it is very different. Since her election, there have been many grand promises and announcements of ‘transformation’ in housing, child poverty, mental health, etc. None eventuated. Yes, the Prime Minister has had to deal with the Christchurch terrorist attack, a deadly volcanic eruption on White Island and then Covid-19. Yes, the invasion of Ukraine has had an impact on global supply chains, which impacts our food prices considerably. But Jacinda Ardern’s government wasted a parliamentary majority on ideological feel-good projects rather than tackling any of the hard issues.

Our truancy rates are embarrassing. Rheumatic fever (a third-world problem) is a problem here. Getting doctors and nurses to work here (rather than moving to Australia for significantly better pay) is near impossible. The ‘borrow and spend’ economic mismanagement of Labour these last five years means many New Zealanders coming off fixed mortgages this year may well lose their homes. Ram raids by teenagers on liquor stores and jewellers are a frequent occurrence and go largely unpunished.

I could easily go on. The country is split like never before, and that’s not due to the antivax crowd (as much as the Left would like to portray it as), but because our Prime Minister has been leading us down a path towards tribal governance and away from a free and liberal democracy. If you think I’m exaggerating, then consider Labour’s push for ‘hate speech’ legislation and a sly attempt to amend legislation to prevent future governments repealing a water infrastructure bill that hands control of the national water supply to Maori tribes. Thankfully we have an Opposition that’s still able to stop this kind if nonsense, but most New Zealanders have been horrified by the underhand ways this Government has been working in.

For a Prime Minister who received such a strong electoral mandate to govern for a whole three-year term to then jump ship as soon as she realised she’d lose the next election just demonstrates that she cares more about the image than actually getting any proper work done.

Jacindamania was great while it lasted, but it was only a political sugar high.

Understand that there is no truth in the rumour that Scott Morrison, who has been a couple of jobs short recently, has been planning to have himself sworn is as NZ Prime Minister and to take over next week.