I can’t find the NY Times article. Searched for “Hillary Clinton” and configured the search for the past seven days. Is it hidden behind their paywall? I suspect it is.

Yahoo has a lot of the information, that the NY Times reported. I’d love to know exactly what the NY Times uncovered. They have excellent reporters and usually pretty balanced.

By Jonathan Allen NEW YORK (Reuters) - At least four emails from the private email account that former U.S. Secretary of State Hillary Clinton used while in office contained classified information, according to a government inspector's letter that...

The U.S. Justice Department is weighing a request by two government inspectors general to open a criminal investigation into Hillary Clinton’s use of a private email account for her work as secretary of state, the New York Times reported on Thursday.

Two more IGs that Obama will fire, I suspect. And no, the Justice Department will not be pursuing a criminal inquiry.

Obama can’t interject himself into a legal investigation. Firing two inspectors general to protect a political ally would be disastrous.

He did it for Kevin Johnson, although this is certainly a more high profile case.

I need a better source than Yahoo to get excited. Let’s see today’s stories… “Banks feel cheated by brilliant home payoff plan”…“New US Currency Law now in effect”… “The newest Obamacare fail: penalties of $36,500 per worker”

Graffiti on the men’s room wall has more gravitas than yahoo news.

Bloomberg is also reporting the story. The original source in both cases is the NYT, but for whatever reason the NYT doesn’t think this is a front page story.

Bloomberg also notes that JOhn Kerry was asked about it and he did know about the investigation, so it’s almost certainly a real thing. 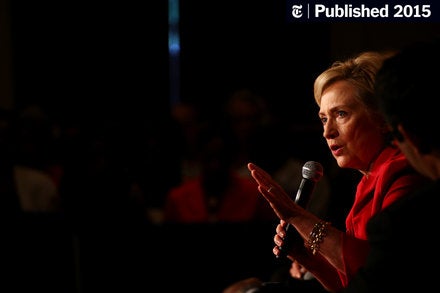 Inquiry Sought in Hillary Clinton’s Use of Email (Published 2015)

Since her use of a private email account for State Department business was revealed in March, Hillary Rodham Clinton has repeatedly said she had no classified information on the account.

It is actually front page news in today’s print edition according to the link.

I need a better source than Yahoo to get excited. Let’s see today’s stories… “Banks feel cheated by brilliant home payoff plan”…“New US Currency Law now in effect”… “The newest Obamacare fail: penalties of $36,500 per worker”

Graffiti on the men’s room wall has more gravitas than yahoo news. Inspector general of the intelligence agencies acknowledged sending a “referral” to the Justice Department.

As always, people might want to wait a couple days for the story to develop before hyperventilating. Aw, who am I kidding? Where’s the fun in that?

As a Democrat I have conflicted feelings. On the one hand, I’d hate to see meaningful evidence that any high-profile Democrat broke the law, intentionally or otherwise. But on the other hand, I’ve never cared for Hillary and don’t think she’d be a particularly good candidate so I kind of hope something will level the playing field for the Democratic nomination.

I think you may want to give him longer than 3 1/2 hours. Especially when his last post in this thread was at 7:59. Some people do have day jobs and schedules (note: I’m not suggesting that you don’t, nor am I trying to speak for anyone, other than speculation).

As a Democrat I have conflicted feelings. On the one hand, I’d hate to see meaningful evidence that any high-profile Democrat broke the law, intentionally or otherwise. But on the other hand, I’ve never cared for Hillary and don’t think she’d be a particularly good candidate so I kind of hope something will level the playing field for the Democratic nomination.

I’ve said before, as a liberal Democrat (much to the chagrin of my older brother, most of the people he associates with, and the general population of my state of residence, Kentucky) that assuming Clinton gets the nod, the only person who could beat Hillary IS Hillary.

Can’t get excited about this. Presumably as president, her email account will be quite secure indeed.

WSJ is now reporting that, after inspecting 40 out of 30,000 emails, the “Inspector General of the Intelligence Community” found 4 that contained information that was classified at the time it was sent. 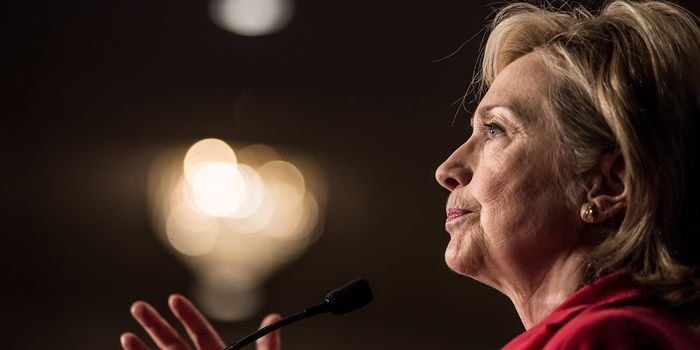 Hillary Clinton Sent Classified Information Over Email While at State...

DOJ says this isn’t quite true. DOJ: No, We Weren’t Asked To Launch A Criminal Probe Into Clinton’s Emails |...

The U.S. Justice Department said Friday that, contrary to media reports, it did not receive a request to open a criminal investigation into how sensitive information was handled in Hillary Clinton'

The U.S. Justice Department said Friday that, contrary to media reports, it did not receive a request to open a criminal investigation into how sensitive information was handled in Hillary Clinton’s private emails.

The New York Times reported Thursday that two inspectors general asked the Justice Department “to open a criminal investigation into whether sensitive government information was mishandled in connection with the personal email account Hillary Rodham Clinton used as secretary of state.” The language of that report originally cast Clinton as a target of the requested probe, but notably was changed after Times reporters received complaints from Clinton’s presidential campaign.

The agency now says that it what it received was “not a criminal referral,” but a request related to the potential compromise of classified information, according to Washington Post report Sari Horowitz:

Rep. Elijah Cummings (D-MD), the top Democrat on the select House committee investigating the Benghazi attacks, also rejected the notion that the inspectors general of the State Department and intelligence agencies asked for a criminal probe into Clinton’s email account.

"I spoke personally to the State Department inspector general on Thursday, and he said he never asked the Justice Department to launch a criminal investigation of Secretary Clinton’s email usage,” Cummings said in a statement, as quoted by The Hill.

Cummings added that the State Department inspector general “told me the Intelligence Community IG notified the Justice Department and Congress that they identified classified information in a few emails that were part of the [Freedom of Information Act] review, and that none of those emails had been previously marked as classified,” according to The Hill.

I get all my Clinton information from FoxNews:

A Justice Department official confirmed to Fox News that they received a “referral” regarding the “potential compromise of classified information.” However, the official said it is not a “criminal referral,” despite an earlier claim to the contrary. Williams also said their office requested a “counterintelligence referral.” …

However, the inspectors general wrote in a subsequent memo last week that “several” of Clinton’s emails contained classified intelligence information – and at least one of them was made public. The same memo said the information was not originally marked as classified.

The findings were first reported by The New York Times.

“As has been reported on multiple occasions, any released emails deemed classified by the [Obama] administration have been done so after the fact, and not at the time they were transmitted,” Merrill said.

Yup. The media (NYT inclusive) is desperate to whip up something as news. Maybe waiting until stories are verified and fully clarified would make better journalistic practice but hey this way brought more clicks!

No question in my mind that the private server bit was a bad judgement call that remains bad judgement despite the fact that other SOSs have done it and that it was legal. Right now it seems like there is no clear evidence that anything classified went out that was classified when it went out but damn it seems like doing it that way is creating a circumstance in which such mistakes are more likely to occur.

As the old joke goes, just because she is a bit paranoid does not mean that there are not many forces, including mainstream media ones, out to get her. They are. And this whole thing was still a judgement mistake. Not a huge big deal one, but so far the worst anyone’s got.

The NYT and Washington Post are the most respected news services we still have.

I wouldn’t have given this story a second thought but the NYT brand means something.

They aren’t perfect but they sure as hell aren’t Fox News either.

Thank you for the link. Can’t imagine why I couldn’t find it this morning with NYT’s search and a date range check.

I wouldn’t have given this story a second thought but the NYT brand means something.

Then let’s quote the Times.

An earlier version of this article and an earlier headline, ​using information from senior government officials, misstated the nature of the referral to the Justice Department regarding Hillary Clinton’s personal email account while she was secretary of state. The referral addressed the potential compromise of classified information in connection with that personal email account. It did not specifically request an investigation into Mrs. Clinton.

Keep digging. I’m sure there’s a pony in there somewhere.

There comes a point where an unbiased criminal inquiry is the only way to proceed. Justice and confidence in our leaders supersedes politics. Certainly future leaders too. What happens if the Dem nominee is embroiled in a criminal investigation during the general election? It’s unprecedented.

I don’t think we’re there yet. But this seems significant. source NYT linked earlier

The request follows an assessment in a June 29 memo by the inspectors general for the State Department and the intelligence agencies that Mrs. Clinton’s private account contained “hundreds of potentially classified emails.” The memo was written to Patrick F. Kennedy, the under secretary of state for management.