My Wife and I often head South in the spring to get out of the snow. End of April - Early May.

We have done Mexico numerous times, Costa Rica and Belize too.

For this trip we are thinking maybe something simple. Key West. Or perhaps one of the other Keys?

We like to explore around on our own, maybe see a show. We also like to just hang by the beach/pool and read. We will have a car.

We went to Key West about nine years ago. Lovely trip.

You’ll want to watch the sun set on Mallory Square…it’s a whole big thing, with vendors and music.

Ivylad and I spent a lot of time on the bight and did some water excursions. Of course, you must visit Hemingway House, Sloppy Joe’s (Hemingway’s bar) and the butterfly garden.

Hit up the Blonde Giraffe for key lime pie.

We went to Key West about nine years ago. Lovely trip.

You’ll want to watch the sun set on Mallory Square…it’s a whole big thing, with vendors and music.

Ivylad and I spent a lot of time on the bight and did some water excursions. Of course, you must visit Hemingway House, Sloppy Joe’s (Hemingway’s bar) and the butterfly garden.

Hit up the Blonde Giraffe for key lime pie.

Thanks the hotel we are thinking about is almost next door to the butterfly garden. And we LOVE key lime pie.

We stayed here but this one is right downtown on Duval Street, next to Mallory Square, if you want more action.

The Rum Barrel has like 150 different rums, and makes a good burger and has a rooftop set up as a sidewalk cafe.

We stayed here but this one is right downtown on Duval Street, next to Mallory Square, if you want more action.

Thanks. Those both look great.

My husband and I were there a couple of years ago. Check out the Key Lime Pie Co on Greene St. They use all natural ingredients and you can watch them making them! Also check out Shots & Giggles on Ann St. It’s a quaint LITTLE bar where locals like to frequent. You already know about the Butterfly and Nature Conservatory, one of my favorite trip experiences.

The Hemingway House is an absolute must-see. The place has a special aura about it. I hope I can make it back there some day.

There is also the “Little White House.” I was somewhat less struck by that one.

Marrero’s Mansion is right off downtown and is a lovely place to stay. Quiet, with its backyard pool beautifully graced with and surrounded by a lot of flowering plants which block out the neighbors and the city noise nicely.

It’s a long way from the beach, but honestly, Key West doesn’t have much in the way of beaches. We walked over to Ft. Zachary Taylor from Marrero’s to enjoy the beach and the fort tour.

If you’ve gotta have the beach a few steps from your room, try the Waldorf resorts in town. They were nice enough. But we liked Marrero’s better.

IMHO, the best part of Key West was taking a seaplane out to Ft. Jefferson National Park and spending the day there.

The Ocean Key Resort (at 0 Duval Street) has a great bar on their pier, accessible to anyone off the street. If you sit on one side of the pier, you view the Gulf of Mexico. If you sit on the other side, you view the Atlantic Ocean. I was relaxing there once time, enjoying some conch fritters and raw oysters, when the place was suddenly SWARMING with DEA agents toting machine guns! They were there to meet a fishing boat which had accidentally dredged up a chest full of cocaine, and had radioed ahead to make sure someone benign would take it off their hands!

When I become a millionaire from teaching, I’ll spend my summers on the Lake Erie islands and my winters in the Florida Keys.

My favorite places to eat are Rick’s Blue Heaven and B.O.'s Fish Wagon. The latter is a tiny open-air operation with the inscription “No shirt, no shoes, no problem.” If you like seafood, there is no reason to eat meat in Key West, virtually every fish or shellfish you get was in the ocean 24 hours ago.

The best place to drink is anywhere, and the best time is any time. There’s a bar whose first happy hour is at 6am.

The AIDS memorial by the White Street Pier is moving. And if you don’t go to a drag show, why are you even going to Key West?

The best beach in Key West is probably at Fort Zachary Taylor State Park, but one of the best beaches anywhere in America is at Bahia Honda State Park. It’s about a half-hour drive up the Keys, just past Big Pine Key. I like the Lower Keys and often stay on Big Pine instead of Key West. Driving the Overseas Highway in a convertible is like nothing else, especially if you’re coming from a cold dark northern winter.

If you like snorkeling, Looie Key is the place to go. It won’t be hard to find info on companies that will take you out there.

Buy one of the several books about the whirlwind romance between Count Carl von Cosel and Maria Elena Milagro de Hoyos. Plan a mini-tour around their various “hot spots.”

Or at least read this article! 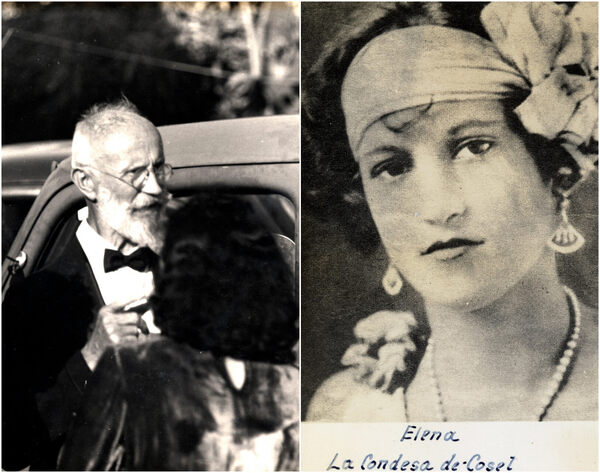 The Macabre Romance of a Man and a Mummy

Using plaster of Paris, wires, mortician’s wax, and glass eyes, Tanzler brought Elena “back to life,” and proceeded to take her to his home where the pair shared a marital bed.

Oh, and have Cuban sandwiches.

Hey perfect timing for this thread! We might be going over Presidents Day weekend.

I haven’t been in over 10 yrs, but what I certainly remember that is a must do (as others have already mentioned)

As much as I love that park, it ain’t the remotest, not by a long shot. Isle Royale is arguably more remote, but there are also a few national parks in Alaska that are far more inaccessible and further removed from human settlements than the Dry Tortugas are.

Thanks again everyone. Booked our flight last night. April 30th to May 2nd. Still not sure where we are going to stay. Ocean front is not all that important, a really nice pool is.

We are going to fly into Miami and rent a car. Want to do the drive anyway. I generally hate convertibles, but may think about one for this trip…

The Rum Barrel has like 150 different rums, and makes a good burger and has a rooftop set up as a sidewalk cafe.

I had a divine black and blue burger there. Yum. IIRC there’s a pirate/salvage museum next door.

Visit the Mel Fisher Museum, but the gold bar is still missing.

Forgot to mention, in one of my guidebooks, you may stumble across a nondescript white trailer. I seem to remember it was downtown somewhere. That’s Jimmy Buffet’s recording studio.

Don’t bother with Margaritaville. It’s a chain and while it’s a fun restaurant with decent food, you’re better off checking out the local places.

A meal on Sunset Key at Latitudes (the only restaurant) is nice. I believe that you have to call ahead. Its a five a five minute ferry ride from the Mallory Square area. Our large group had breakfast there one morning. The food was very good and the view unbeatable. Not cheap but, hey, you’re on vacation.

The Commodores Boathouse Bar has a great happy hour. Be sure to be early because it fill ups pretty quickly. Schooners is another good bar. Usually some sort of entertainment. Very casual.

If you’re into fishing at all, catch a half day party boat. When finished, they clean the fish for you and you can take it to Donte’s (right by the dock) where they’ll cook it for you. If you like outdoorsy, educational stuff check out an eco tour. We went with Lazy Dog. Kayaked with a guide around the mangroves at Sugarloaf Key and spent about an hour snorkeling. Its different than the offshore reef snorkin’ (also highly recommended!) as you are in very shallow water. There’s still stuff to see, though.

Overall, just walk around and pop into anything that interests you. Just don’t stay too long in one spot or you’ll miss a lot. If, like us, you like to cocktail, keep your eyes out for those free brochure/coupon books. You can get two-for-one or discounted drinks in many places if you put a little effort into it.

Of course, you must visit Hemingway House, Sloppy Joe’s (Hemingway’s bar) and the butterfly garden.

I second this. Ft. Jefferson is an awesome tour. You can take a ferry or a plane. The ferry is a couple of hours IIRC, but they serve brunch and offer booze. The ferry trip also includes snorkeling too. it was awesome.

If you’re looking for a fun off-the-beaten-path bar; The Green Parrothas earned a lot of repeat business from me. They have good live music. It’s a blast, and was a blessing when we realized we were ending our trip on the weekend that spring break began; so it was a nice change from drunk 20 year olds.